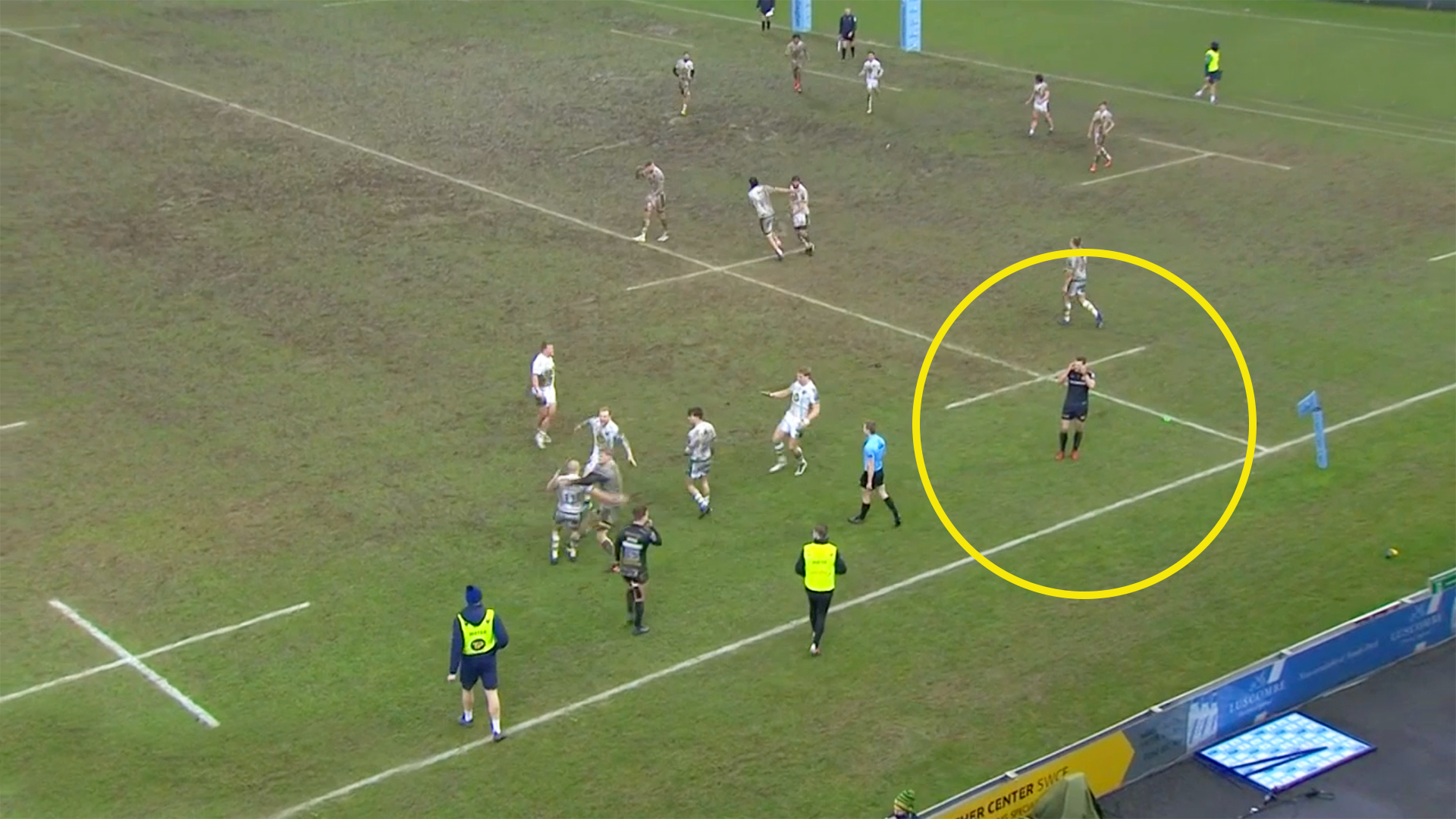 There were dramatic scenes at Sandy Park this afternoon with Exeter Chiefs suffering a stunning loss at the hand of Northampton Saints in the Premiership.

With the scores stood at 12-13 in the last play of the game – Joe Simmonds had a touchline conversion attempt to win it – what followed has split fans online.

Were Saints lucky to get away with this?

The game had been an attritional encounter up to this moment in difficult conditions. Fans had already complained online about the state of the playing surface at the home of the reigning premiership champions.

Here was the pitch at Sandy Park earlier today.

The warm ups are coming to their conclusion here on a really cut up Sandy Park pitch https://t.co/eK7dVRgxpZ pic.twitter.com/a1lXL9rqXK

It was the last play of the game that really caused a stir in Devon today.

Sam Skinner scored in the corner in the last play of the game for Chiefs to set up an all or nothing kick for Joe Simmonds, right on the Sandy Park touchline.

Here was the kick below.

We see as Joe Simmonds prepares his run-up, moving his left shoulder slightly, leading to the Saints players to begin charging the conversion attempt down.

You can actually just see the moment that the Chiefs fly half looks up to realise what is happening.

The Saints players race towards Simmonds, screaming ‘he’s moved! He’s moved!’ before booting the ball off the tee and into the stands.

There’s complaints from the Chiefs bench but the referee confirms that the Exeter ten had indeed begun his run up.

Age old rhetoric around the character of rugby versus ‘another sport’ but you have to note the restraint of the Exeter players following the Joe Simmonds charged down conversion. 👏🏼👏🏼👏🏼 #EXEvNOR

Not sure Joe Simmonds started his approach there. Just wiggled his shoulders a bit as he tends to do. Could / should ref go to TMO for that? Just to be sure? Big call. @WayneBarnesRef @premrugby

Seeing that Joe Simmonds conversion attempt again shows what a shocking decision it was. If he was deemed to have started his run up then nobody will ever be allowed a conversion again