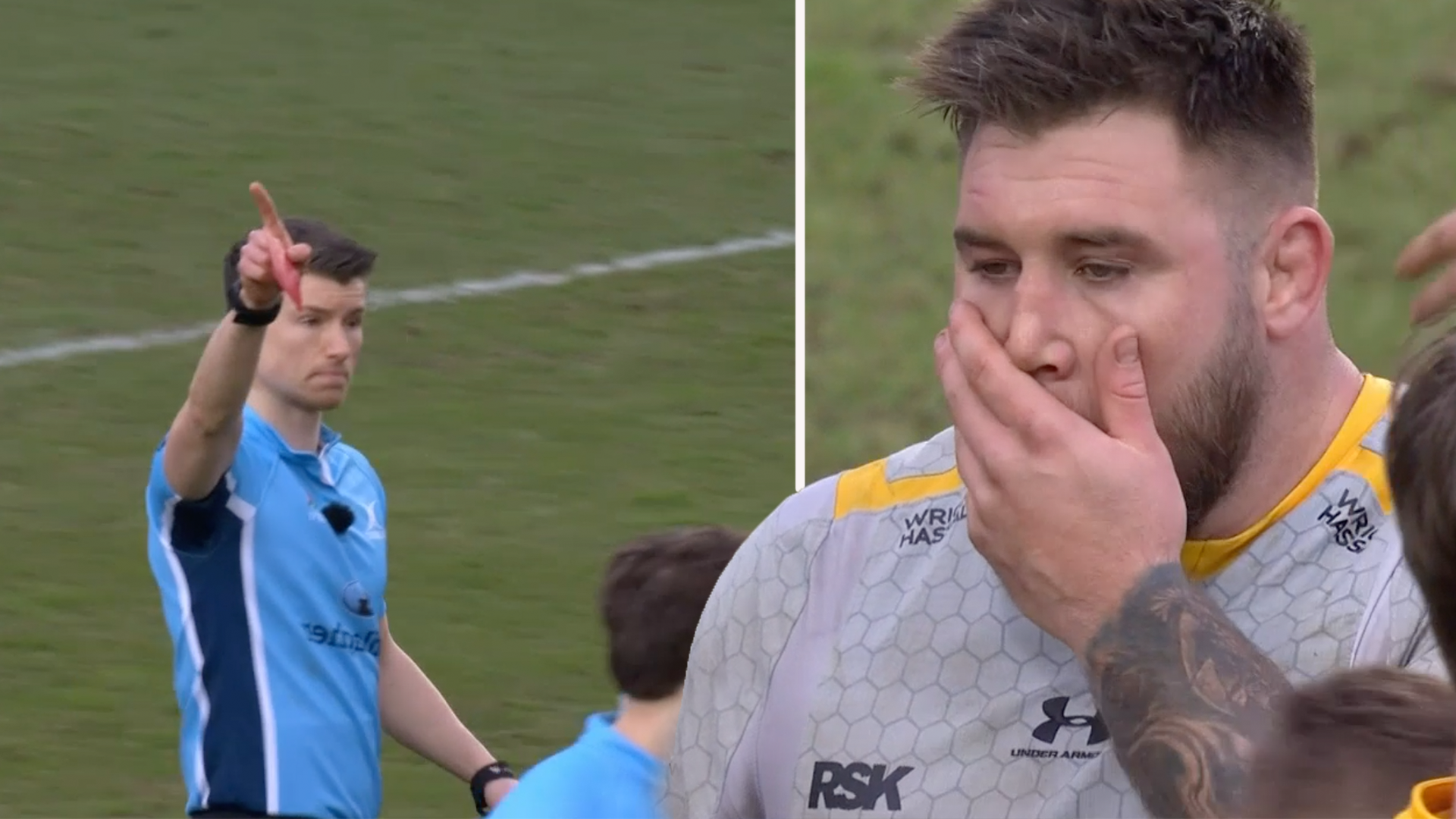 Fans on social media have been reacting to a dramatic weekend in the Gallagher Premiership with four red cards being shown so far this weekend.

With a week off from the Six Nations, all eyes were on England’s top flight and some of the content on offer was less than savoury.

Kieran Brookes sending off against Leicester Tigers was the fourth sending off of the weekend with fans calling into question the new rulings around the tackle area.

This was the red card offence that saw the Wasps prop being sent off against the Tigers.

Some fans on social media thought that this wasn’t a sending off incident with Brookes’ arm leading onto the head – but the TMO and referee ruled that the shoulder to the head was enough to see him leave the field.

The FOURTH red card of the #GallagherPrem this weekend 🟥

Kieran Brookes is the second player to be sent off in the #LEIvWAS match pic.twitter.com/ffgba3m9eP

Here is how fans reacted to the fourth red card of the weekend.

Jean Luc Du-Preez really looks to have got away with a yellow card today considering Keiran Brookes red card. Brookes one seems the most harsh but he does hit Lavanini’s head🤷🏻‍♂️#LEIvWAS #HARvSAL

Kieran Brookes red card is an example of why we might need ‘orange cards’.

There was a red card earlier in the match for Tigers man Jasper Wiese.

Here is a video of the incident from earlier today.

Here is what Andy Goode had to say about the red card that Kieran Brookes received in the match.

Red all day long again, why are players not understanding you can’t tuck your arm?!

Here was one of those sending-off offences.

The first of two red cards at Kingsholm last night – what did we think of this? 🤔 pic.twitter.com/U3vW4ZUyMh