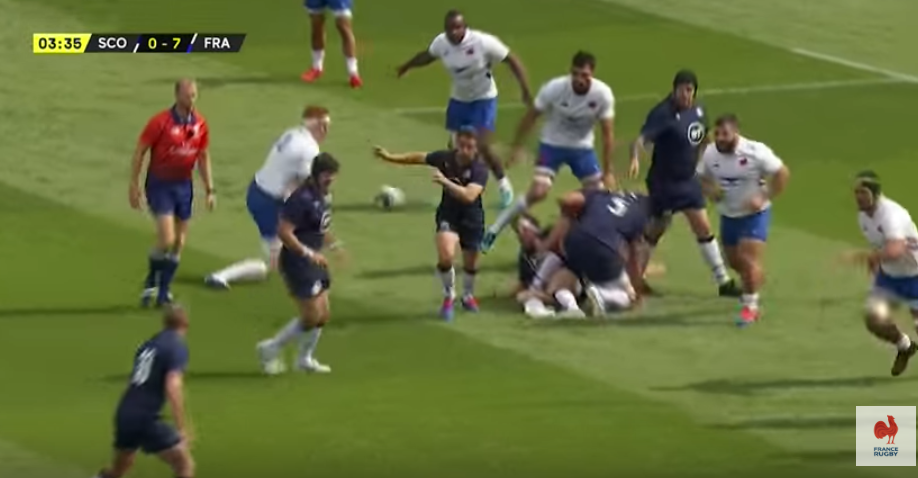 Highlights of Scotland vs France.

Jim Mallinder is to leave the Rugby Football Union (RFU) to join Scottish Rugby as its new Performance Director.

Mallinder has worked throughout the English club game at the highest level and led teams at senior age-grade and England Saxons, alongside roles in the English National Academy. He most recently worked as the performance pathway coach with the RFU and led an England XV to victory against the Barbarians in June this year.

The former Northampton and Sale Sharks head coach will lead Scottish Rugby’s performance department from the newly created Super6 competition for semi-professional club teams through to the Scotland men’s national team, with his remit also including developing the player pathway, Scotland 7s and Scotland Women.

Mallinder said: “I’m sad to be leaving the RFU as I’ve really enjoyed my time here, in particular getting to work with some fantastic people in a wide range of roles within the men’s pathway. I will miss working with them all but this was an opportunity that I couldn’t refuse.

“It’s a chance to lead a long-term programme, work with talented people, and I’m looking forward to moving up to Scotland and getting started.”

RFU Professional Rugby Director Nigel Melville added: “I’d like to thank Jim for all the work he’s done within the player pathway over the past year and, on behalf of everyone at the RFU, wish him all the best for his new role with Scottish Rugby.”

Mallinder began his coaching career with Sale Sharks in 2001 which he led to its first Heineken Cup qualification in his opening season and first European silverware the following year.

In 2004 he moved to the RFU’s National Academy and coached the England U21 side to the 2006 Six Nations title. This led to him also taking on the England Saxons coaching role and he oversaw an impressive record of 15 win from 16 matches.

He was soon back in demand at club level and joined Northampton Saints in June 2007, winning them promotion back into the Guinness Premiership at the first time of asking with an unbeaten first season in charge.

Success was achieved over many years at the midlands club with a European Challenge Cup win in 2008/09 season followed by the Anglo-Welsh cup the following year.

In 2010/11 Mallinder became the first coach to take a team to the Heineken Cup Final unbeaten through the pool stages, losing the final to Leinster eventually.

The club reached the Premiership Final in 2012/13 losing to local rivals Leicester Tigers but went one better the following year and secured the English game’s top prize, the Premiership title, by beating Saracens in the 2013/14 final.

The club had won the Amlin Challenge Cup against Bath the previous week to cap a memorable double winning season.

He left the club in December 2017 and became the England player pathway coach in June 2018.

Following Mallinder’s departure, and Steve Bates last month, the RFU will now be recruiting for the England U18 head coach and England U20 head coach roles.