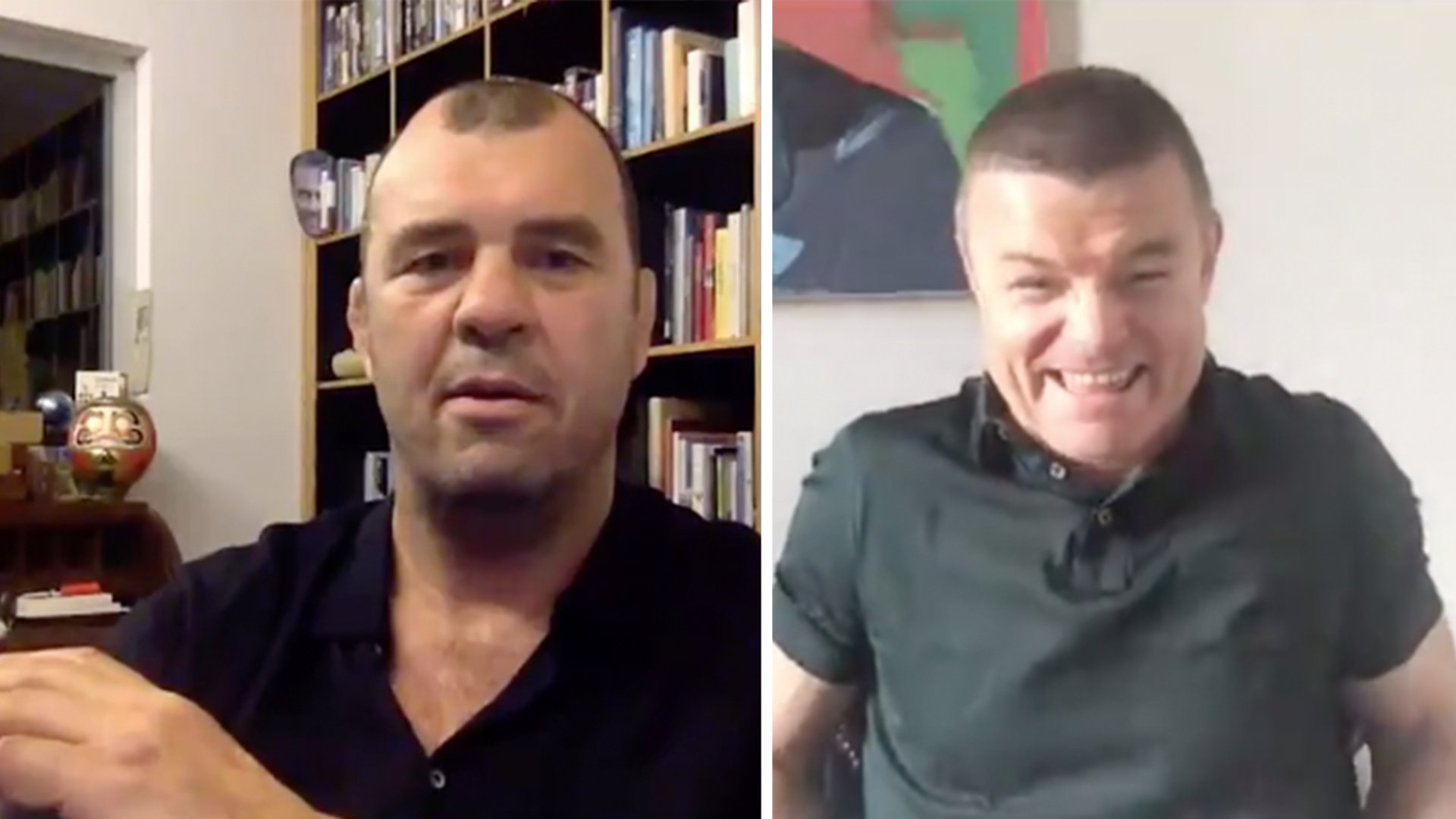 The trio were filming a live skype call for tomorrow’s episode of ‘Rugby Tonight’ which will be going out on Wednesday.

Brian O’Driscoll and Martin Bayfield were speaking to Cheika on the live call when it seems that Leinster coach Leo Cullen joined the chat a few minutes too early, replacing the slot that Cheika had on the call.

It makes for hilarious viewing as the hosts initially look confused, only to then erupt in a fit of laughter as they realised what has happened!

Brian O’Driscoll is particularly funny as he realises what has happened!

Ex-England boss Stuart Lancaster has let slip he would be open to an approach from Warren Gatland about working on the 2021 Lions tour in South Africa. Gatland struck one of the telling blows that ended Lancaster’s England reign in 2015, Wales coming to Twickenham and defeating the English in a critical World Cup pool encounter. He has since re-established his reputation in the game by revitalising Leo Cullen’s Leinster in recent years and is now hoping their sparkling run of success hasn’t gone unnoticed with Gatland, who is set to lead his third Lions tour next year. BT Sport live call

Speaking in a conference call with Irish media, Lancaster was asked if his rejuvenated CV might make him a candidate to work in the tour. “It is a long way off, isn’t it? It just feels like so far away, you just sit there thinking, ‘Oh, the Lions’. I think everyone as a coach would ultimately want to test themselves at the highest level but I’ve never personally chatted to anyone about it. So we’ll see, there’s been fantastic coaching teams that have gone in the past. I’m sure they would all be keen to put their hands up again in the future.

“But let’s hope we’re in a position, probably this time next year, where we’re really actively debating who is going on that tour and it’s going to be a fantastic tour, and everything that we hoped for will happen. But equally who is to know how long this is going to go on, it’s just so hard to look too far ahead. My mind is very much focused on do what’s right for today to help society get through tomorrow.”