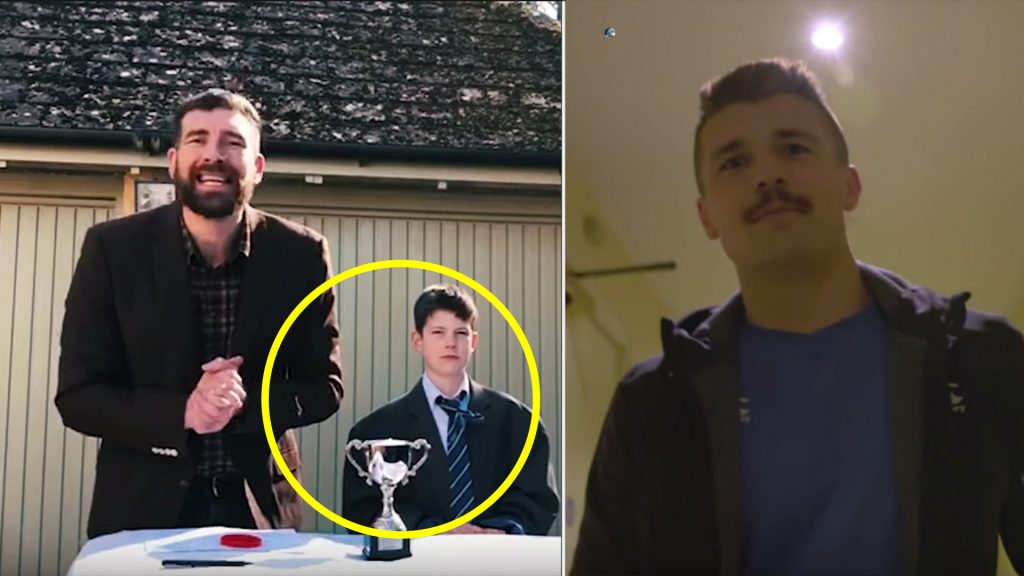 It looks like a whole host of professional rugby players will be competing against each other in FIFA 20 tournament which is being held for Charity.

RugbyPass today announced in a hilarious video that up to 25 professional rugby players will be taking each other on in a PS4 tournament, with the winner bagging $2000 for their selected Charity.

The games will take place this week and a whole host of English, Welsh and Irish Internationals are all getting involved.

Players such as Tom Curry, Simon Zebo and Adam Hastings are all taking part in the tournament.

The company did a live draw for the tournament today and it looks like it was filmed in the garden of the host Jim Hamilton as he is not available to go to a studio due to the global issues that surround the World at the moment.

It makes for a hilarious video as he gets his kids involved in the tournament live draw to see who plays who!

The competition is stacked full of big rugby names.

Here is the live draw for the competition.

Northampton have become the latest Gallagher Premiership club to confirm its players and staff are taking a 25 per cent pay cut from April 1.

English rugby has been in turmoil since last week’s suspension of the Premiership season with nine rounds of fixtures still to be played.

Squads at six of the league’s dozen clubs had agreed to a 25 per cent wage cut before last weekend, Bristol, Gloucester, Leicester, Saracens, Wasps and Worcester all confirming they had taken drastic action to combat the sudden stop of matchday revenues flowing through the game due to the minimum five-week fixtures suspension which is likely to be extended.

Harlequins followed suit on Monday and now Saints have made it an eight-strong band of clubs taking the draconian action of hitting players and coaches where it hurts most – in the pocket.