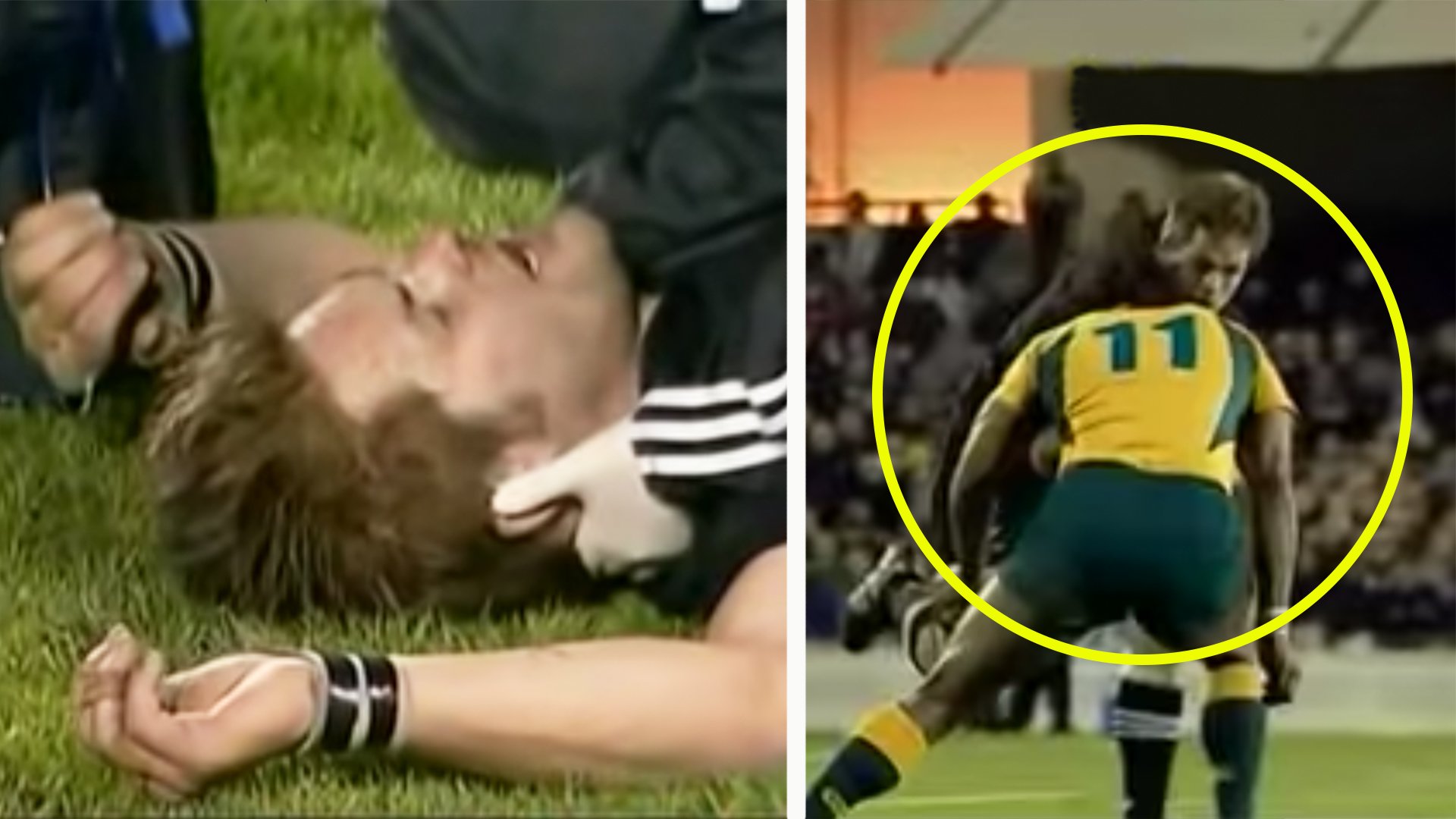 It’s not often you see Richie McCaw come off second best in a collision. This horrifying moment was one of those rare occasions.

Back in 2006 the All Blacks skipper’s career almost came to an untimely end after a horror tackle from Wallaby winger Lote Tuquri.

The shocking moment came in a Tri-Nations match between New Zealand and Australia held at Eden Park.

The Wallabies were leading by 11-20 four minutes into the second half when the fateful collision occured.

The Australian winger was handed an 11-week ban for this reckless tackle that could easily have curtailed the legendary All Black’s playing career.

The incident caused great commotion in New Zealand at the time as the countries Prime Minister intervened in the aftermath of the match commenting on “several acts of assault” on the All Blacks captain.

Asked on NewstalkZB whether Tuqiri should have been sent off, Miss Clark showed little of her usual political restraint.

“One hesitates as just someone in the stand to voice an opinion, but certainly I felt someone should have been sent off,” she said.

“I thought it was absolutely appalling. We witnessed several acts of assault against the All Blacks captain and it was very, very ugly to see.”

Tuqiri maintained there was no deliberate intent in the tackle, which left McCaw writhing in agony on the Eden Park turf.

Lote Tiquri followed on by writing an open letter of apology to the two time World Cup-winning captain a week on from the horror-show tackle.

Tuqiri didn’t approach McCaw afterwards to apologise in person about the tackle which could have seriously injured the star flanker, but McCaw said the letter was enough.

New Zealand fans will be grateful that their skipper made a quick recovery only suffering from a sore neck – this could have ended a lot worse!