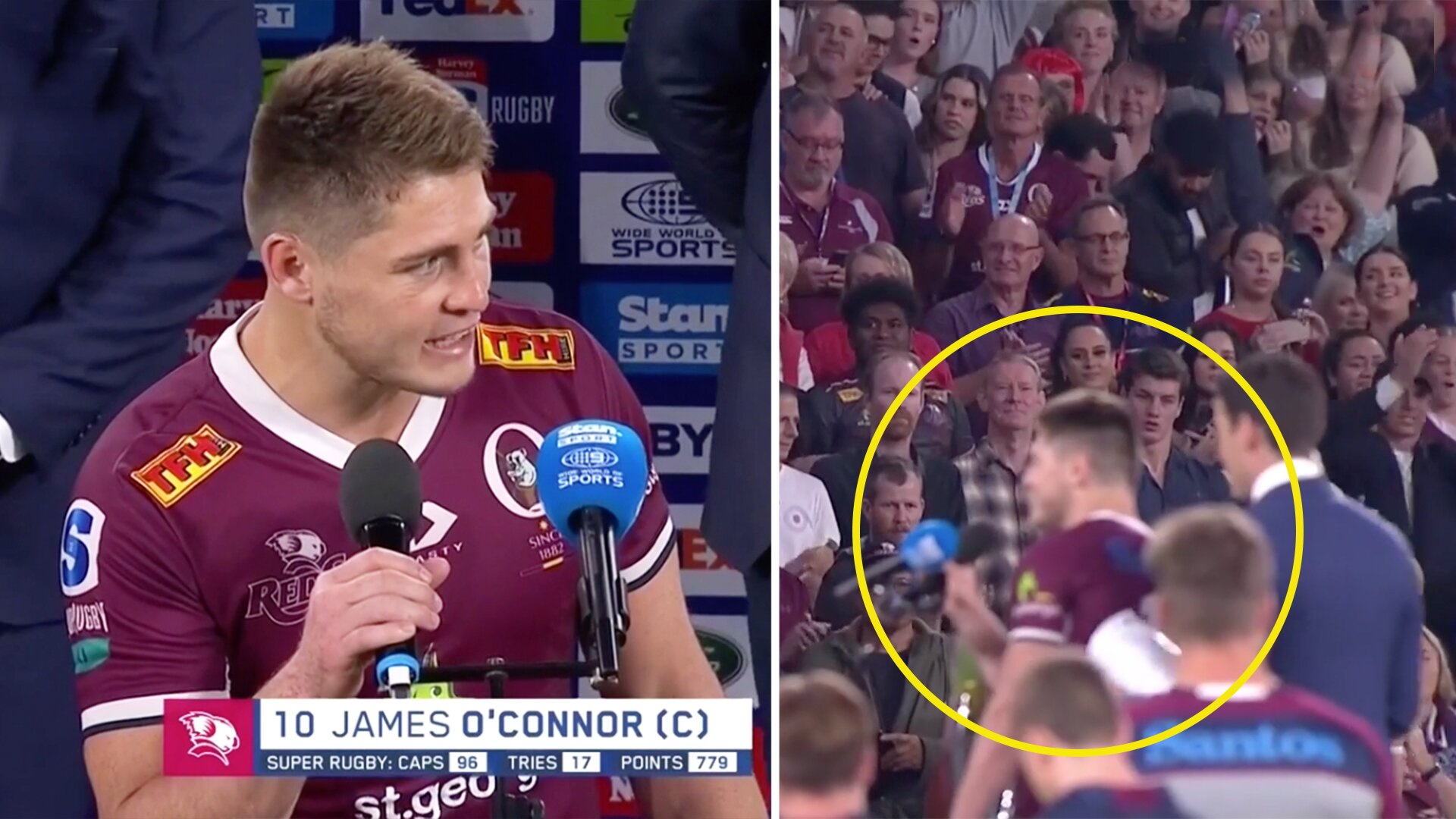 The scenes in Australia today were absolutely nuts. James O’Connor spearheaded his Queensland Reds side to a last-gasp victory over the Brumbies in a stunning Super Rugby AU final.

With a capacity crowd and huge viewing figures – it’s safe to say Australian rugby is on its way back.

There was one moment following the final, however, that raised some eyebrows.

The grand final came down to the final play earlier today with the Reds scrambling over to score in the 84th minute thanks to a dramatic last-gasp effort from their captain James O’Connor.

Watch the match-winning try in the video below.

WHAT. A. FINISH. 🤯 James O’Connor snatches victory in the 84th minute!

The celebrations following the dramatic win were wild. Videos of the Reds triumphant exploits were going viral online – and we then saw the victory speeches on the field following the final whistle.

We see as O’Connor takes the to the podium and unleashes this.