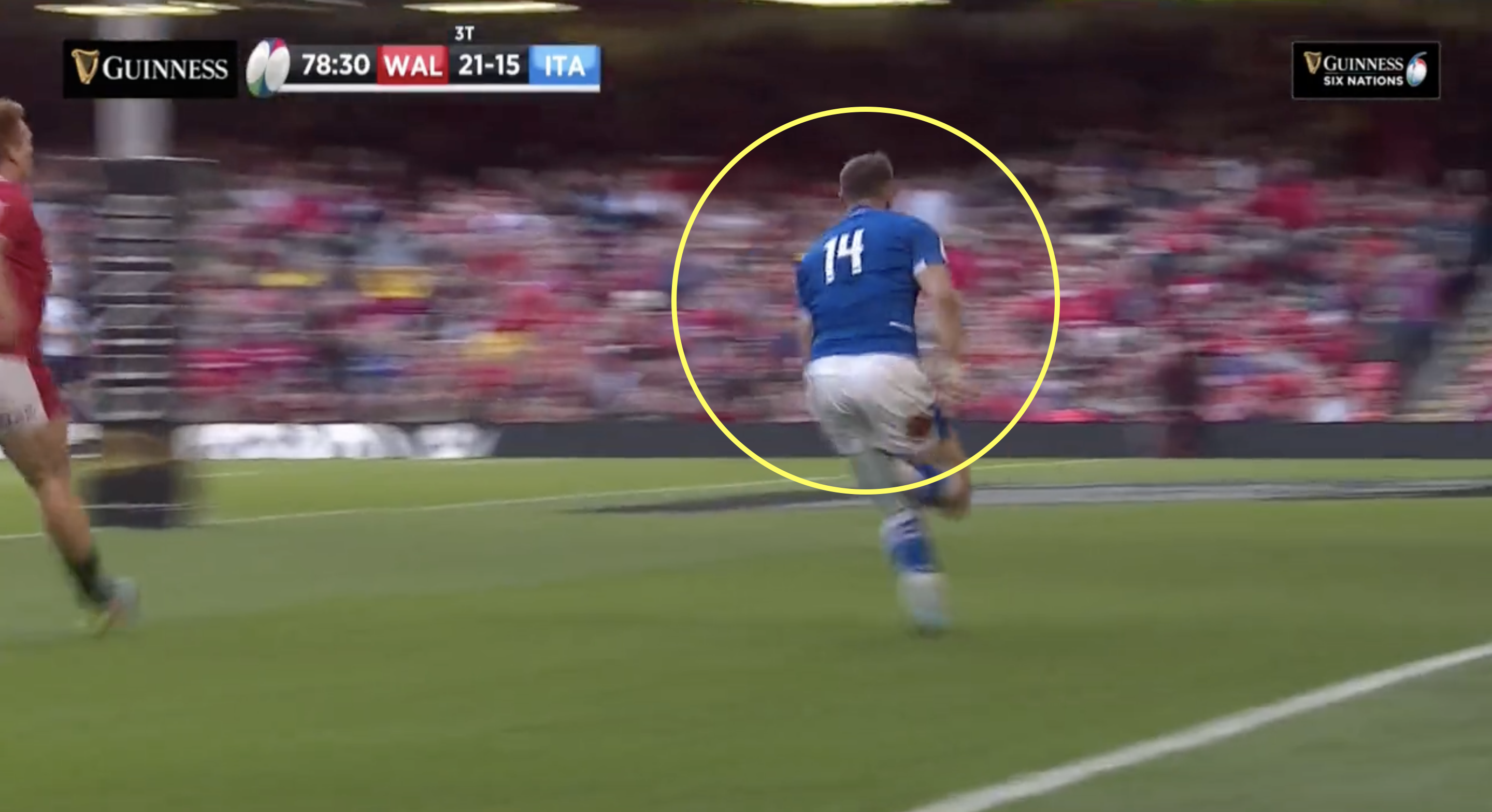 Edoardo Padovani’s match winning try at the death will go down in Six Nations history, and rightly so, but he will have to give a lot of credit to Wales’ Ross Moriarty in his try.

Following the break from Ange Capuozzo in the final seconds, Padovani was tracking his teammate to provide a supporting line. However, he was closely pursued by Welsh defenders, including Moriarty. But the flanker pushed the winger, which not only gave him an extra boost, but stopped all of the Welshman’s momentum while tracking back.

It actually looks like Padovani received some kind of speed boost in a video game which left him in the clear, allowing him to run under the posts and give his side an easy conversion for a historic win.

Italy will still finish the Six Nations at the bottom of the table, but this was their first win in the Championship since 2015.

Take a look at the try and Moriarty’s role: