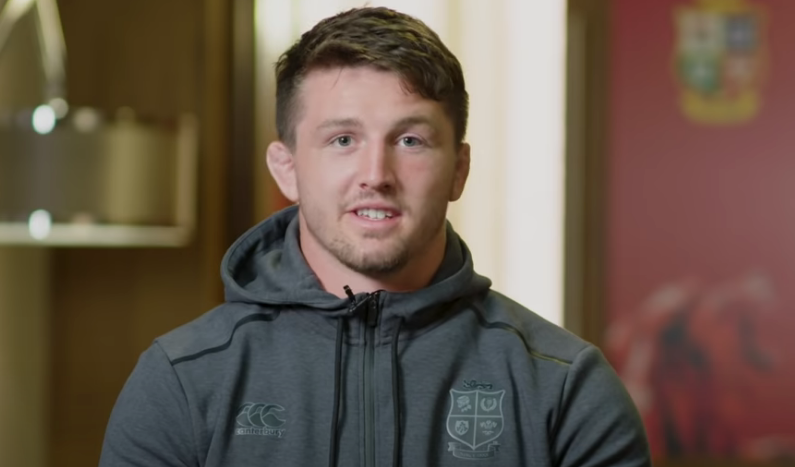 British and Irish Lions flanker Tom Curry has shared what his Sale Sharks teammate and Springboks scrum-half Faf de Klerk said to him just before he left to team up with Warren Gatland’s squad.

Speaking on The Ultimate Test, the England loose forward described one of his last encounters with the South African before they face each other in the Test series, which starts on July 24.

“So I had a conversation with Faf before I left,” the 23-year-old said.

“He was asking if I remembered that win against Quins and he was asking me to remember that. I was like ‘why?’ and he said ‘because it’s the last win you’re going to get.'”

The Lions series will not be the first time that the two players have faced one another on one of the biggest stages in international rugby. De Klerk got the better of Curry and his England teammates in the 2019 World Cup final, and England’s Sale contingent have described how the No9 was unbearable upon his return to England. This summer will be no different, so both players will be battling for bragging rights going into next season.

The Lions got their tour off to a winning start on Saturday, beating Japan 28-10 at BT Murrayfield, although Curry was not in the matchday 23. The squad have already arrived in South Africa ahead of their match against the Emirates Lions this Saturday.