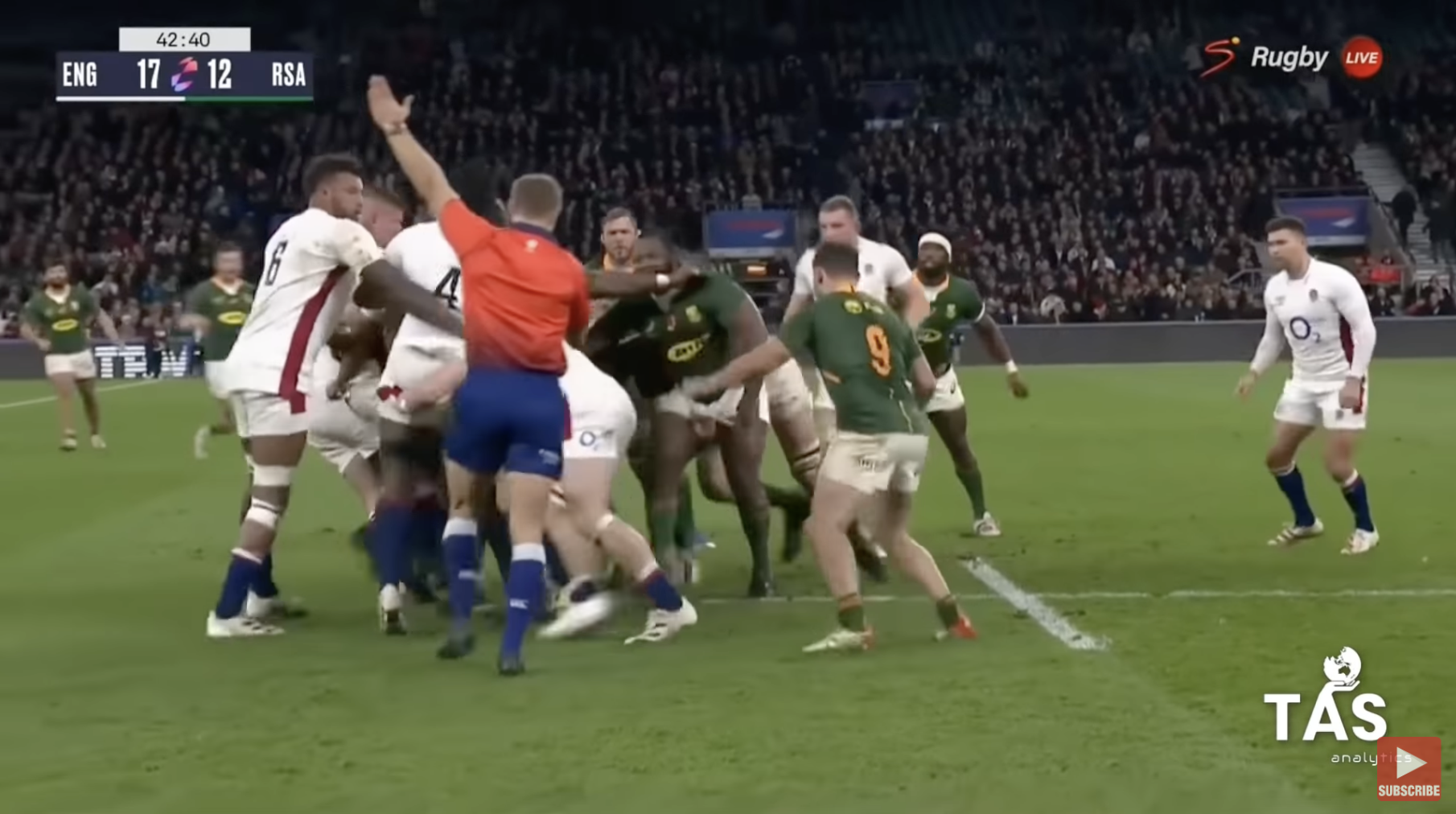 The scrum battle was billed to be one of the deciding factors when England hosted South Africa at Twickenham on Saturday, and so it proved to be.

The inexperienced front row selected by Eddie Jones was coming across a trio that had torn apart every pack in front of them this year, with the fabled Bomb Squad replacing them in the second half. It was a daunting challenge for England, but Jones and his coaching staff reiterated before the game that their pack was not weak, and they were going to prove it.

It looked like Jones prediction was correct in the opening quarter of the match, as England’s pack were able to win a couple of penalties at the scrum. That was a huge statement, and typified the hosts’ dominance in the opening stages of the match.

However, the starting Bok front row of Ox Nche, Bongi Mbonambi and Trevor Nyakane started to build momentum as the first half continued. By the time the Bomb Squad of Steven Kitshoff, Malcolm Marx and Vincent Koch came on five minutes into the second half, the world champions’ scrum was firing on all cylinders.

TAS Analytics has posted a video of the scrums in the match, and shows how England’s early success did not last, as by the time the second half came, the Boks were steamrolling through scrums.

The scrums perfectly represented the balance of power in the match as a whole, as England started out on top, but were just hanging on towards the end. In fact, one of the main reasons why England were able to come away with the win was that there were so few scrums in the second half. After the visitors won a few penalties with apparent ease in the scrum at the beginning of the second 40, England managed to avoid that confrontation for the rest of the match.

Take a look at the scrums: