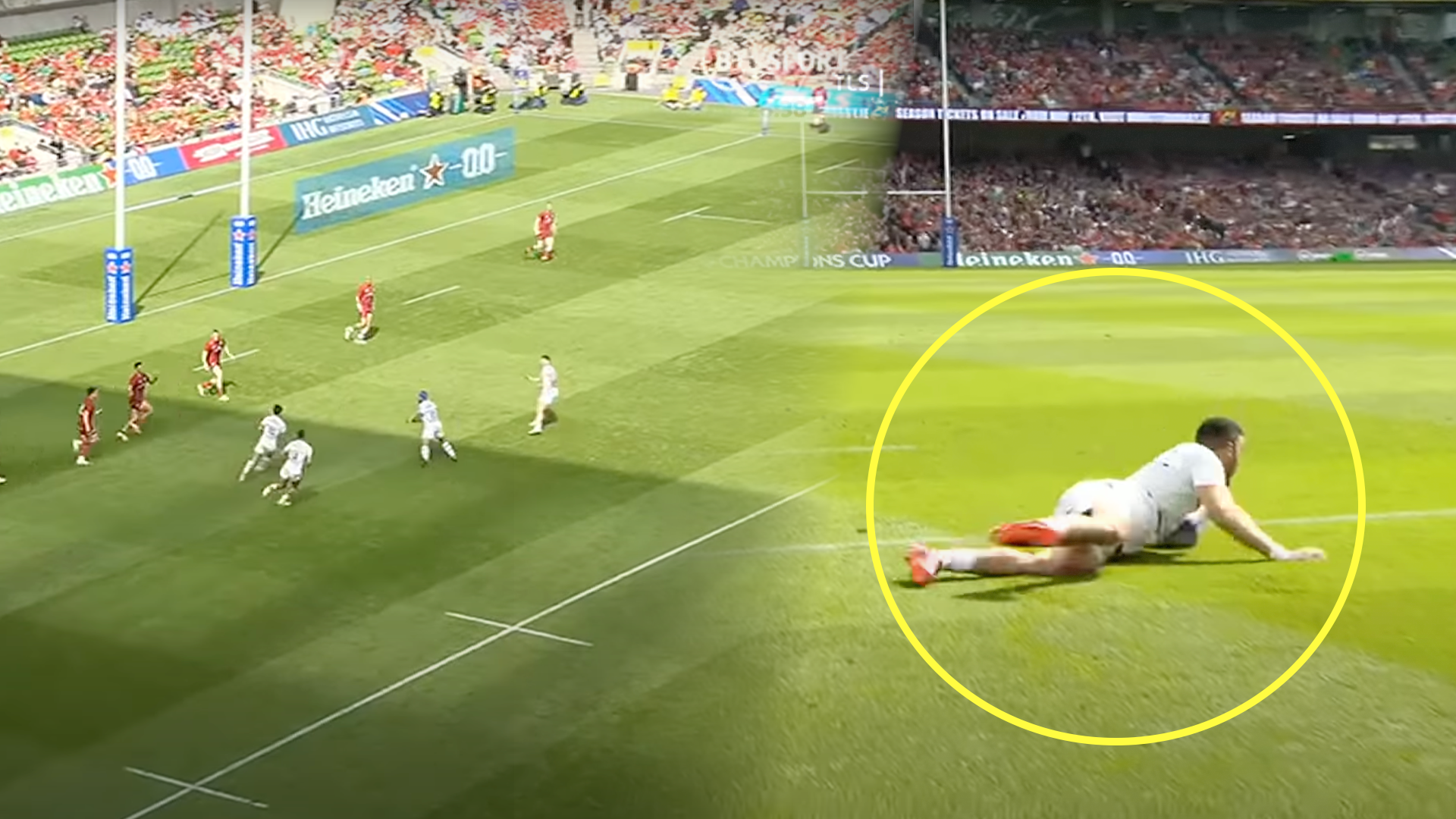 How Toulouse punished Munster with trademark move of greatest rival

Maybe more than anything else during his illustrious career, Ireland and Leinster fly-half Johnny Sexton is synonymous with the loop. It is something the 36-year-old has done throughout his long career, and no one has really found an answer yet on how to counter it.

So it was perhaps only right then when Toulouse faced Munster on Saturday in the Heineken Champions Cup quarter-final that they look a leaf out of the book of their biggest rivals Leinster.

Rugby analyst Brett Igoe recently shared on Twitter a breakdown of how Toulouse used what he called the ‘Ella Loop’ (named after former Wallabies fly-half Mark Ella), as well as the Lynagh/ Sexton loop, to create Matthis Lebel’s first try of the match and Toulouse’s second. On this occasion fly-half Romain Ntamack was playing the Sexton role, and ensured that four attackers took out five defenders, meaning there was a two on one on the outside.

It is a tried and tested move that teams struggle to combat, maybe none more so than Munster over the years of battles against Sexton.

This is what a despondent Munster head coach Johann van Graan said after the match: “My overwhelming feeling at the moment, and it might change as the days go by, is that we’ve been in these scenarios before and I felt like we just didn’t really fire a shot. We just didn’t really give it a proper go,” he said.

“Whereas I think we played some unbelievable rugby out there against what is obviously an incredible side and we left it all out there.

“It literally came down to the finest margins. From our point of view, there’s maybe a bit of an element of satisfaction in the performance that we haven’t had when we’ve come out on the wrong side of those results before.”

Take a look at the move:

loop backline plays are back in fashion this year. 2 touch rugby. #Rugby pic.twitter.com/L28nXOyEtp