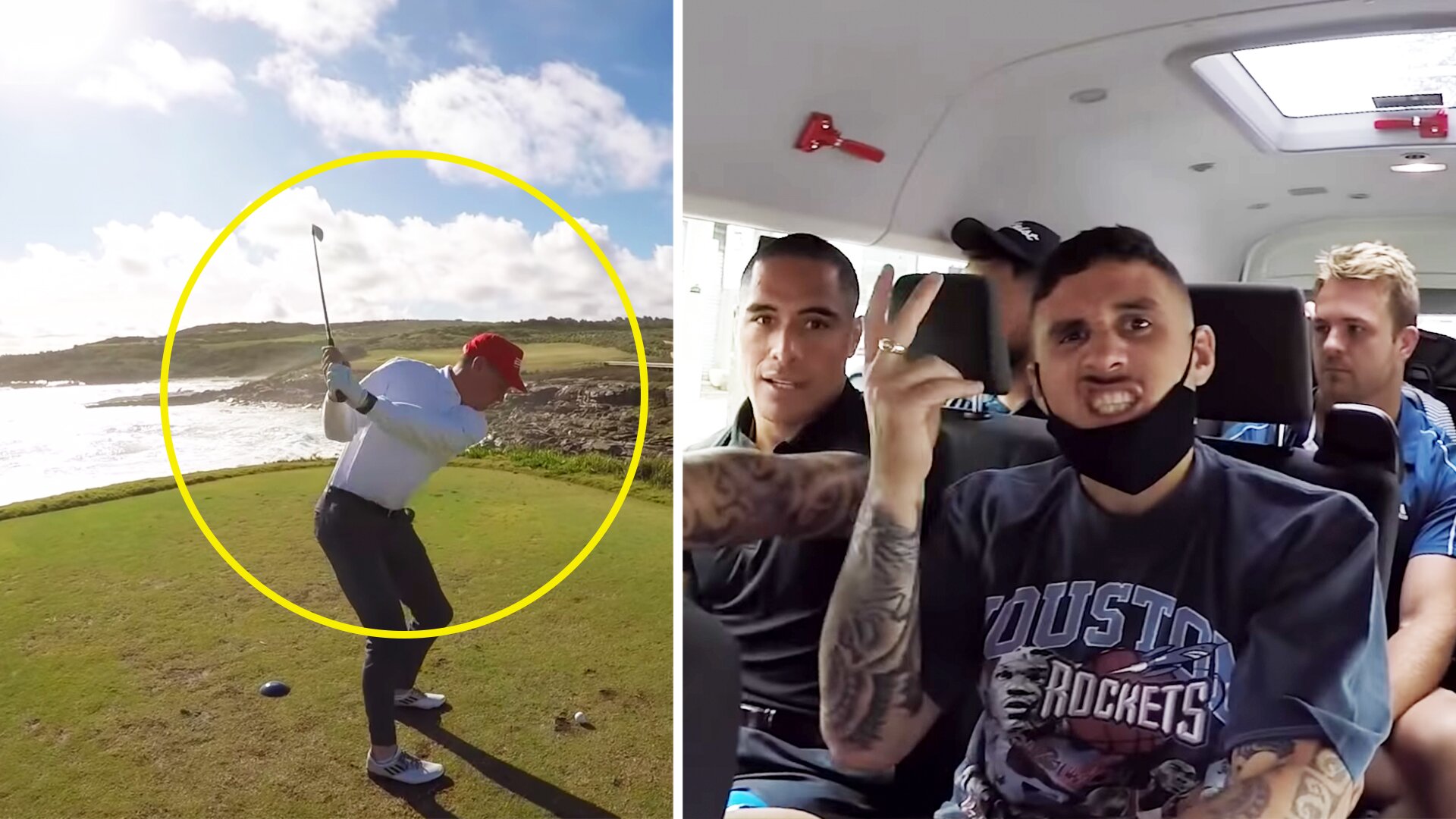 The All Blacks prepared for today’s Tri-Nations clash with the Wallabies with an intensive round of eeerr…golf.

New Zealand have the Bledisloe Cup wrapped up after last week’s thumping over Asutralia at the ANZ Stadium and you could definitely tell as some of their biggest names took to a coastal golf course to let off some steam ahead of what they must assume will be a walkover win today.

The new footage posted on the All Blacks Youtube channel has outraged fans with accusations of arrogance and complacency.

The video starts off with Beauden Barrett in the driver’s seat of what appears to be a minivan. The Blues star was no doubt forced to take the wheel in this clip to assure New Zealand fans that he was indeed the man to lead these men after being named at fly-half for the first time in years. Talk about stage-managed!

We see as scrum-half partners, Aaron Smith and TJ Perenara are in jovial spirits. The same can’t be said for Sam Cane and Will Jordan who no doubt have an awful handicap.

This new footage is sure to rattle Australian fans who have seen two poor performances on the bounce from the Wallabies. Can they turn things around today in Sydney? Watch the damning new All Blacks footage in the video below.

Frans Steyn pulls out of crucial Cheetahs clash with injury

The Cheetahs were forced into a late change just hours ahead of the crucial Super Rugby unlocked encounter with the Sharks. Veteran, two-time World Cup-winning utility back Frans Steyn has had to cry off with a groin injury – report Rugby 365.

We’ve scored some important penalty goals over the years. But Frans Steyn is on another level when it comes to slotting those long distance kicks. Which of these goes down as your favourite? 🤔#StrongerTogether@MTNza pic.twitter.com/9obb4st1qf

Steyn has been replaced in the starting XV for the Round Five Super Rugby Unlocked encounter in Durban by Chris Smit.

Howard Mnisi moves onto the replacement bench. The cruel blow deprives the match of one of its most delectable head-to-head battles – Marius Louw versus Frans Steyn.

The Cheetahs is the only unbeaten team in the competition – with two wins and a draw, the latter the result of their cancelled match against the Lions.

The Cheetahs are in second place on the standings, on 11 points – four behind the table-topping Bulls.

They must beat the Sharks in Durban on Friday and the Stormers in Cape Town next week if they are to stay alive in the Unlocked race.