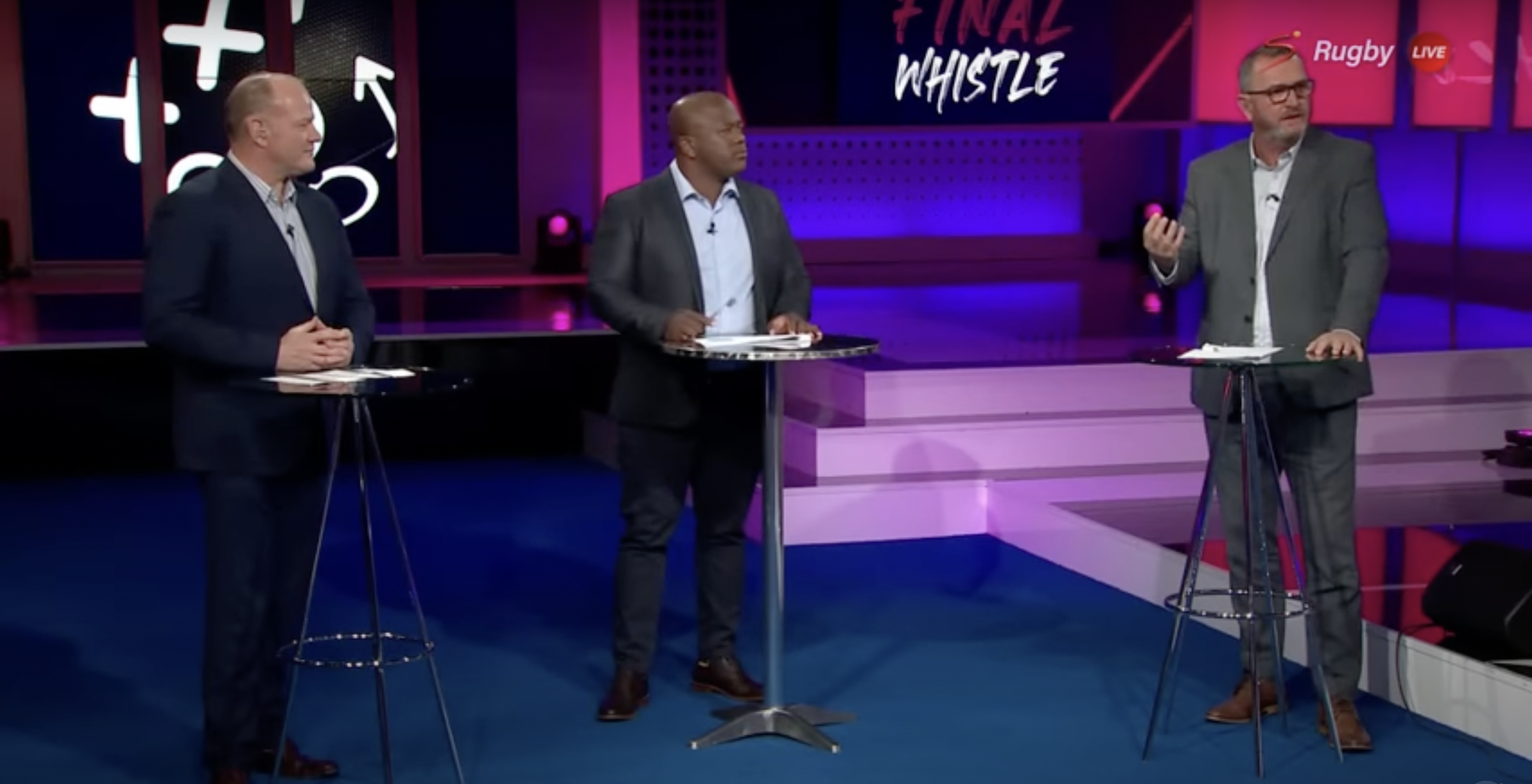 ‘I’d pick him first. How do you not pick him?’- Bok pundit calls for 22-year-old to start

The 22-year-old continued his exceptional season on Saturday with a victory at the Cape Town Stadium, and de Bruin made the call soon after on SuperSport’s Final Whistle. This is despite the Stormers man failing to make Jacques Nienaber’s recent alignment camp, with the Bulls’ Elrigh Louw being chosen instead.

Roos’ main rival for the Springboks No8 jersey is Ulster’s Duane Vermeulen, who he will face this Saturday in the URC semi final. South Africa have a three Test series against Wales in July, and Vermeulen, who will be 36  that month, will enter the series as the incumbent eighthman, so it will be up to Roos to try and convince the selectors otherwise.

“We’ve spoken a lot about Evan Roos, but I can’t speak enough about him because he’s exceptional,” de Bruin said.

“I tell you what, I’d pick him first [for South Africa]. How do you not pick him? He’s got a hand off, he’s got speed, he steals ball, he tackles, he’s got everything. You’re going to say to me ‘in whose place?’ I don’t care, I’d pick him.”

After being presented with the wealth of back row options that the Springboks have, including captain Siya Kolisi, former World Rugby player of the year Pieter-Steph du Toit and World Cup final man of the match Duane Vermeulen, to name a few, de Bruin back tracked a tad.

“Don’t get me wrong, Duane is colossal, he’s a giant, he’s fantastic, but what I’m seeing of this guy is just so special. So if I say pick him first, maybe I put him on the bench as an impact player .”