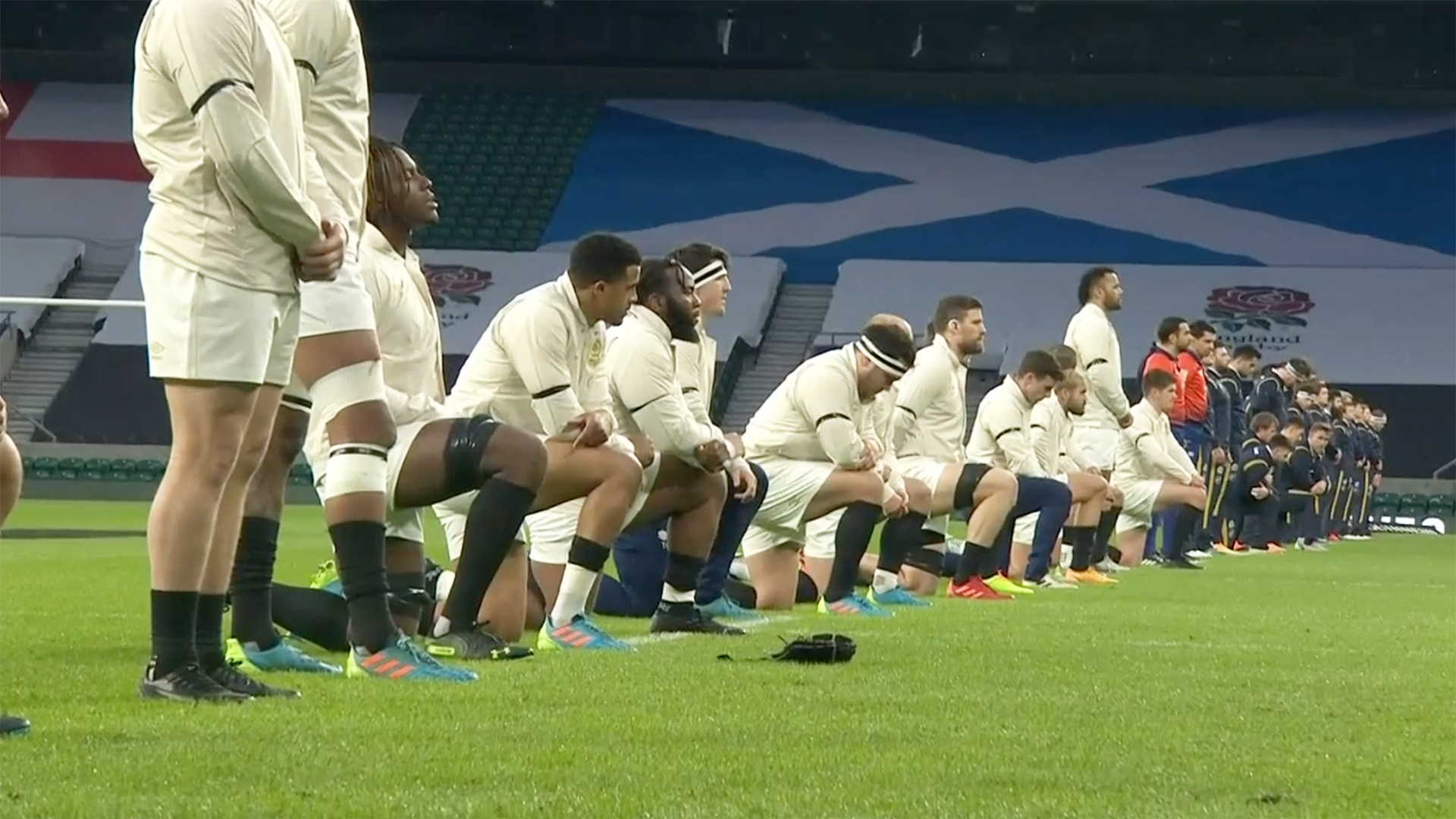 ‘If they kneel again today, I’ll be an Italian for eighty minutes’ – social media storm ahead of England rugby showdown

It’s been a hot talking point all week in the build-up to today’s clash at Twickenham – but England rugby finds itself at the centre of a social media storm again this afternoon.

Dozens of users on social media have argued in recent days about whether the players should be taking a knee ahead of the clash against Italy at the home of England rugby.

Most of the England squad did last week, with a few exceptions and the majority of the Scotland team staying standing.

We’ve compiled some of the most recent tweets that condemn the player’s decision to kneel in support of the Black Lives Matter movement that promotes racial equality – as well as a number of posts backing the stance from the team.

This is a move that has been replicated across a number of sports, most notably in Premier League football. 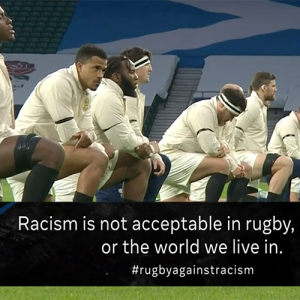 The debate has once again flared up this morning as we enter Round 2 of this year’s Six Nations. Here was what some fans had to say on social media.

If England kneel again today I’ll be an Italian for eighty minutes.

For all those who will froth at the mouth if any rugby players kneel over this weekend. https://t.co/w1KApAJT56

I’m desperately hoping that England 🏉 finally focus more on their #Rugby than political ideology today. Stand up to racism, don’t kneel for it. #sixnations2021 #TurnUp #PlayToWin

The England team management and most of the players support BLM. Is it a qualifying requirement to declare your political beliefs and affiliations in order to be picked for England? It certainly looks like it. https://t.co/GGyCt8nAYc

Is the Rugby kneel-a-thon on today? I’m not watching until they stop.

The Scotland national team were criticised last weekend when many of their players chose to remain standing in the lead up to their stunning victory over England rugby.

Scottish rugby responded by saying it was up to individuals to decide how they marked the moment.

They also went on to say that it, “fully supports” efforts to stamp out racial inequality. They also said that a similar gesture would be made for today’s clash with Wales at Murrayfield.

If he was one eh the scumbags that didnt take the knee then hes no Hibby https://t.co/HrvNN56wrU

There will be a similar move from England rugby before today’s game in which players will be given the opportunity to take a knee at kick-off before their game with Italy.

Anthony Watson spoke out on the issue this week, watch in the press conference video below