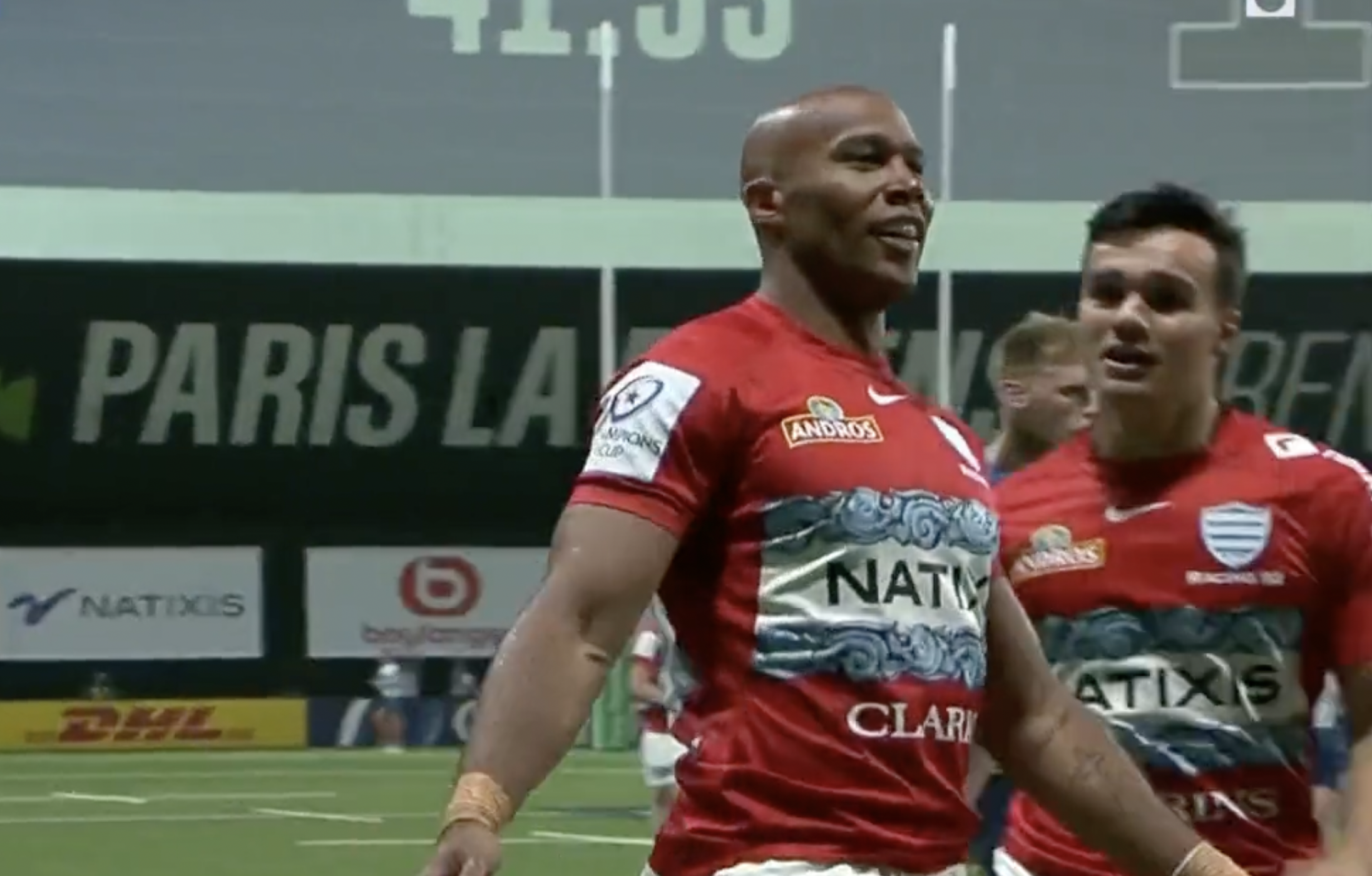 Whether it was a try or not, there is no denying that Racing 92 winger Teddy Thomas showed some reality bending skill on Sunday against Sale Sharks.

The France winger had no right to even be in with a chance of scoring after it looked like he was going straight into touch after gathering Finn Russell’s cross field kick. But a quick kick as he was stumbling made everything possible in what is one of the best finishes you will see.

However, many, many fans online are not overly convinced that the 28-year-old managed to stay in the field of play before he got his kick away.

Reams of fans have protested the decision online, which was his side’s first try against Sale Sharks in the Heineken Champions Cup quarter final at La Defense Arena as Racing went on to win. This is a very debatable call, and your decision may hinge on what side of the English Channel you live. However, some fans have conceded that it was perhaps not clear and obvious that his foot was in touch, which was needed after the on field decision was a try.

Take a look at what some fans have said online:

“Definitely grazes the touchline imo. Put it this way, if this is a try Mark Cueto definitely scored in the 2007 World Cup final.”

“Surely that was touch! How’d they give that?”

“Except the TMO has got it wrong. Foot in touch, clear and obvious.”

“I can’t help but think that if that was a Sale player we’d have got a few more angles and close ups of that foot in touch… Outrageous piece of skill though.”

“Looked in touch to me but I’m guessing not conclusive to be overturned.”

“Don’t want to be the party pooper, but that is definitely foot in touch.”

“Yeah great, apart from he was in touch?!”

Take a look at the try and decide for yourself: