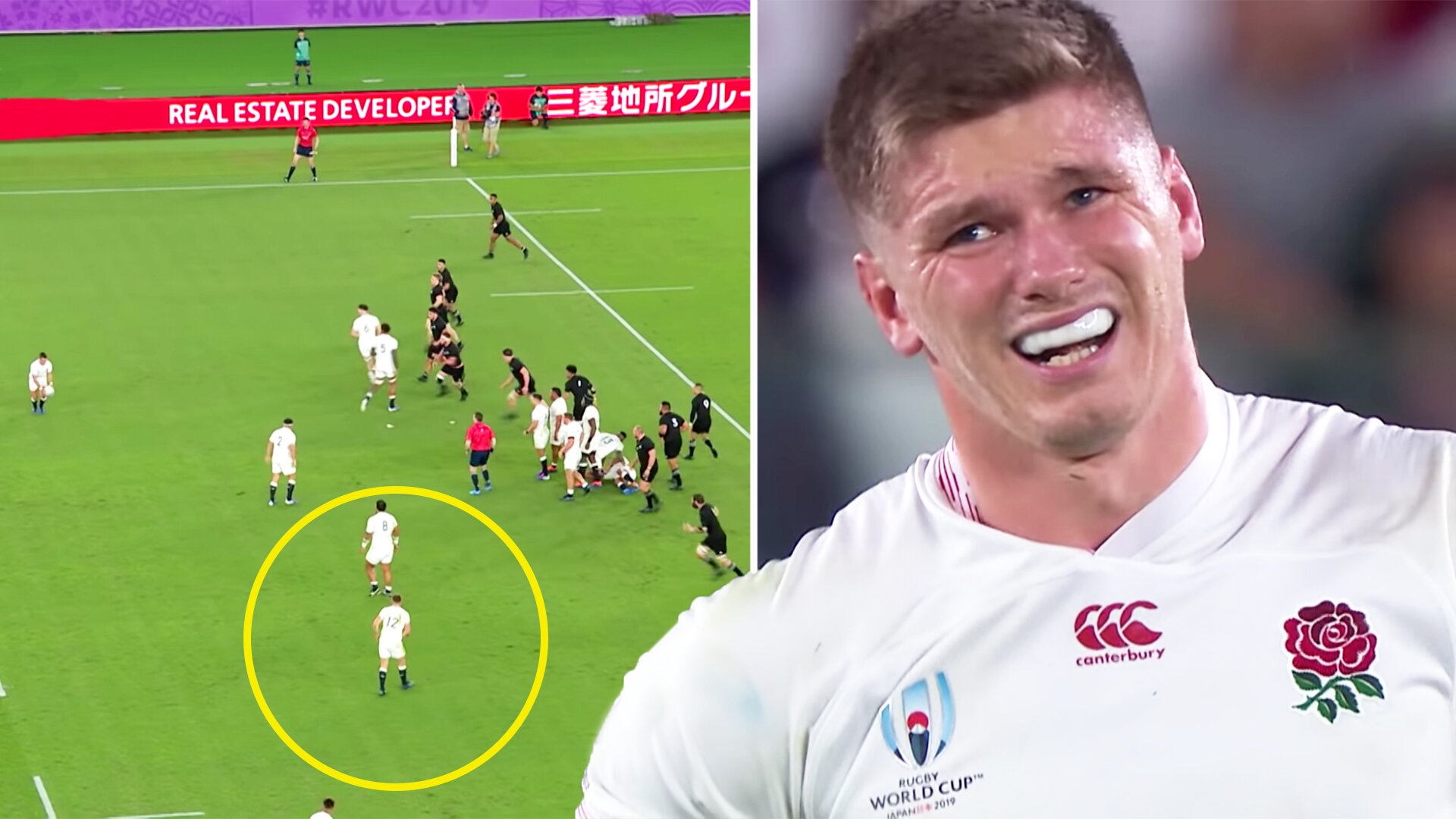 Owen Farrell gets a lot of stick from fans around the world – as the captain of the England Rugby team that comes with the territory.

This footage has been sent into us from an Onslaught follower and it really shows the Saracens fly halves true colours.

This footage comes from one of England’s greatest ever victories last year in Japan.

We see as with just over half an hour gone in the match – England are holding a narrow seven-point lead over tournament favourites – the All Blacks.

The game is held finely in the balance with the men in white just controlling things after an early try from Manu Tuilagi.

This clip below shows the England captain taking a big knock going into a tackle after thirty minutes of play. Farrell lies stricken on the floor in clear discomfort – after such a promising start for the English – losing their captain would be a huge blow.

Many felt that Farrell wouldn’t return to play after the half-time break – but fans were relieved to see the Saracens playmaker take the field after the interval.

This next clip below shows the England skipper tracking across the pitch in clear discomfort before making a trademark shoulder boy hit on winger George Bridge.

Owen Farrell fought through the pain to see out the match for his team as we see him committing to crucial breakdowns in the final quarter of the contest.

He really put his body on the line here.

For many England fans, this match will have reminded them of another selfless display that took place sixteen years prior to this semi-final in Yokohama.

Jonny Wilkinson was England’s hero in Sydney when they won the Webb Ellis Cup in 2003. Many fans remember his match-winning dropkick as the pivotal moment in that contest – but not everyone remembers that he too was at one point a serious doubt to finish the match as we can see in the video below.

After watching this, can you really say you don’t at least respect Owen Farrell?

Let us know what you think