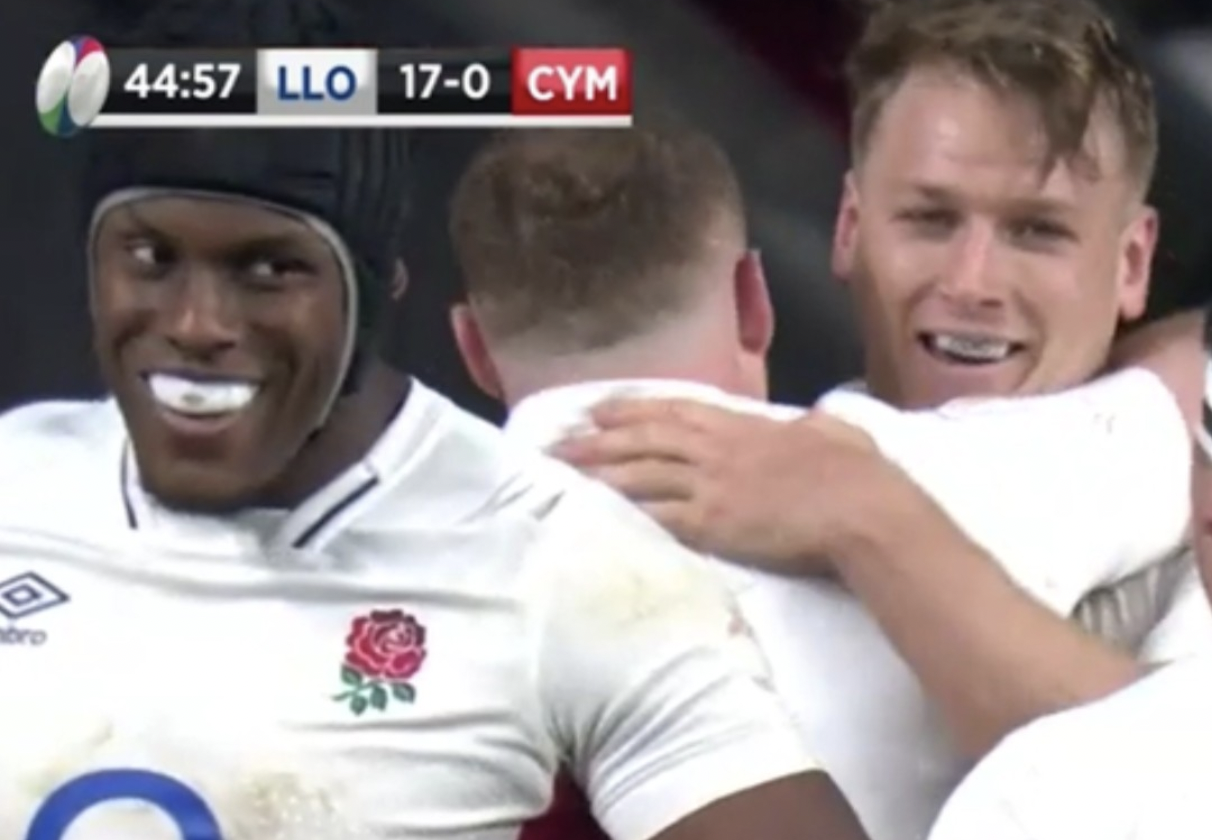 Nigel Owens has had his say on whether Alex Dombrandt’s try against Wales should have stood or not on Saturday in the Six Nations.

The moment came early in the second half, and saw the England No8 catch an overthrown Welsh lineout and dot the ball down. However, the Welsh players and fans inveighed against the decision, claiming England’s Maro Itoje nudged Adam Beard to prevent him winning the lineout. The hosts went on to win 23-19, meaning this try was fairly crucial.

Now the former Test centurion referee Owens has had his say on the decision, saying Itoje was very lucky indeed.

“Very difficult for a referee to see everything in the game. So in this instance here, what you have, you have a closing of the gap in the lineout by the two teams. Nothing illegal in that at the moment because both of them are coming together to go and compete for a ball which is going to be thrown down the middle. So you’re always going to have a coming together of the both teams. But what you can’t do is then illegally push or barge and opponent out of that space to prevent him winning the ball or to try and win the ball yourself.

“Maro Itoje uses his elbow to push the Welsh player out of the contest, so that is an offence. The ball goes over the top, it’s caught by [Alex] Dombrandt and then he crosses the try line, gets the ball down and the try is awarded. So what should be happening here is, the TMO should be sweeping everything up, he’s always looking in the background. Let me give you a bit of information that you may not know, when you’re watching the game at home and you see something, what the TMO usually has is a seven or eight second delay where he will see that action again. So what usually happens is if he sees something, he’ll look in seven seconds time to see it again and decide nothing in it or we need to have a look at this.

“So when the TMO’s sweeping up, he should be then giving information to the referee or if the referee thinks something has happened, he can ask the TMO ‘can you check and make sure there was no obstruction in the lineout?’ Now this didn’t happen, and it’s quite surprising it didn’t happen because you had the Welsh players going to the referee, telling him their player was pushed out, can he have a look.

“So on this occasion, I would say that Maro Itoje got away with it and England were very lucky to have that try. If you don’t believe me, have a look at Maro’s smile.”

A picture paints a thousand words.. We’ve all got away with one at some time or another but with TMO looking at everything, especially during a try scoring move – I’m amazed this didn’t get reviewed… To be clear – not complaining about the result of the match. pic.twitter.com/KN45Rn3Ggv