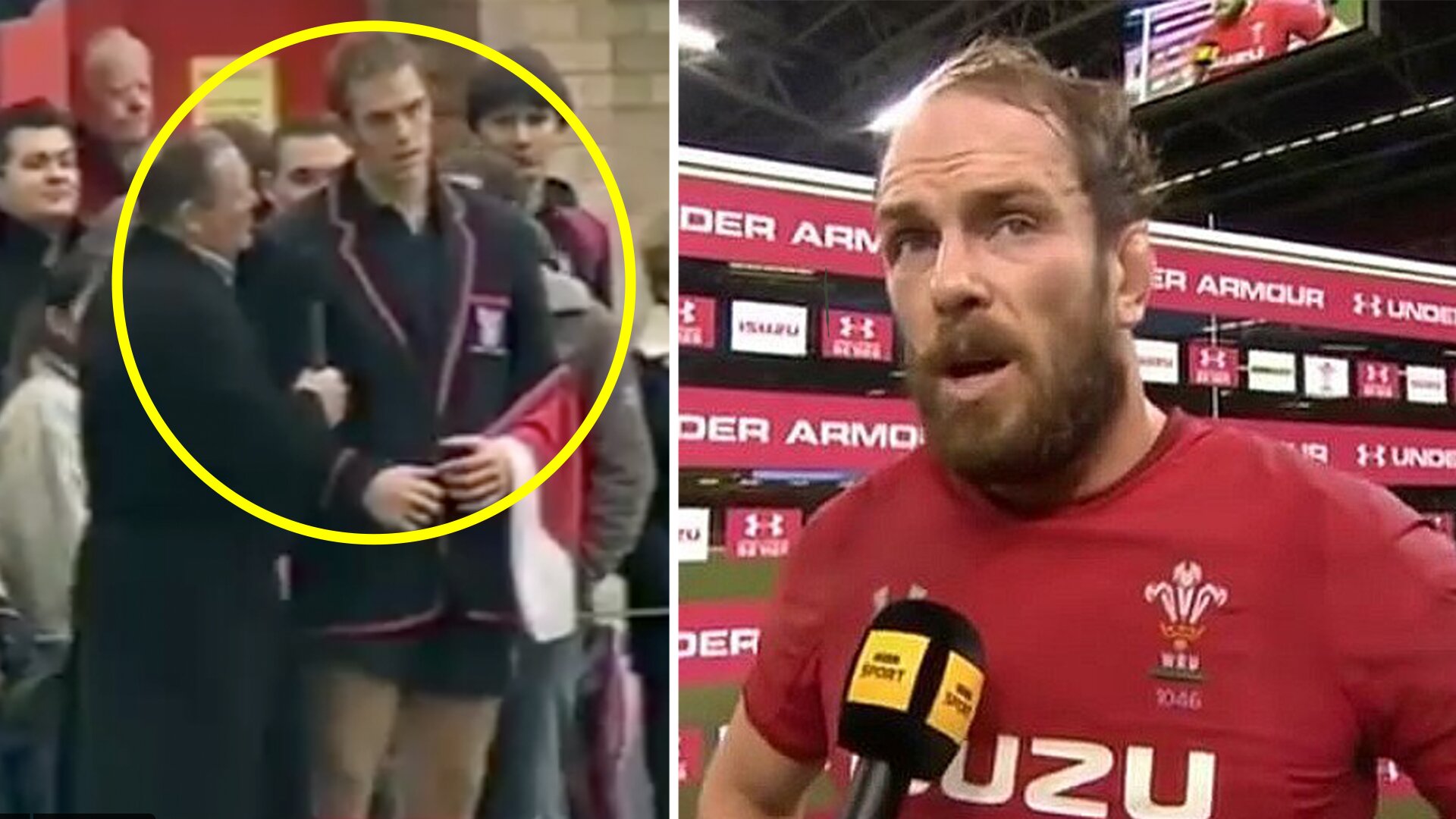 Incredible footage has been released of Wales star Alun Wyn Jones on the sideline for his team when he was just a schoolboy.

BBC Sport releases the incredible footage on their website showing what appears to be a young goat marshalling the sidelines for his school team.

Wyn Jones, is set to equal Richie McCaws record this weekend for most international caps weekend as his team take on Scotland.

It has been a tough six nations campaign for the Welsh team who currently sit at 5th in the Guinness Six Nations table.

There will be a lot of pressure on the legendary Ospreys lock this weekend to make an impact for his team who need a big win against their northern counterparts.

The BBC footage shows a 19-year-old wyn Jones doing an interview as he covers the sideline for his school team back in the day.

One of his coaches said that even then he was like a sponge soaking up the information that he could.

Check out the incredible footage of the Welsh GOAT as a schoolboy.

Even as a young lad, Alun wyn Jones looked ready to go and eager as a schoolboy. That drive and determination has seen him become one of the most celebrated rugby players in living memory!

Alun Wyn Jones has had many great moments in his career….including running the line in his school blazer and being interviewed for @BBCScrumV!

Turn on your sound for this one! 🏉 pic.twitter.com/57C33JwRyd

England out-half Owen Farrell has expressed his remorse for the dangerous tackle on Charlie Atkinson that left the Wasps teenager unconscious during a Gallagher Premiership match last month at Saracens.

Farrell will make his first appearance since his high challenge on Atkinson on September 5 when he leads England in Saturday’s Guinness Six Nations clash with Italy.

The 29-year-old fly-half was shown a red card and banned for five matches, forcing him to miss the knockout phase of Saracens’ Champions Cup campaign which began with a quarter-final win over Leinster and ended in agonising semi-final defeat at Racing 92.