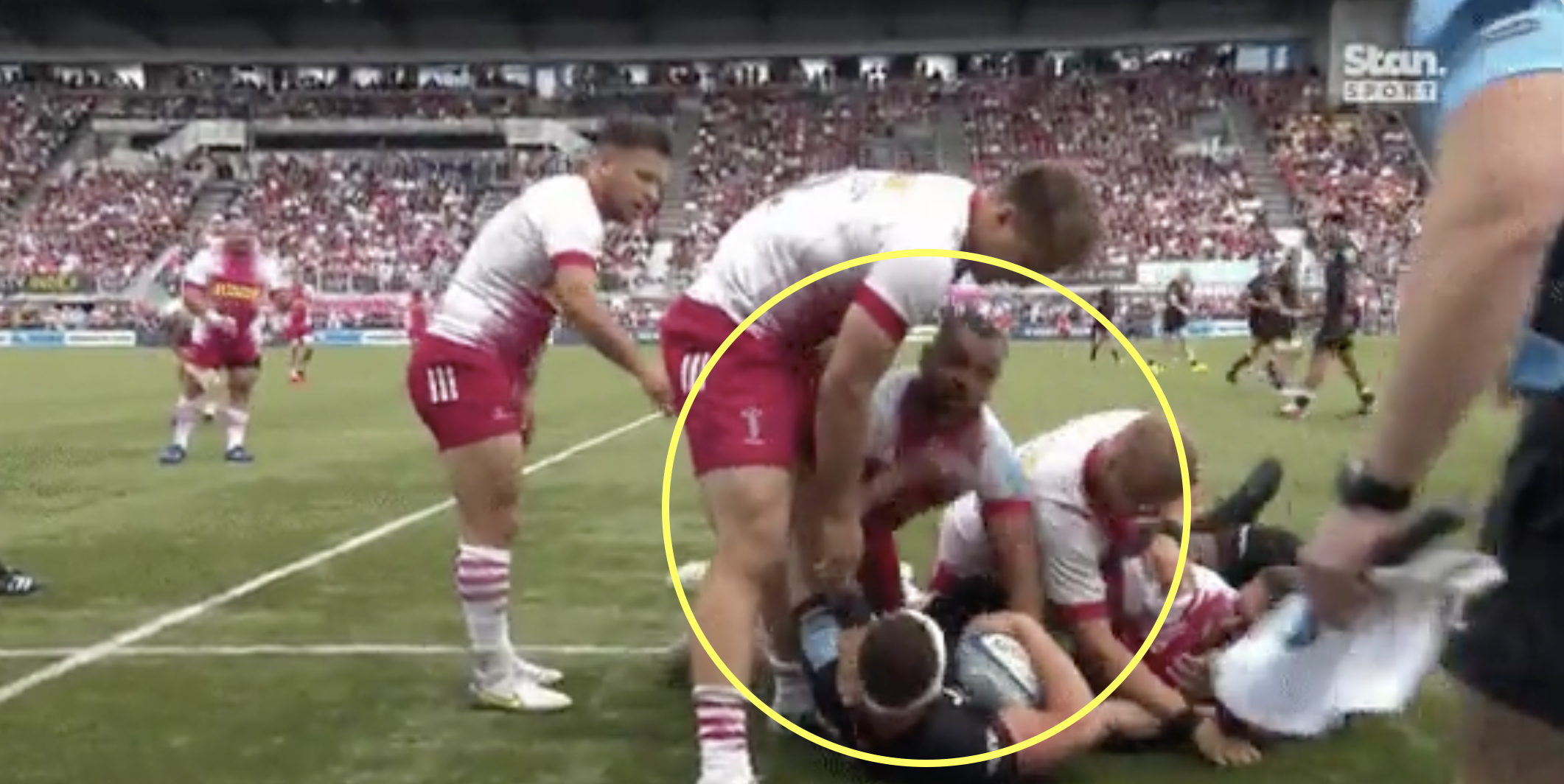 Owen Farrell could find himself in hot water this week after footage has emerged of him online of him throwing a punch at England teammate Joe Marchant.

The incident occurred at the bottom of a ruck on 63 minutes in Saracens’ Gallagher Premiership semi final win over Harlequins at the StoneX Stadium on Saturday. This happened not long after another fracas that resulted in Farrell’s head being bandaged.

The footage shows Marchant on top of the fly-half at a ruck, whereby Farrell wriggles to try and escape. Andre Esterhuizen also stands over him at the ruck, and the Saracen appears to strike out, hitting his compatriot in the face. The clip is also damaging for Marchant, as his arm does seem to swing at Farrell before he is hit, although that is obscured by Esterhuizen’s legs.

Nothing has come of this so far, but if Farrell is called up on this, it could result in him missing the Premiership final this Saturday against Leicester Tigers and even some part, if not all, of England’s three Test series against Australia in July. This would be hugely damaging for England and Eddie Jones after their captain’s absence was felt during the Six Nations.

In the 30-year-old’s defence though, he could have been hitting Esterhuizen’s arm (which was in front of his face), but accidentally hit Marchant with the follow through. That is one explanation why such an experienced player would do something so crass in this day and age in rugby.

Meanwhile, Marchant has been called up to the England squad in preparation for their match against the Barbarians this Sunday. His Quins teammates Will Collier, Alex Dombrandt, Jack Walker and Marcus Smith have also been called up, as well as Danny Care after a four year absence from the Test set up.

EK Rugby Analysis has shared a GIF of the incident:

Looks like there’s a few! This was the obvious one for me pic.twitter.com/7GIzRdZcGo