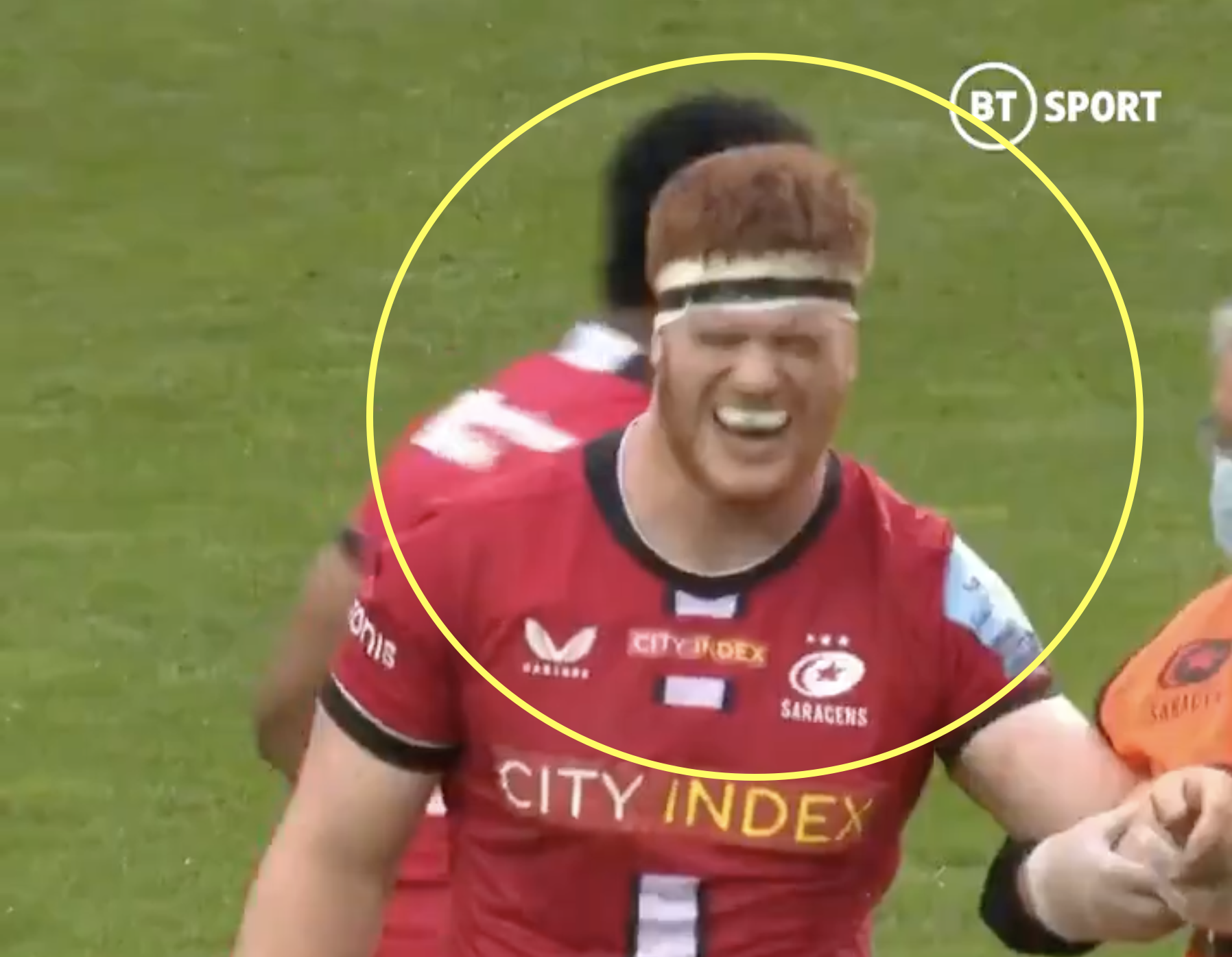 Injured player assaulted by his own teammate on the pitch

The last thing Saracens prop Ralph Adams-Hale would have wanted to see when he was being ushered from the Welford Road pitch with a potentially serious shoulder injury on Saturday was to see his 116kg replacement Eroni Mawi charging towards him.

The loosehead picked up the injury after 20 minutes of Saracens’ encounter with Leicester Tigers and was gingerly leaving the field with a doctor holding his arm when Mawi bumped shoulders with him. The 24-year-old winced in agony before being able to laugh the incident off.

This is another setback for Adams-Hale, who was out of action for 16 months between November 2019 and March 2021 with an ankle injury. It now looks like he could spend yet more time on the sidelines with this shoulder injury.

Though Saracens were leading when the prop left the field, they went on to lose the match in agonising fashion. Despite not once being behind on the scoreline throughout the 80 minutes of the match, a penalty try in the final play of the game secured the win for the Tigers. What must have been even more painful for the London club is the fact that the full time whistle had blown, but the Tigers were then awarded a penalty which they kicked to the corner and were subsequently awarded a penalty try from the ensuing maul.

The win leaves Leicester at the top of the Gallagher Premiership with three wins from three, a point ahead of their Midland rivals Northampton Saints in second. The loss leaves Saracens in ninth, although they have already had a bye week, which skews the table slightly.

The three-time European champions will welcome back more of their British & Irish Lions stars over the coming weeks, with Jamie George and Owen Farrell starting against Leicester. Mako Vunipola is one who is set to return, who is likely to reclaim the No1 shirt that Adams-Hale was occupying.