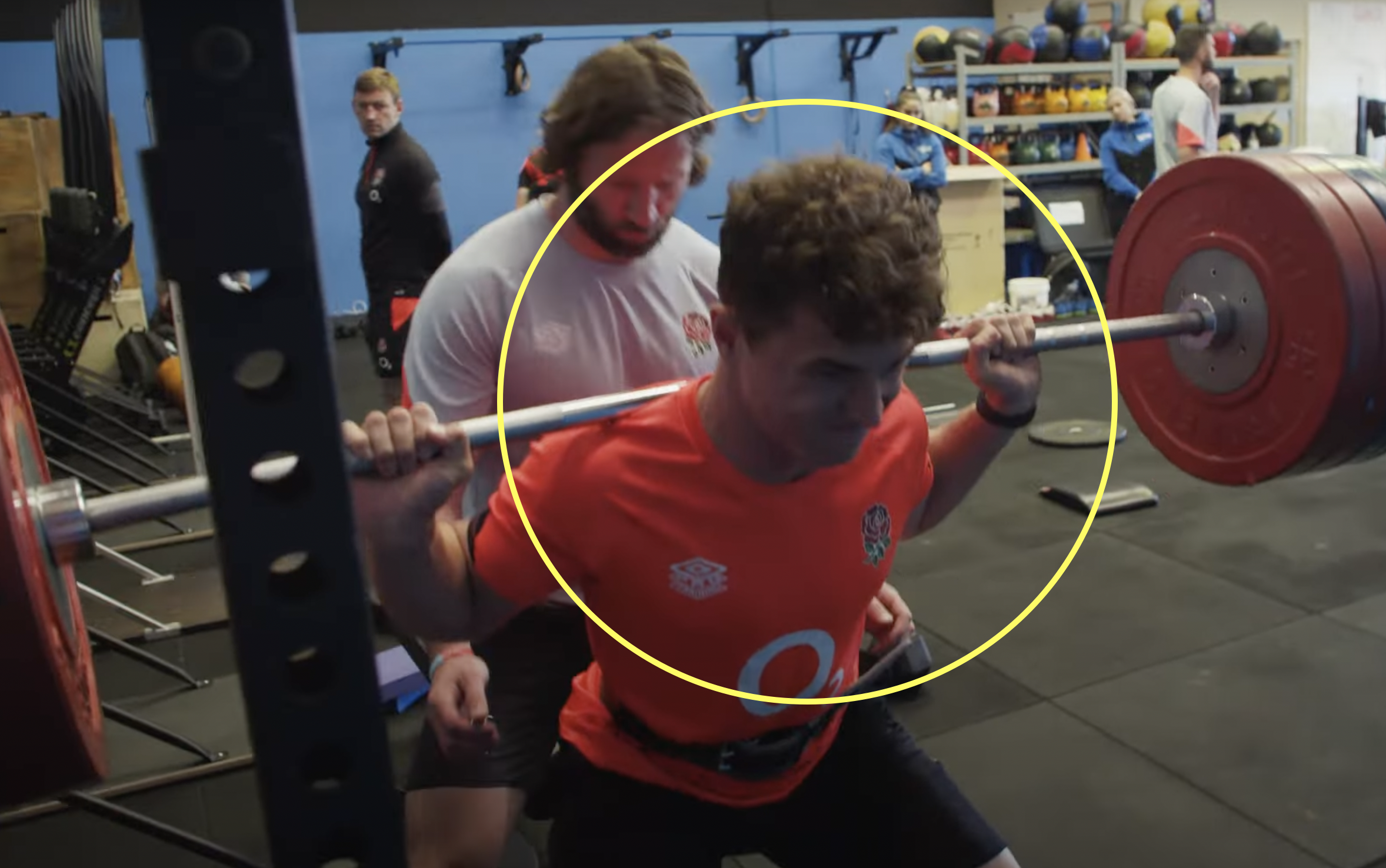 There is a lot of hype around 19-year-old London Irish back three player Henry Arundell at the moment from the media- RugbyOnslaught included – but there is a good reason for that.

The Exiles star has caught the eye of many fans despite not playing a huge amount of rugby so far in his career. Despite his limited game time, he already has a burgeoning highlights reel full of some immense tries, none more so than his length of the field finish against Toulon in the Challenge Cup earlier this season.

But fans can add another string to his bow this week after a video was shared of him in the gym with England while they are in Australia. Arundell is one of two apprentice players in the England squad, alongside club teammate Will Joseph, and was spotted at the squat rack on England Rugby’s O2 Inside Line: The Next Level Down Under.

He may not necessarily look the biggest player on the field, but Arundell packs a 96kg frame, and it shows at the squat rack, where he was recorded repping 200 kg. The video shows the Englishman performing two reps, but it looked as though he had more in the tank, and he may have done more before the video started recording. This is of course assuming the red plates were 25 kg, the blue plates were 20 kg, and the green plates were 10 kg.

This is impressive strength for a back three player, and surely puts Arundell up there as one of the strongest players pound for pound already. Of course, there are players that can squat a lot more, but can they also score length of the field tries?

England will announce tomorrow their matchday squad that will take on the Wallabies this Saturday in Perth, although it is unlikely that Arundell will make it.