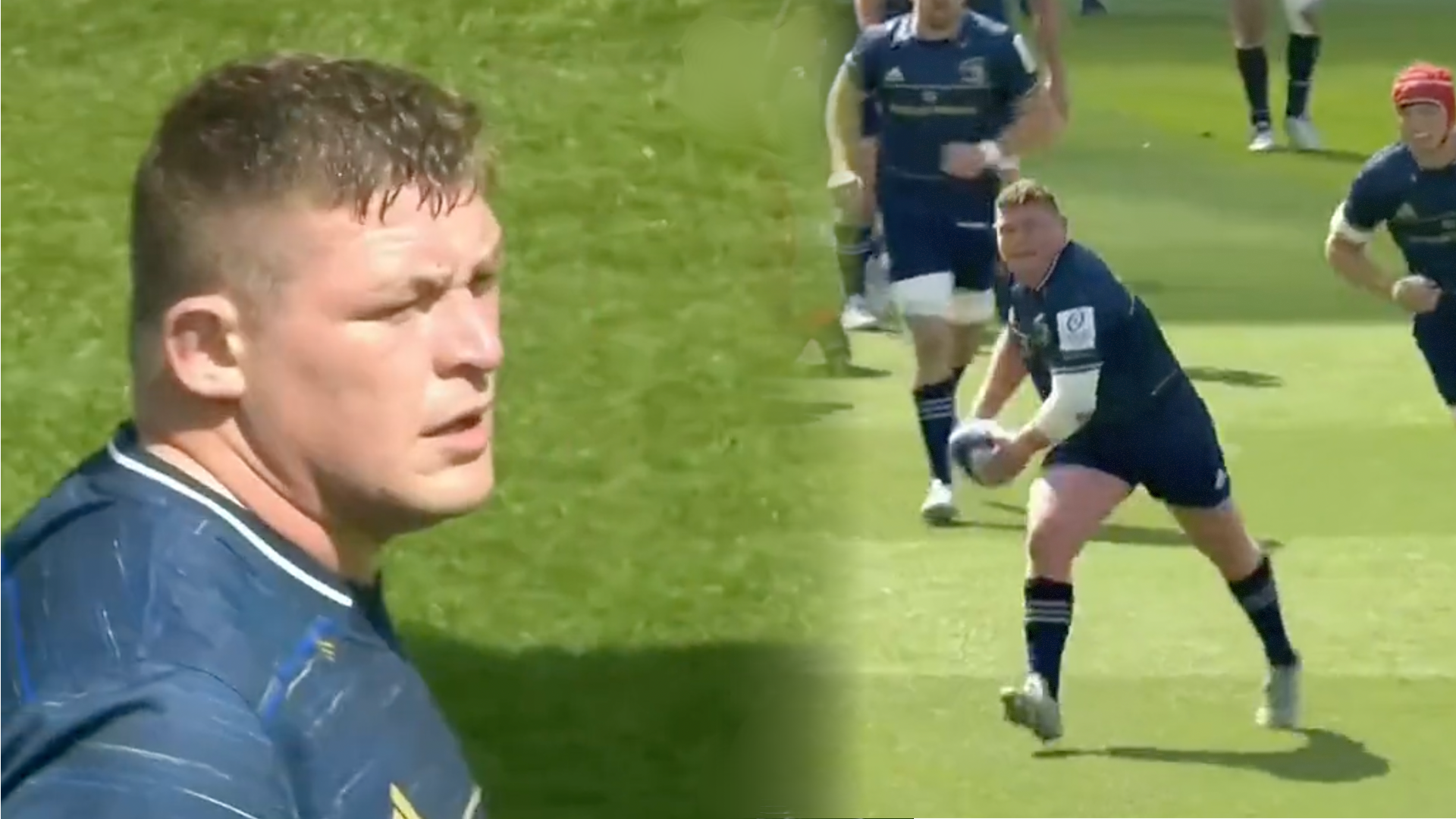 There were plenty of things to be impressed about by Leinster’s 40-17 demolition of then reigning Heineken Champions Cup Toulouse on Saturday at the Aviva Stadium, but the one moment that seems to have taken social media by storm was tighthead prop Tadhg Furlong’s 20 metre miss pass to fullback Hugo Keenan.

The 119kg British & Irish Lion produced the pass after only six minutes on the clock, so these were not exactly the stages of the game where Leinster either had the game sewn up or were throwing caution to the wind. Instead, these were the opening stages of a very tense semi final between the two most successful sides in the competition’s history. But broken play is broken play regardless of the time or occasion, and Furlong took advantage of a disorganised Toulouse defence after the ball was spilt to distribute the ball with a pass that any fly-half would be proud of.

Furlong is renowned for having some of the best hands in the game for a prop, but this was a whole new level even for the Irishman. The pass put Keenan away for a break, although within the few seconds Toulouse were turning the ball over in their own 22 and Antoine Dupont was making his way down field for the first try of the match. But Furlong can hardly be blamed for that.

From there, Leinster just got stronger and stronger and Leo Cullen warned after the match that there is still room for growth.

“Credit to the lads, there was lots of really good stuff in the game,” he said. “They threw the kitchen sink at them, but Toulouse, they hung in and hung in.

“They’re always a constant threat. You can see that in the first half, where we’re attacking in their 22, we lose possession and they’re gone the length of the field (for Dupont’s score). That constant threat was there the whole time.

“For our guys, I thought it was a good performance overall. There’s still room for growth as always, but to deliver a big performance in a semi-final, it’s pleasing.”

“He is a fly-half hiding in a tighthead’s body!”