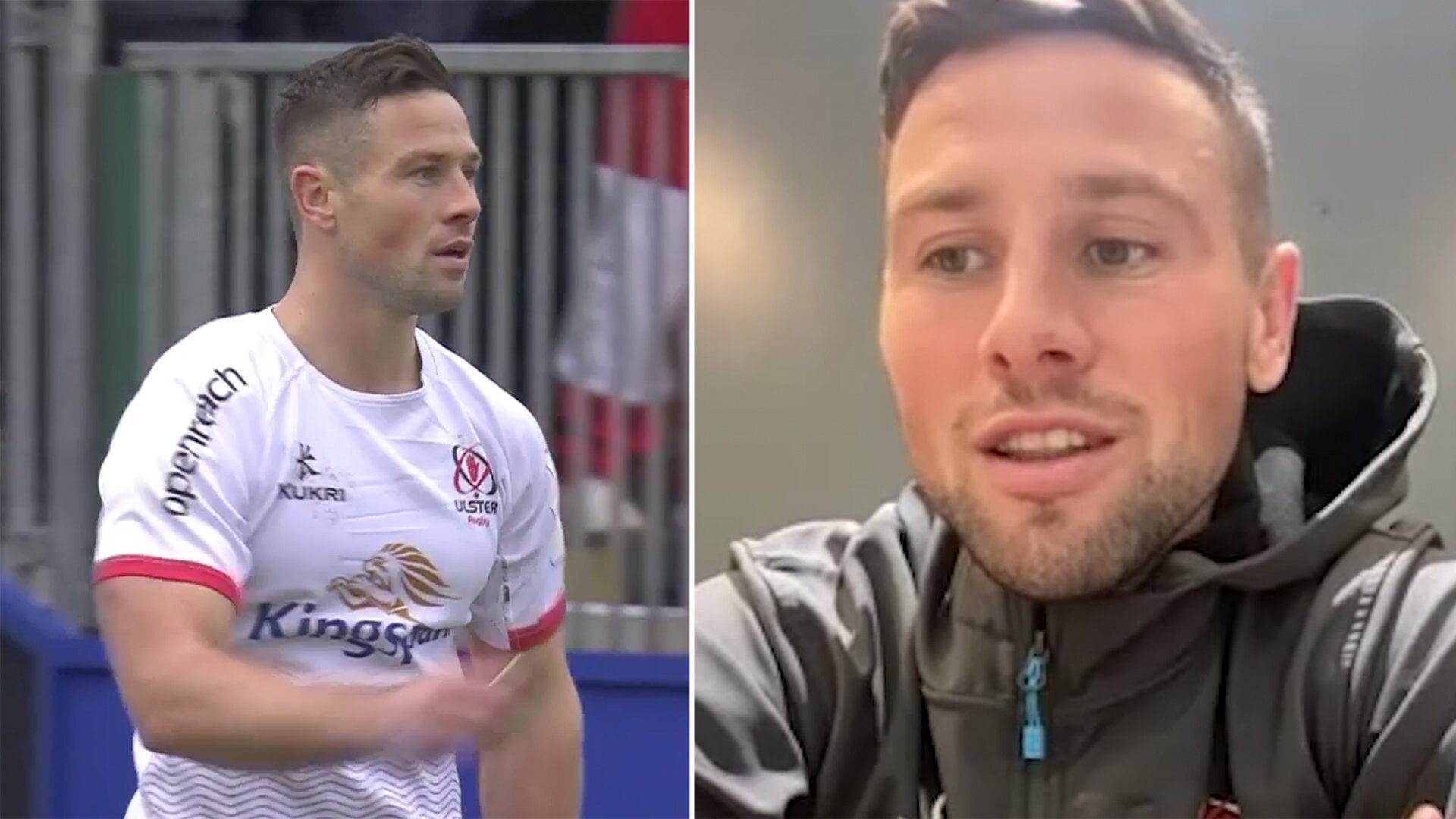 John Cooney has to be one of the unluckiest man in rugby right now. A slight dip in form saw him miss out on Ulster’s narrow loss to Leinster.

The Irish 9 spoke very openly to Virgin media sport this week as he struggled to hold his tongue at the frustration he felt at being left out for the men in white.

Many fans thought it was a big call at the time why he was left out.

Huge team news out of Ulster. Iain Henderson starts the game with John Cooney replaced at scrum-half by Alby Mathewson.

Did anyone predict Iain Henderson starting the final? I’m sure that will be a big boost.

A very young back three in Stockdale, Lyttle and Lowry but one that can crack open a defence.

John Cooney and Jordi Murphy both drop to the bench with Jack McGrath and Marty Moore.

Dropping John Cooney must have been tough for McFarland, but professional rugby is a ruthless place.

Cooney was very open about how he felt about being dropped when he spoke to Virgin Media Sport.

“Yeah I don’t know if I can portray how I really feel in words. I’ve parked it now so it was important that I kind of left it there, had my couple of days of feeling sorry for myself. I’ve come back from much worse in the past. Just another chapter to the book that I’ve gone through in my career.”

Cooney has been incredibly unlucky with selection in the past for Ireland. Joe Schmidt seemed relentless on not picking the 31-year-old, always favouring Conor Murray and he hopes for better fortunes under Andy Farrell in the future.

Listen to how open he is in this interview.