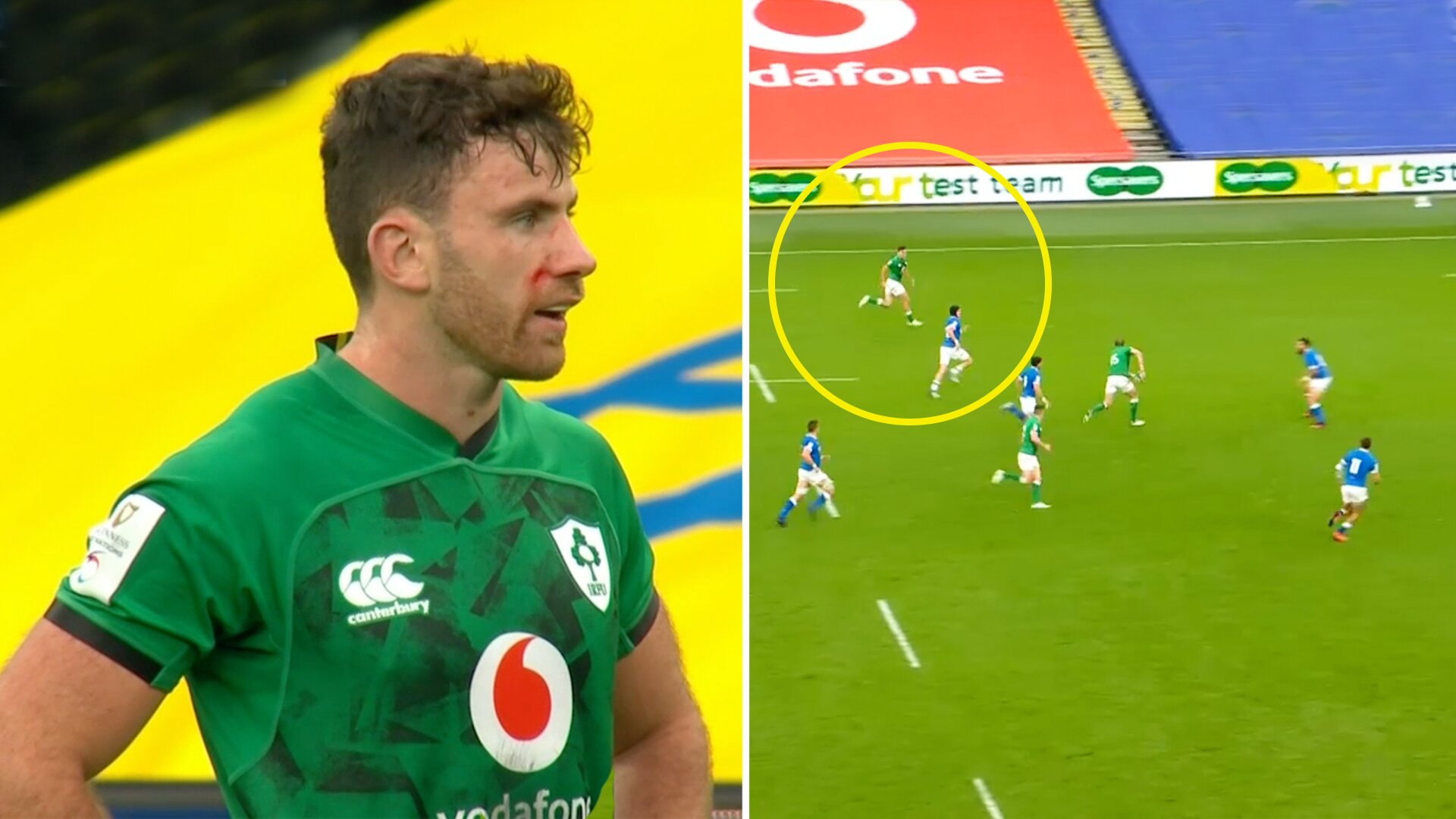 Hugo Keenan was robbed of a sensational second try at the Aviva today as Ireland marked their return to the Six Nations with a dominant first-half display against Italy.

The 24-year-old Leinster winger looked confident out wide as the Irish looked for a bonus point win to keep their title chances alive.

The first half ended at 24-3 to the hosts in Dublin.

Hugo Keenan was making his debut for Ireland as he crossed the whitewash three times for Ireland with one sensational effort being chalked off for obstruction.

This was Keenan’s first try of the day.

The young winger looked to have finished a sensational try on a dream debut first half as he got on the end of a brilliant Jacob Stockdale break to race away in the corner. The TMO went back and adjudged there to be obstruction from James Ryan.

Only a few minutes later however he got his brace as he pounced on the end of breakaway out of the Irish half.

This is what you call a dream debut!

Jack Blain makes his first home start for the club as Edinburgh Rugby face Connacht at BT Murrayfield in Round 3 of the Guinness PRO14 this Sunday (25 October). Blain, a former Scotland U20 star, is named at fullback as Edinburgh Rugby make 12 changes for the Conference B clash.

A standout for Scotland U18, the sizable winger (6’3, 95kg) provided the cutting edge to Scotland’s attack at the 2018 Under 18 Six Nations Festival in Wales.

Blain scored three tries in the tournament, including a brace against England. The wing made his full debut for the club in the Guinness PRO14 match against Benetton in March 2019.

With 17 players unavailable due to injury or international selection, the capital side give an opportunity to several up-and-coming players, with Blain, lock Andrew Davidson and back-row duo Ally Miller and Mesulame Kunavula all named in the starting XV.

The squad selection also sees Scotland internationals Lewis Carmichael and Henry Pyrgos return from injury with both players set to feature for the first time since rugby resumed in August.

Ahead of the fixture, Head Coach Richard Cockerill, said: “We’ve obviously got quite a few players unavailable due to injury or international selection, but we’re excited for the challenge of taking on a very good Connacht outfit.

“We’ve had a bit of time to take stock after the opening two rounds and we’ve had a good, solid week of preparation in the build-up to tomorrow night’s fixture.