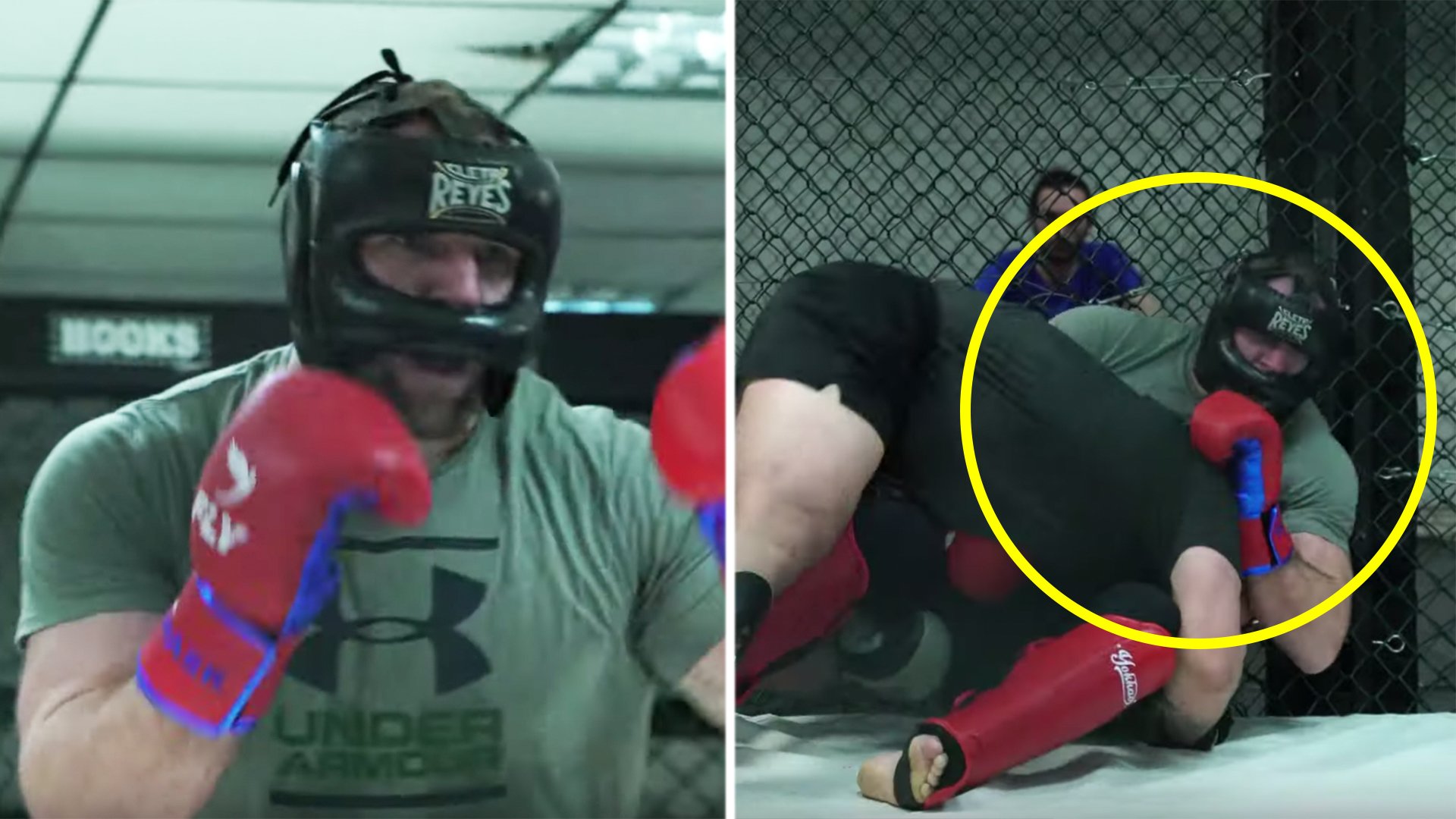 Former rugby star James Haskell has released footage of himself fighting in training for his Bellator clash. The footage is strange in itself.

The former Northampton player has only recently got involved in the sport, so it is fair to say he would be a bit rusty in the sport. But this even by an amateur standard was very odd to see.

In the clip, he spoke about how training was difficult in preparation for his Bellator clash in May.

In the clip, he did seem to be very slow, but very powerful.

What do you make of this…

It has been announced that former England and British and Irish Lions star James Haskell will make his professional mixed martial arts debut in London on May 16.

The ex-loose forward, who represented England in 77 tests between 2007 and and 2018 and was named in the Lions’ tour of New Zealand three years ago, hung up his rugby-playing boots last May and his since forged a professional career in the combative sport.

Haskell first started working with London-based MMA gym Shootfighters almost a decade ago as part of his rugby training, but the 34-year-old stepped into the realm of professionalism in August when he signed up with US-based fight promoter Bellator.

The former Wasps stalwart, whose globe-trotting career also saw him represent the likes of Northampton, Stade Francais, the Highlanders and Ricoh Black Rams, will now fight a yet-to-be-named opponent at Wembley Arena in the British capital.

“I don’t shy away from the fact that, ahead of many of these guys (at his gym), I’ve got a Bellator contract,” Haskell told The Guardian in an interview published on Monday.

“But I’m putting the hard work in and if somebody wants to have a tear-up with me we’ll have one. I will give it my all because I’m representing Bellator and my gym.”

Haskell has previously spoken of his desire to pursue a post-rugby career in MMA, and has shot down speculation regarding the seriousness of his intentions in the sport.