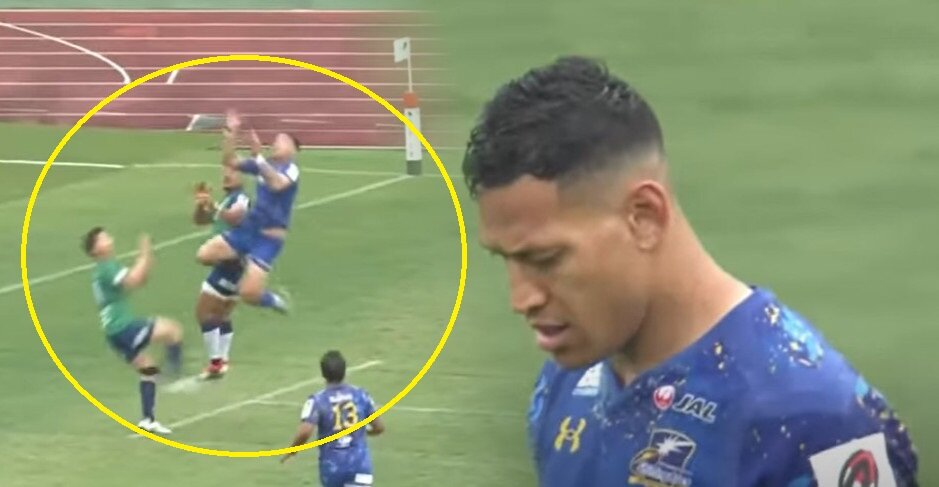 Israel Folau might leave egg on the face of World Rugby if he plays for Tonga at next year’s Rugby World Cup – he’s simply that good.

Tonga aren’t actually in the RWC just yet, but they are odds on to qualify as Oceania 1. At least that’s our understanding of the situation as it stands.

Anyway, Folau has been on fire for the Shining Arcs in the Japan Rugby League One competition, where his mix of size, athleticism and skill are a hard combination to defend against.

The former Melbourne Storm, Catalan Dragons and Broncos star has picked up where he left off in rugby union and is definitely one of the best players in the league.

He is also set to play Australia next year before the Rugby World Cup, if he plays for Tonga, something he has said he badly wants to do.

Still a controversial figure in the sport because of his religious views, if Folau shines at the Rugby World Cup in France it will certainly rankle with his critics.

From a purely sporting point of view, many fans are desperate to see him back playing rugby union at the highest level.

In other news, Dean Richards will step down as Newcastle Falcons’ director of rugby at the end of the current season, with head coach Dave Walder taking charge of rugby matters.

After 25 years as a director of rugby, the last ten of those at Newcastle, Richards has taken the decision to step aside, although his vast experience will still be utilised in a new part-time consultancy role.

Former England fly-half Walder, a two-time cup winner with the Falcons as a player, will take overall charge, with current coaches Mark Laycock, Micky Ward and Scott MacLeod all remaining on the staff, and Mark Wilson also expected to become a member of the coaching team.

Defence coach Nick Easter and kicking skills coach Toby Flood will both leave their positions in the summer. Newcastle Falcons would like to thank Nick and Toby for their contribution and wish them well for the future.