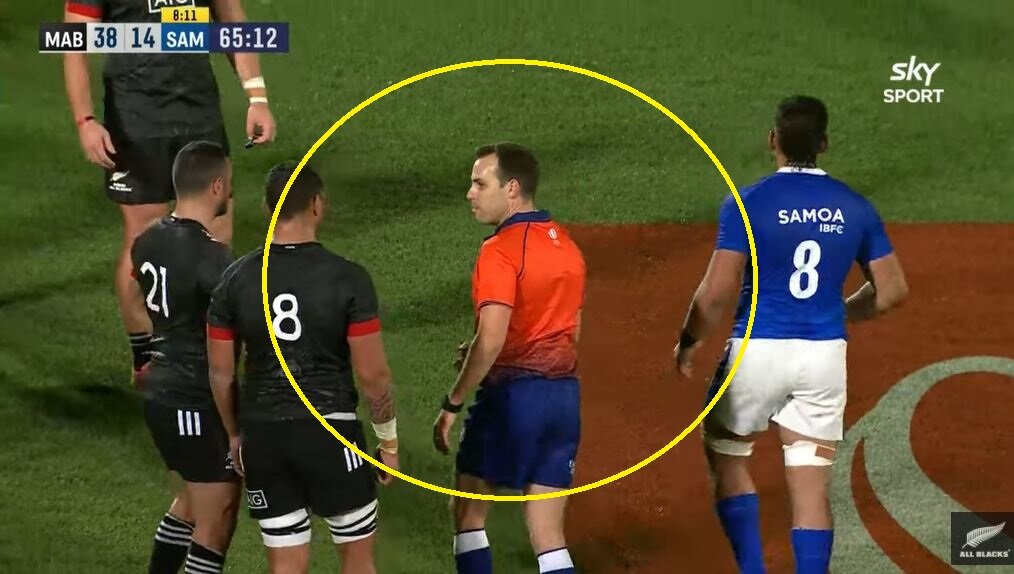 Rugby referees have been pilloried for handing out red cards like free condoms at a teen disco, but it should be noted some refs still know how to use discretion.

The incident happened during the Māori All Blacks second clash against Manu Samoa at Mt Smart Stadium in Auckland.

The ball carrying player – Alex Nankivell – slips as he’s about to be tackled and smashed in the head.

The ref – Mike Fraser – however makes the point the tackler was low, wrapped his arms and that mitigating factors meant it wasn’t even a penalty. Common sense prevailing, which is great to see.

Before the game, Māori Head Coach McMillan (Ngāi Te Rangi/Ngāi Tamawhariua/Te Rangihouhiri) said: “We wanted to give everyone in our 26-man squad the opportunity to pull on the Māori All Blacks jersey. This weekend, Ollie, Pari and Rameka get that chance.”

“It has been a special time for the Norris brothers. Last week Jacob debuted and this week it is his younger brother that gets the opportunity. Ollie has had a successful Super Rugby campaign for the Chiefs, and this is his chance to step up to the next level,” said McMillan.

McMillan was excited for the return of Parkinson in the Māori All Blacks jersey.

“Pari, last played in the Māori All Blacks jersey, when the team took on Fiji, in Rotorua. He was immense that game, provided a huge presence against Fiji and we are looking for a similar game from him on Saturday.”