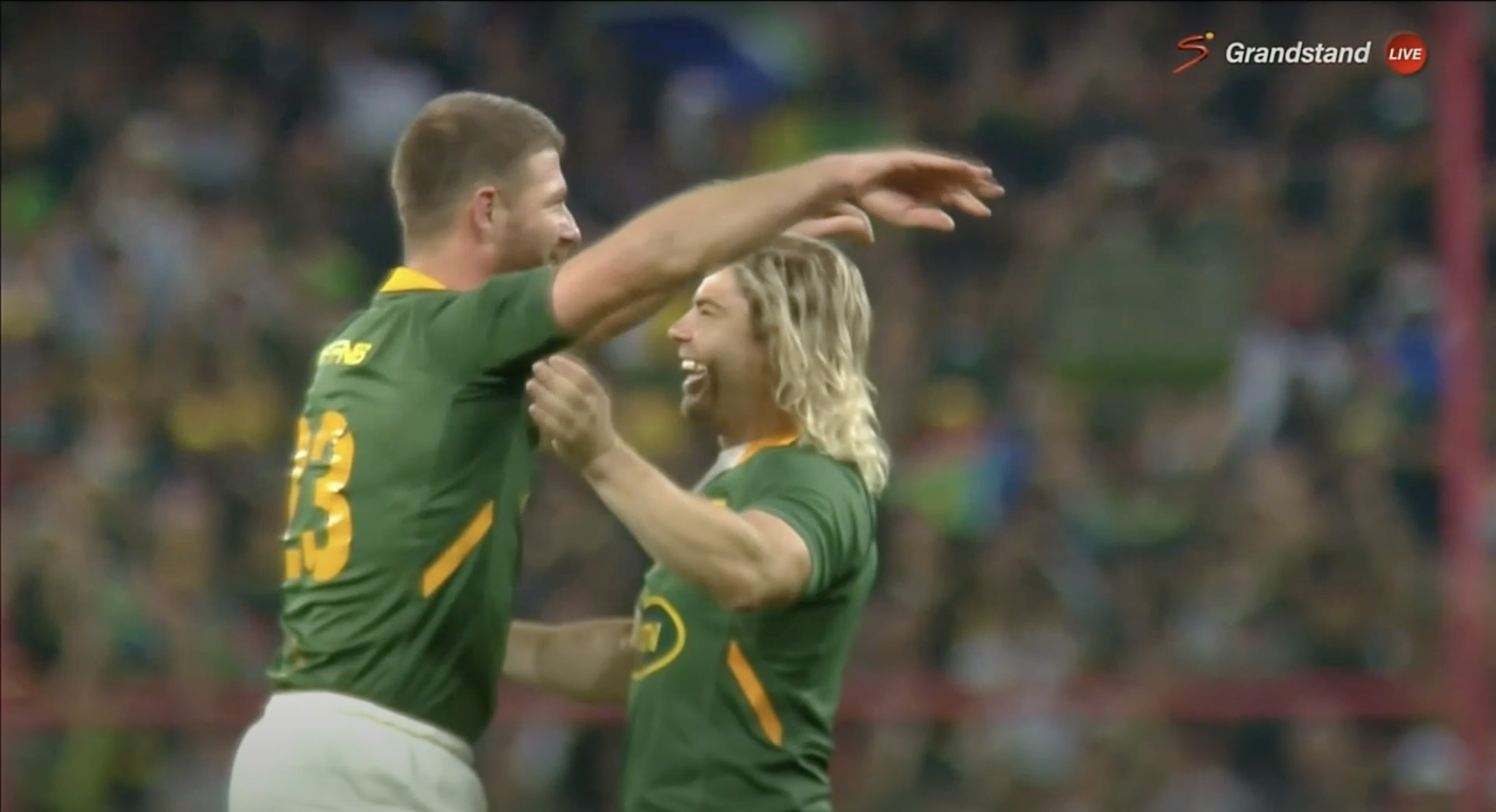 South Africa columnist Mark Keohane has gone big with his prediction this weekend, and expects the Springboks to inflict a record win over the All Blacks.

After producing their biggest win over New Zealand in 94 years last Saturday in Nelspruit, Keohane, joined by Zelim Nel for SA Rugby magazine, said that the combination of altitude and the atmosphere at Ellis Park will contribute to the record margin for the Boks.

“I’ve got South Africa to win, to win well, to win 38-20,” he said. “I’m giving the Kiwis a couple of tries, it’s an 18 point differential. It will be a world record for South Africa against the All Blacks.”

He also labelled this match as the “world champs versus the world chumps,” just to add insult to injury for Ian Foster’s men.

Given how little time the All Blacks have had to turn around last week’s result, Keohane is not the only person that is predicting another handsome scoreline for the World Cup winners. On the other hand, plenty of people have noted that in 2017 the All Blacks beat the Boks 57-0, but only won by a solitary point in their second encounter. That was slightly different as one match was in New Zealand and one in South Africa, rather than both being in South Africa, and the Boks had three weeks to regroup rather than one. However, the All Blacks do not need to overturn as big a margin.

#RSAvNZL – @mark_keohane and @Zels77 back the Boks for another big win at Ellis Park! pic.twitter.com/PLn5bhQm6y

Foster has made a few changes this week in the hope of turning the tide, opting to start Richie Mo’unga at No10 over Beauden Barrett.