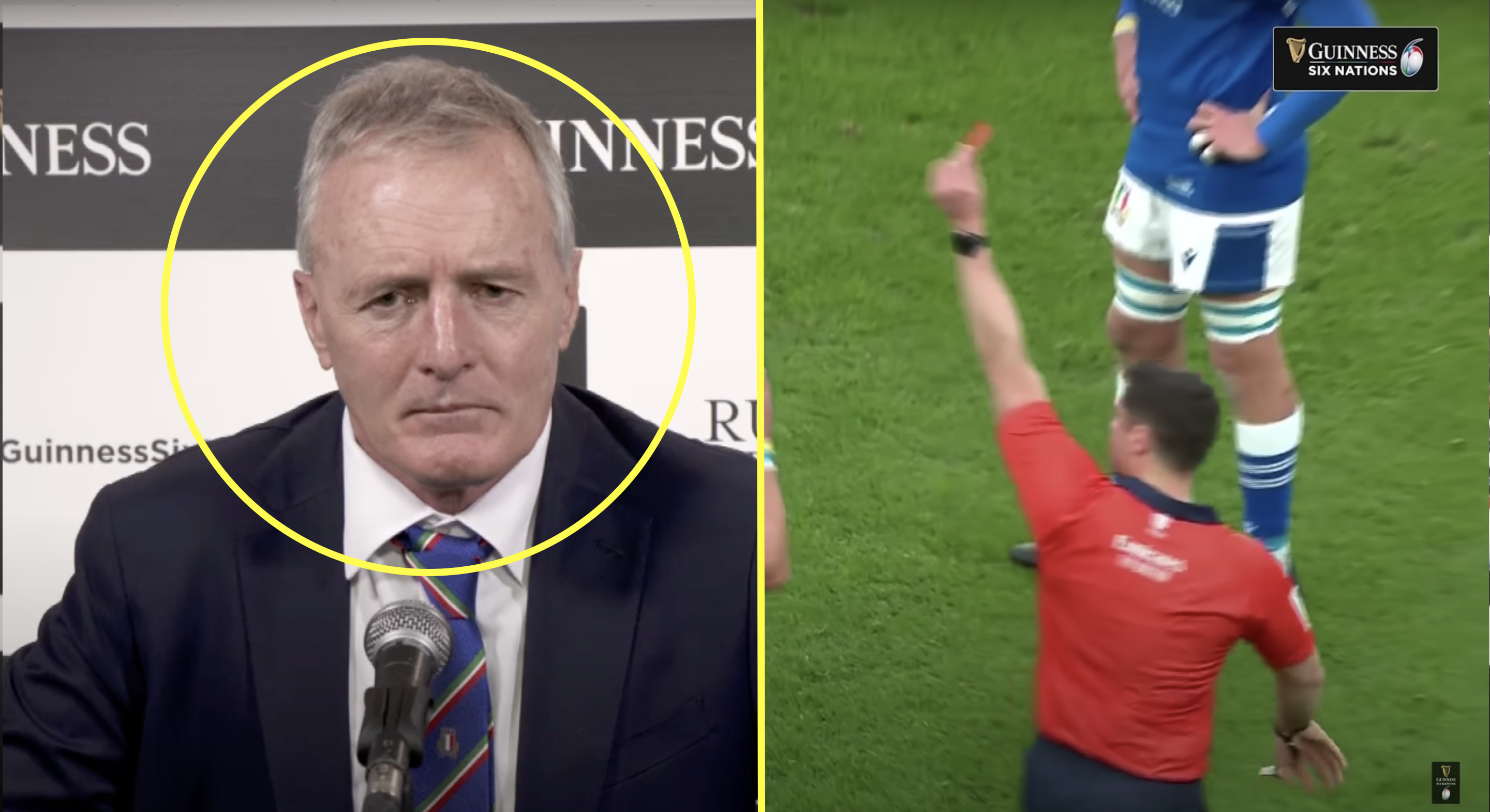 Italy head coach Kieran Crowley has leapt to the defence of referee Nika Amashukeli after the red card farrago involving his side and Ireland in Dublin on Sunday.

For those that are not aware, the Aviva Stadium bore witness to one of the strangest law quirks going at the weekend. This came after a red card was shown to replacement hooker Hame Faiva which in turn led to uncontested scrums. This meant Italy had to bring on another front row on, Ivan Nemer, as well as taking off an extra two players, No.8 Toa Halafihi and winger Pierre Bruno, meaning they played with 13 men for 60 minutes (and even twelve men at one point).

The reasons for this bizarre law are in World Rugby’s guidelines:

“During the match a team replaced both their props through injury. The replacement TH is permanently suspended (R/C). At the next scrum awarded in the match the following applies:

This was quite a baptism of fire for referee Amashukeli, who was taking charge of his first Six Nations game and was also the first Georgian to referee a match in the competition. He has faced some criticism since then, although it is quite clear he did what was in the law. Crowley pointed that out on Twitter recently, saying he cannot be blamed at all.

However, the Kiwi did put the ball in World Rugby’s court by suggesting changes must be made to the law, and it is likely that the vast majority of the rugby world is on his side.

“Seen plenty of comments; we can not blame the referee at all, he’s followed the rules,” he said. “Are they right? Well that’s for World Rugby to decide. I am very proud of our Italy team, we fought hard, 36-6 with 10mins to go displays that! Onwards to Scotland in two weeks!”

Seen plenty of comments; we can not blame the referee at all, he’s followed the rules. Are they right? Well that’s for @worldrugby to decide. I am very proud of our @Federugby team, we fought hard, 36-6 with 10mins to go displays that! Onwards to Scotland in two weeks!