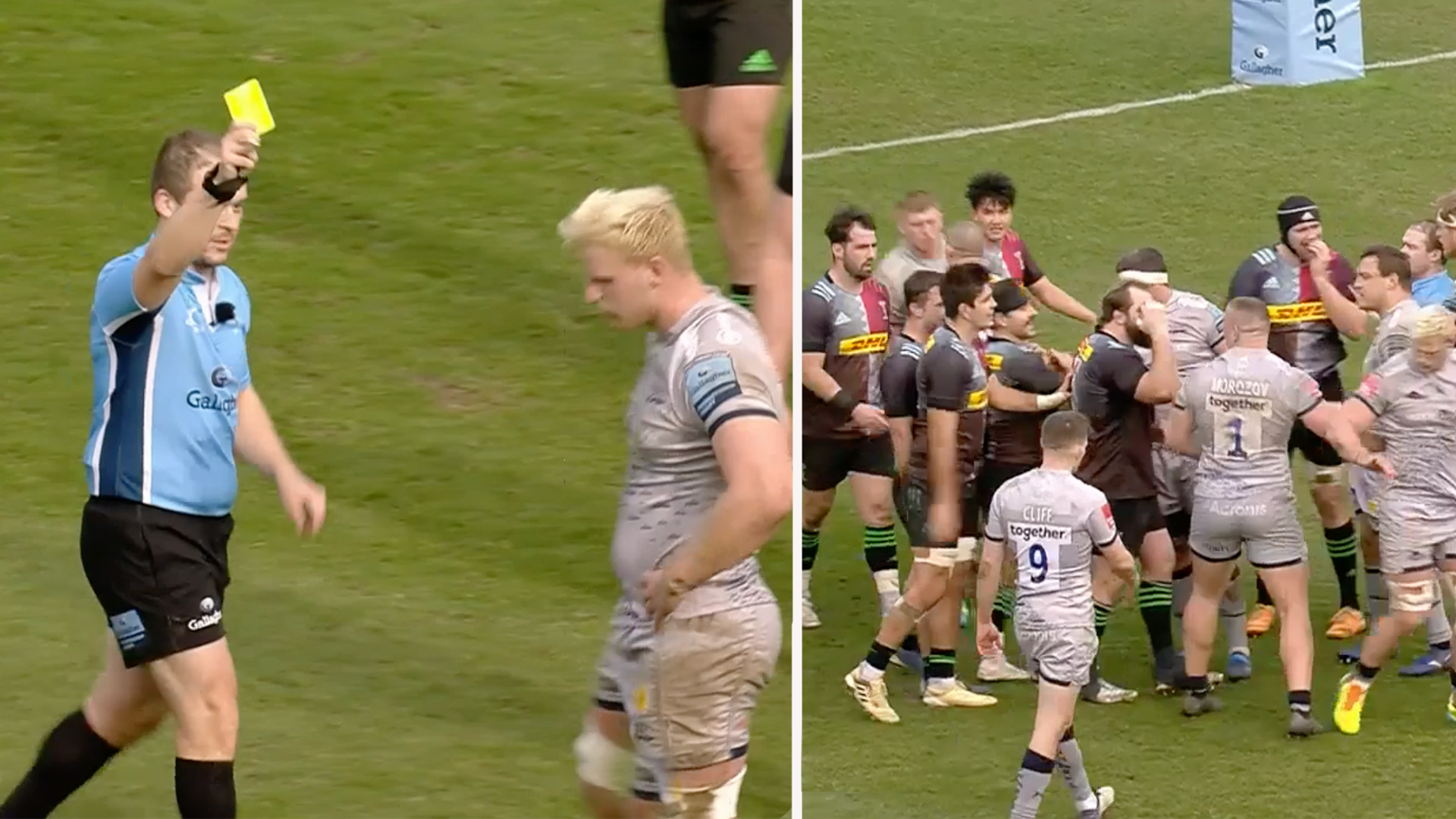 There were fiery scenes in the Gallagher Premiership this afternoon in the 1pm clash between Harlequins and Sale Sharks at The Stoop.

Alex Sanderson’s men endured a torrid first half in which they went behind by 21-0.

Tempers spilled over from both sides after this incident in the 39th minute of play.

The Quins made a great start to the game with a length of the field try from Joe Marchant after some great interplay from Mike Brown and Alex Dombrandt.

Dombrandt scored a try himself as the half time interval neared – but soon after, he was at the centre of an ugly scene between the two sides.

We see as he’s just hanging onto a ruck after helping to secure the ball for his side off the kick-off.  We then watch as Jean-Luc du Preez targets the Englishman at the breakdown.

watch the ugly scene from the Premiership in the video below

Based on last night – this cheap shot on Alex Dombrandt should have been a red card. Where’s the consistency? pic.twitter.com/caUYN3Drcm

Fans were split on social media following the ugly incident as Du Preez appeared to smash into Dombrandt in what looked like a needless clearout just before half time.

The TMO reviewed the incident and adjudged it to be a yellow card but there was a huge call on social media for the South African to be sent off.

Shocking TMO decision. Clear red card and Dombrandt should have been off for a HIA. Du Preez escaped with a slap on the wrist for that one #HARvSAL

But in seriousness, if Zander Fagerson got a red card, JP du Preez should have got about 7 for that shot on Dombrandt.

There were other fans, however, who argued that Alex Dombrandt was play-acting after the hit.

Dombrandt flop needs to be looked at- arms flailing and protest tried to buy a red card from the referee. It was barely a pen- Tempest gave the yellow to save his own face for checking it

@chjones9 would love to hear your views on the pod about the Quine/Sale game. Cynical simulation from Dombrandt trying to milk a red card in my opinion.