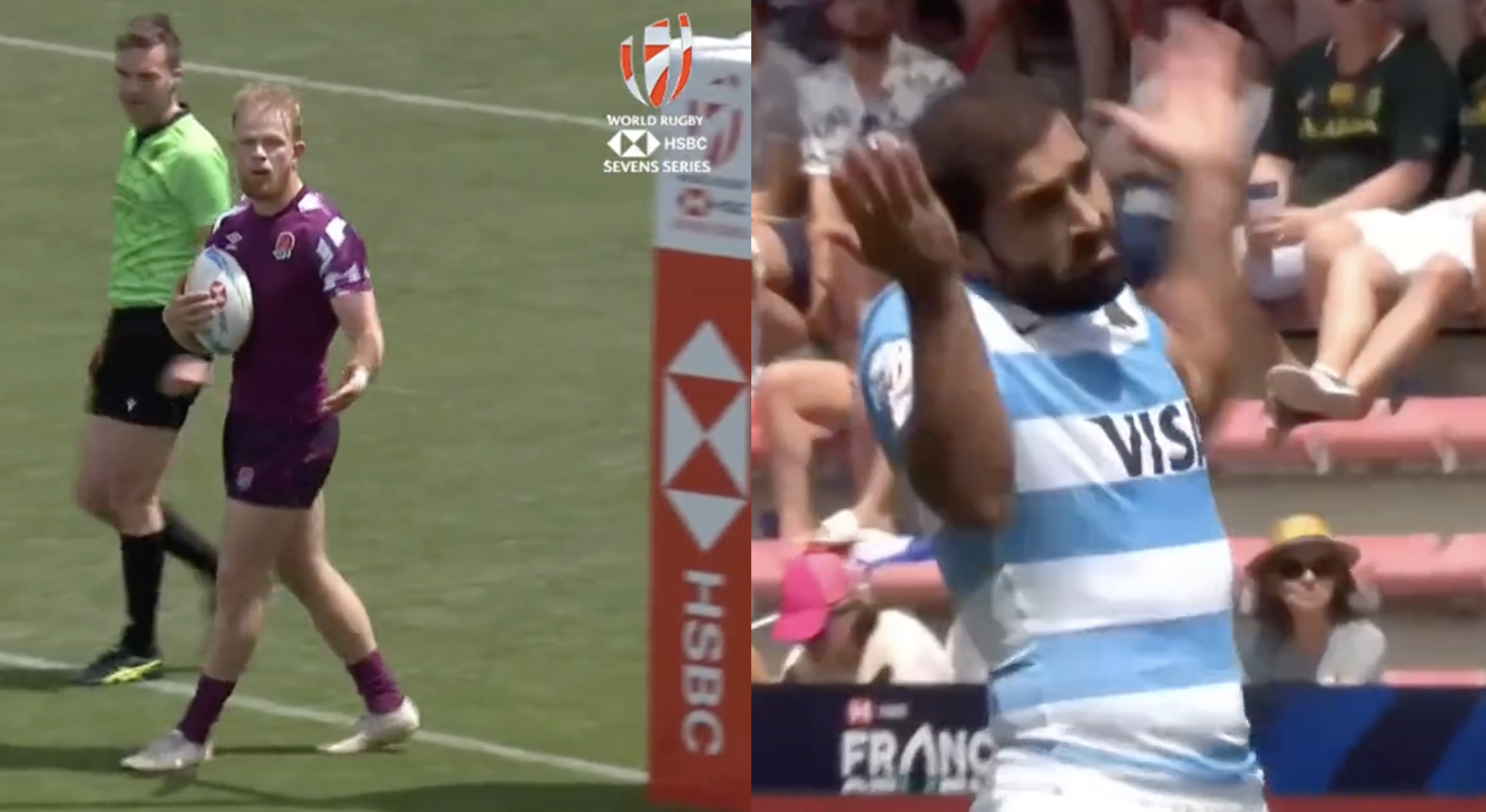 ‘I’ve never seen anything like that on a rugby field’: Bizarre standoff throws game into disrepute

One of the strangest moments ever on a rugby field was witnessed yesterday in a match between England and Argentina at the HSBC Toulouse Sevens.

With both teams tied on seven points going into the final minutes of their match against each other, and with Canada on seven points as well, both sides were happy to run down the clock with two minutes remaining when England’s Will Homer ran through for a try. That gave the six man Argentina a 19-7 win, but meant both teams progressed on points difference, with Argentina on +43, England on +18 and Canada on + 14.

It was all within the laws of the game, but brought into question the values, ethics and spirit of the game, as it meant Homer just stood by the try line for two minutes without an Argentinian player coming near him. The commentators even said at the time during the incident that it was a “classic ethics vs laws dilemma in rugby.”

“Time seems to stand still in Toulouse as England deliberately delay scoring the try that takes them through to the quarter-finals – and Argentina, down to six men and also going through, let them.”

Former Argentina captain Agustin Pichot hit out at all of those criticising Argentina for not engaging, as ultimately they won the match. Usually a losing side would want to hurry the game up, so it is not exactly the duty of the winning side to try and speed things  up. He wrote on Twitter: “Amazing how the employees from tv from wr protect status quo. Blaming the Argentineans, when they were not the ones speculating.”

Nigel Owens also gave his take on the incident, writing on Twitter: “I don’t think this is good for the game. A player or team must not do anything that is against the spirit of the game. I’m surprised the referee didn’t make him to ground the ball. Thats what we use to do when I was on the 7s circuit, many years ago.”

Time seems to stand still in Toulouse as England deliberately delay scoring the try that takes them through to the quarter-finals – and Argentina, down to six men and also going through, let them#HSBC7s | #France7 pic.twitter.com/nF29JbVpdy