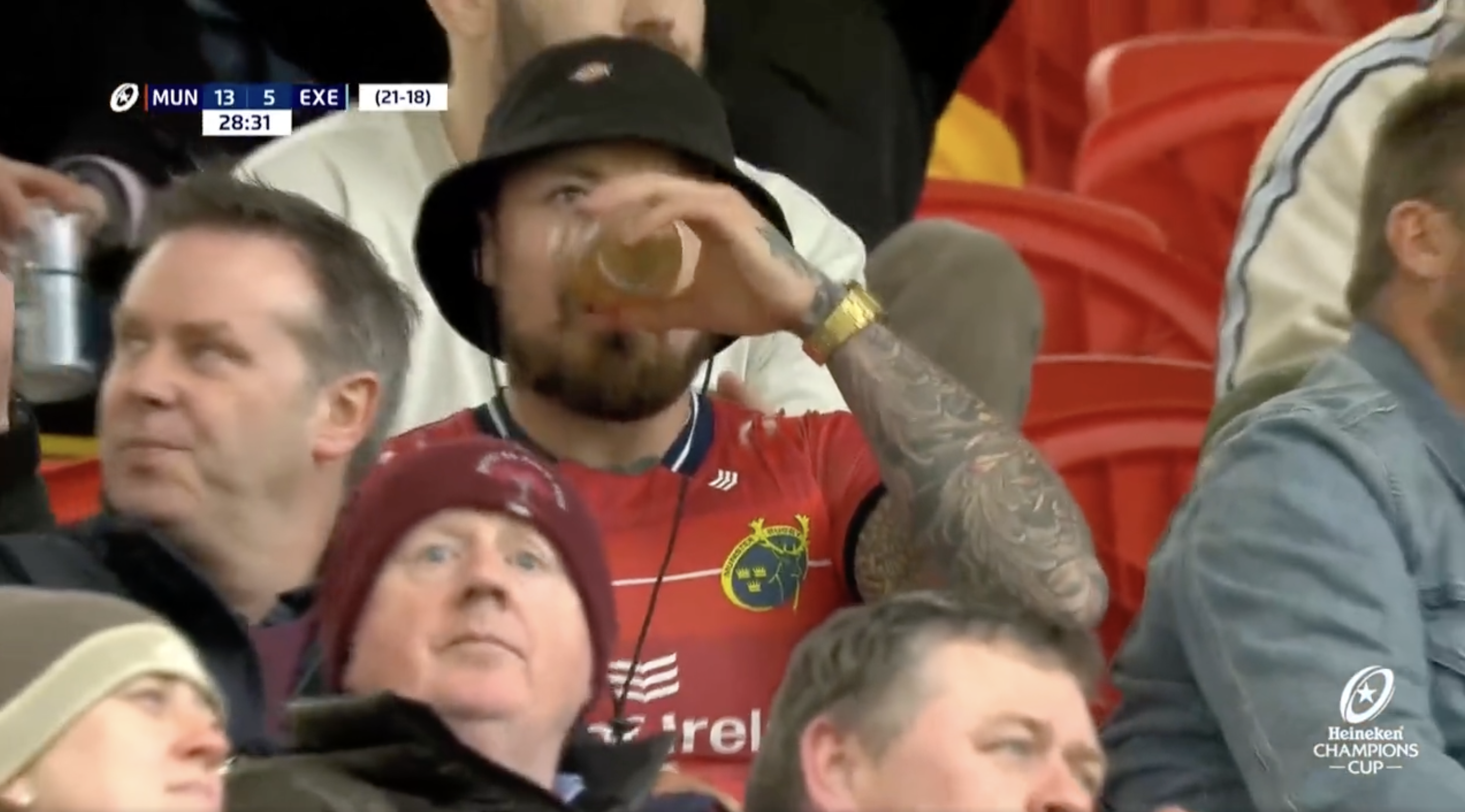 Exeter Chiefs and Munster may have produced a compelling two leg battle over the past two weeks, but the thing that will last in the memory of many fans is the image of Jack Nowell in a Munster shirt at Thomond Park.

The England and Exeter winger was spotted by the camera crew during the match as he sat in the stands, still out with the broken arm he suffered against France in the Six Nations.

It has since been revealed that it was his stag do, organised by fellow injured England and Exeter star Luke Cowan-Dickie. As a guest on the BBC’s Rugby Union Weekly podcast, the 29-year-old described how the day unfolded.

While this may have been a good day out for Nowell, it was not for Exeter as they fell 26-10, meaning they crashed out of the competition.

Speaking after the game, Exeter director of rugby Rob Baxter said: “I can talk through the game in all kinds of ways, but there is a reality that we were not where we needed to be today to win that game.

“We started pretty brightly and then our first set in defence was so far off what we were achieving last week with its intensity and collision quality, that worried me a little bit.

“That probably made me have some concerns, with how simple that momentum came and how simple the (Carbery) try came. To be fair to the lads, we fought our way back into the game at times and we score our second try, it becomes a tight contest again.

“I thought Munster were where they needed to be and we weren’t. I think that is great credit to Munster and the crowd and the emotion they created together.

“I thought it was fantastic for them. But we needed to be better than we were today.”

“I was being lineout lifted in the bar for 3 hours after!”

Jack Nowell on his Thomond Park day out as a Munster fan. Loads more on latest BBC Rugby Union Weekly pod which is out now: pic.twitter.com/Fx3RaN8obl