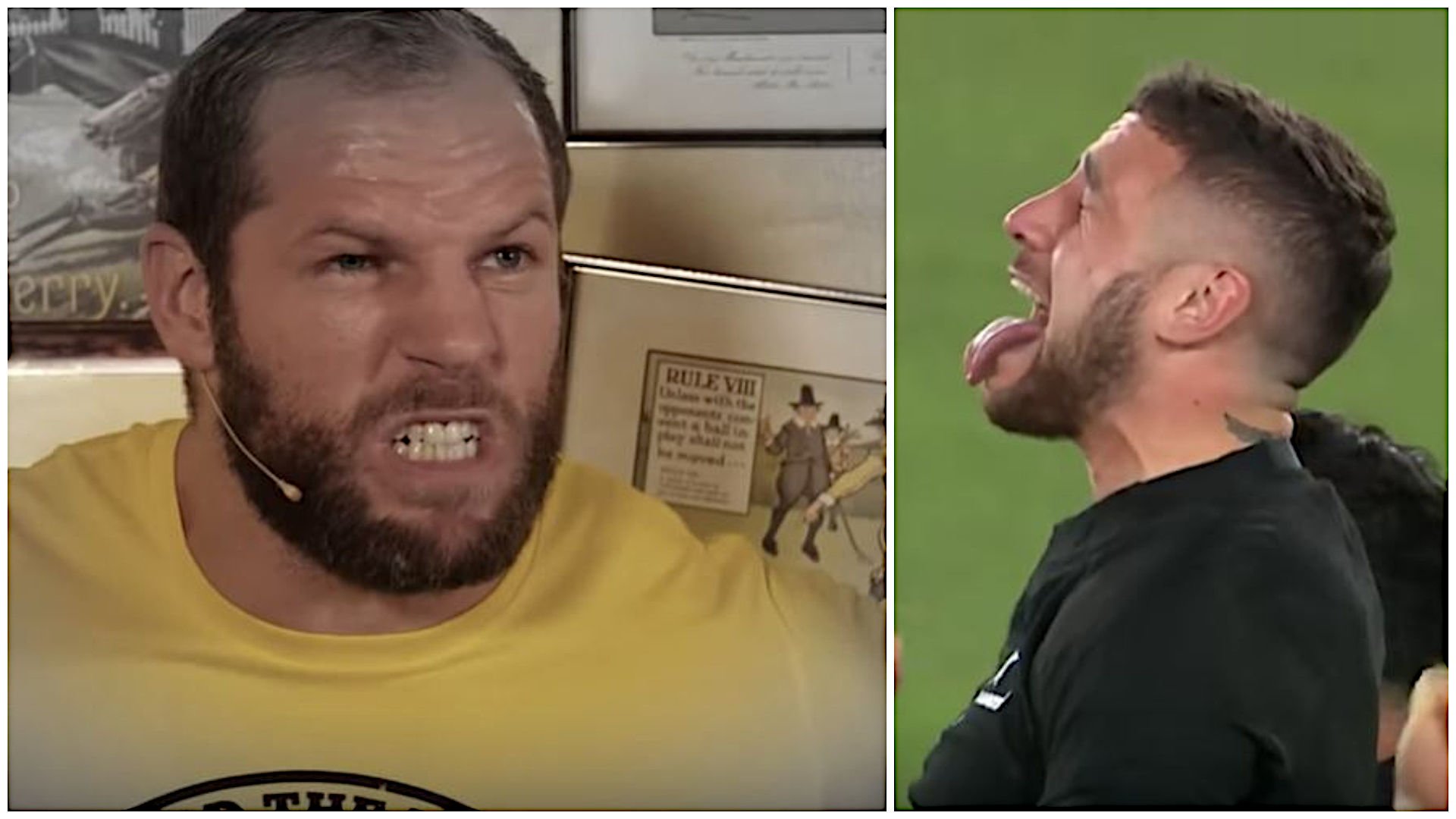 Even with the All Blacks only coming fourth in the Rugby World Cup, the Haka still continues to be a source of controversy.

Today it was widely reported that England will be fined for the incroach on the traditional dance, news that was met with derision by many.

The fine might be for technically going over the line of the halfway, but it’s obviously that World Rugby don’t want to turn every Haka into an international incident.

In case you were under a rock for a week, here’s the V formation England took against it. It’s been viewed 4 million times.

Even Hansen thought the fine was nonsense.

“You’re taking me in dangerous territory here. I think their (England’s) response was fantastic. They didn’t get fined for responding with what they did, they got fined because they went over the halfway (line). And everyone knows you can’t go over the halfway.

Anyway, James Haskell gave his opinion on the Haka last week before the match and it was very funny.

Elsewhere, the contenders for the International Rugby Players (IRP) Try of the Year 2019 have been revealed, with the winner to be announced at the World Rugby Awards in Tokyo on 3 November.

Three of the tries shortlisted were scored at Rugby World Cup 2019 in Japan with the other contender scored by Italy captain Sergio Parisse in their test against Russia in August.

The four tries were selected by the IRP Try of the Year panel of former players in Rugby World Cup winners Fiao’o Faamausili and Bryan Habana along with Jamie Heaslip and Thierry Dusautoir.

CHARLES OLLIVON (FRANCE)
Wales were left reeling following an expression of French flair in their Rugby World Cup 2019 quarter-final against Les Bleus. Following a barnstorming break from Virimi Vakatawa, the centre offloaded to Romain Ntamack who in turn popped a pass to his half-back partner Antoine Dupont. The scrum-half drew a tackle from Liam Williams and haring up on his right shoulder was flanker Charles Ollivon, who cantered under the posts unopposed. C’est magnifique.

SERGIO PARISSE (ITALY)
Italy captain Sergio Parisse’s importance to the Azzurri was highlighted against Russia as he began and finished this free-flowing move. Having claimed the lineout and delivered the ball safely to scrum-half Tito Tebaldi, some quick hands in midfield created the space for Jake Polledri to break through and take Italy deep into Russian territory. Tebaldi was on hand to continue the move and ship a pass out to Parisse who powered over the line.

TJ PERENARA (NEW ZEALAND)
Playing in the unfamiliar role of fly-half against Namibia at Tokyo Stadium, TJ Perenara side-stepped Prince Gaoseb before racing into opposition territory and producing a stunning pass to George Bridge. Once play was recycled Rieko Ioane popped a pass to Brad Weber whose ridiculous offload found Perenara on the left wing. The All Blacks replacement set a course for the line, brushing off tackles from Obert Nortje and Helarius Kisting to touch down in the corner. Just.

COBUS REINACH (SOUTH AFRICA)
Starting inside his own 22, South Africa fly-half Elton Jantjies produced an inch-perfect kick-pass for winger Warrick Gelant, who evaded DTH van der Merwe and sprinted into the Canadian half. Damian de Allende offered support to keep the move going and in turn spun a pass to scrum-half Cobus Reinach, who breezed under the posts to complete his hat-trick with barely 20 minutes of this RWC 2019 Pool B match played.

World Rugby Chairman Sir Bill Beaumont said: “After an amazing year of rugby and many incredible tries to choose from, it wasn’t an easy selection for the International Rugby Players’ panel but they have done it brilliantly.

“We are proud of our close cooperation with International Rugby Players and the IRP Try of the Year reflects the partnership with which we approach key player welfare and player-related topics.”

International Rugby Players’ Conrad Smith, the former All Black and Rugby World Cup winner who chaired the Try of the Year panel, said: “There were some excellent scores this year and our job to pick a shortlist was a difficult one.

“From the men’s and women’s Six Nations in early 2019 all the way through to the Rugby World Cup in Japan, we saw some amazing efforts during the year. These tries really are a testament to the quality of international rugby and the skills on display out there and this sparked some great debate among the panel.”

For more details on the World Rugby Awards, visit www.world.rugby/awards