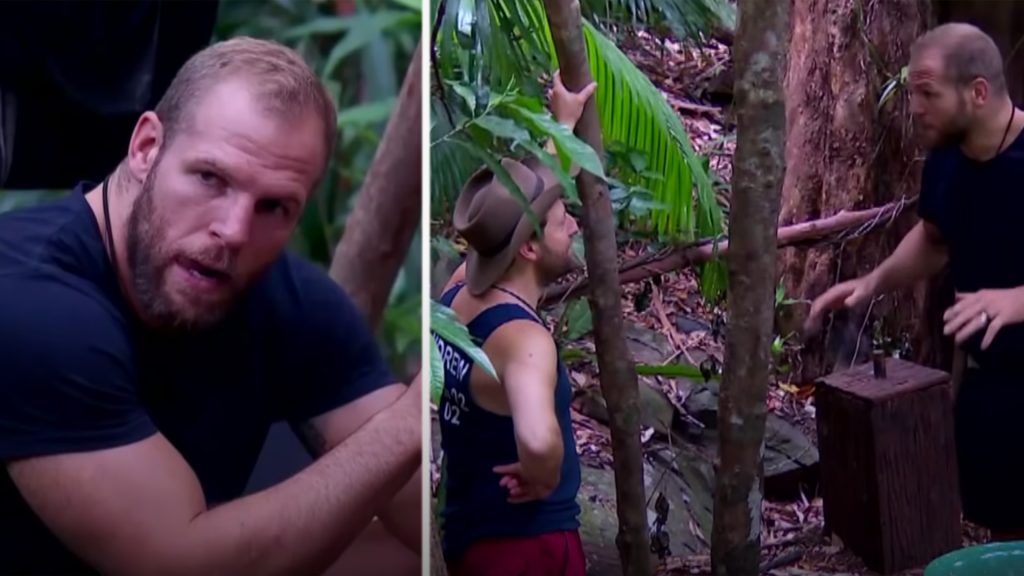 Former England back-row James Haskell is starting to have a tough time of it in the jungle. Hunger and irritability seems to be taking its toll on the man as he snaps at fellow contestants in the Australian jungle. He lost his patience here.

The more neutral fans seem to be turning on Haskell recently as he has got increasingly agitated with some of the people in the Jungle. We can’t really blame him. The celebrities in the jungle are eating a lot less than they normally would so tempers are bound to flair in the lead up to it.

The real sticking point for some fans was the comments he made about the other celebrities not being able to organise themselves properly for a challenge.

“It’s like a f*****g circus of circus of stupidity. I can’t do it, I’m too intelligent and too switched to be like… just put your hands up and let someone count them and majority wins… shut up, let’s move on.”

We have to agree with Haskell on this one, the group were incredibly slow to get things organised, but it’s not a good look for the former Northampton and Wasps man to kick-off as he did. He won’t make any friends doing that.

Haskell survived another round of voting last night as it approaches the third week that he will have been in the jungle. For a man that was once consuming 4000 calories a day, down to 800, it is no shock that he is getting agitated, anyone would.

Here is the clip of him losing his patience with the contestants. It’s going to be tough for him now.