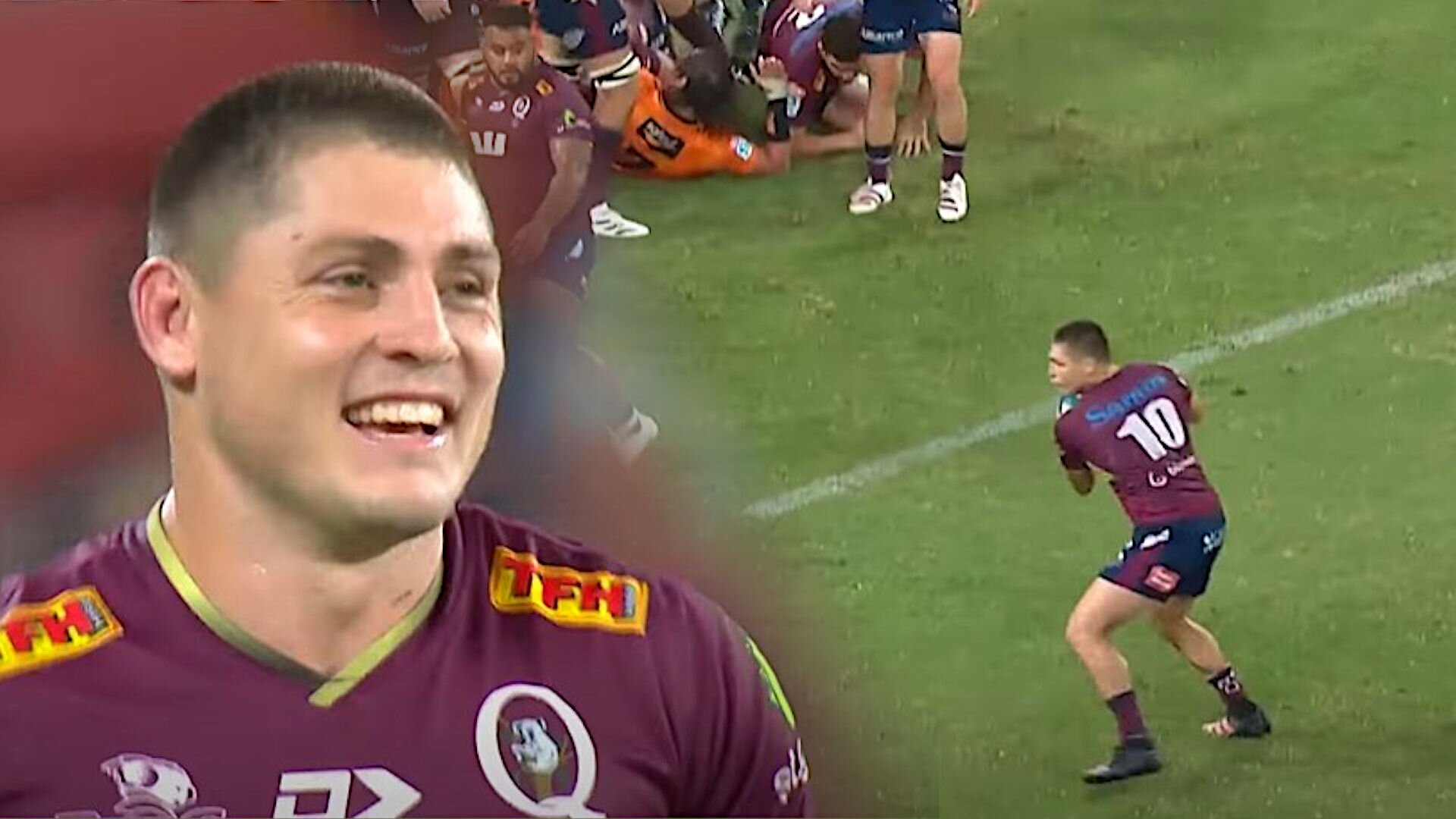 Not many people can throw this pass – but Queensland Reds flyhalf James O’Connor can. The only other player that we can think of that could throw this pass is Danny Cipriani or Quade Cooper.

Last year the 31-year-old re-signed for the next two seasons, that will see him remain at Ballymore and in Australian Rugby until the 2023 Rugby World Cup in France.

In 2021 O’Connor was appointed stand-in captain of the Queensland Reds after a pre-season injury to Liam Wright and helped lead the side to the Harvey Norman Super Rugby AU title taking out the fan-voted season MVP award in the process.

Following time in Europe and the UK, O’Connor returned home to Queensland in 2019 ahead of the Rugby World Cup in Japan.

Last year, then Rugby Australia Director of Rugby Scott Johnson said: “It’s been a pleasure to have James back in Australian Rugby. I said at the time that he had matured immensely while overseas, and I think we have all seen that over the last two years.

“James will be the first to say though that the work isn’t done. We have a number of things to achieve in Australian Rugby in the coming years, and James’ experience will be invaluable to both the Reds and the Wallabies.

“James also recognises the role he has as a mentor to our next generation too – and that may prove to his greatest legacy,” Johnson said.