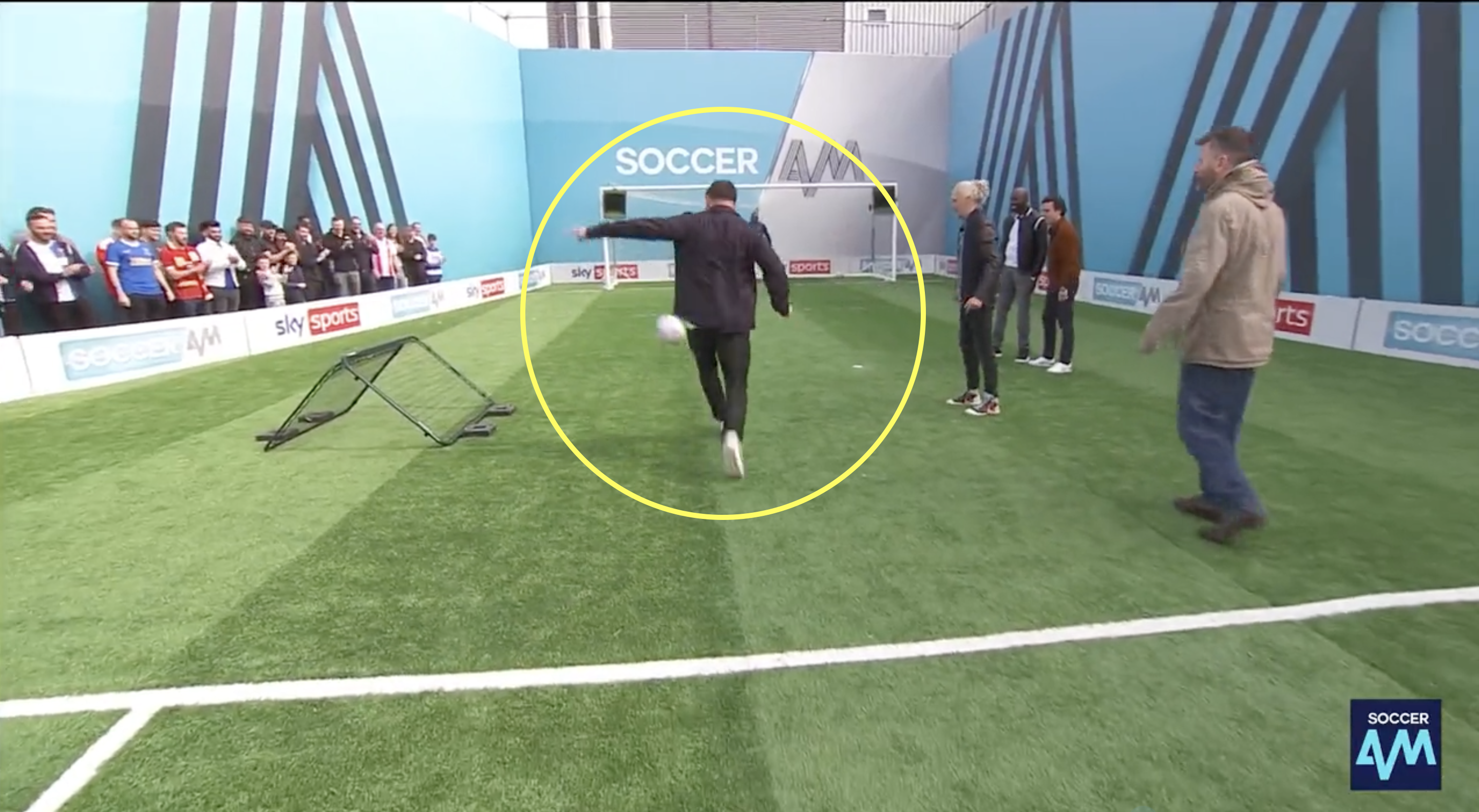 Jamie George is a hooker that has been known to kick in the past, but he took his reputation to the next level this week.

As a guest on Soccer AM this week, the 31-year-old showed that he is wasted throwing the ball, or maybe in rugby altogether.

The term is ‘top bins’ in football, and the Saracens and England hooker showed his laser like precision that comes from a lifetime of lineout throwing with a world class volley into top bins on TV. George was not just happy with the volley though, as he later produced a free kick that was sailing into top bins until it was saved by the keeper.

With Saracens playing on Sunday, against bitter rivals Exeter Chiefs, George took the opportunity on Saturday to try and impress any football scouts that are interested in a 110kg, 31-year-old that has the goal scoring instinct of Cristiano Ronaldo. It is back to his day job tomorrow though, where he is set to start against the Chiefs.

George has spoken this week about the match against fourth place Exeter at the StoneX Stadium in what is a crunch weekend in the Gallagher Premiership with table toppers Leicester Tigers facing third place Harlequins at the Stoop.

“We’ve had really good preparation leading into it and I’m sure they’ve had the same. Whenever you play Exeter, they are a very physical team, and they know the sort of game plan they want to put in place.” the England hooker said.

“It’s going to be a big game for us. They’ve got great players all across the field and they utilise that and play to their strengths. They are a team we respect massively, and a team we also love playing against because it brings the best out of both sides.”

Take a look at his volley:

What a line up!

AND WHAT A TOP BIN FROM JAMIE GEORGE TO START THE SHOW 😱🔥 pic.twitter.com/TvRe1j3oiq

Take a look at his free kick: