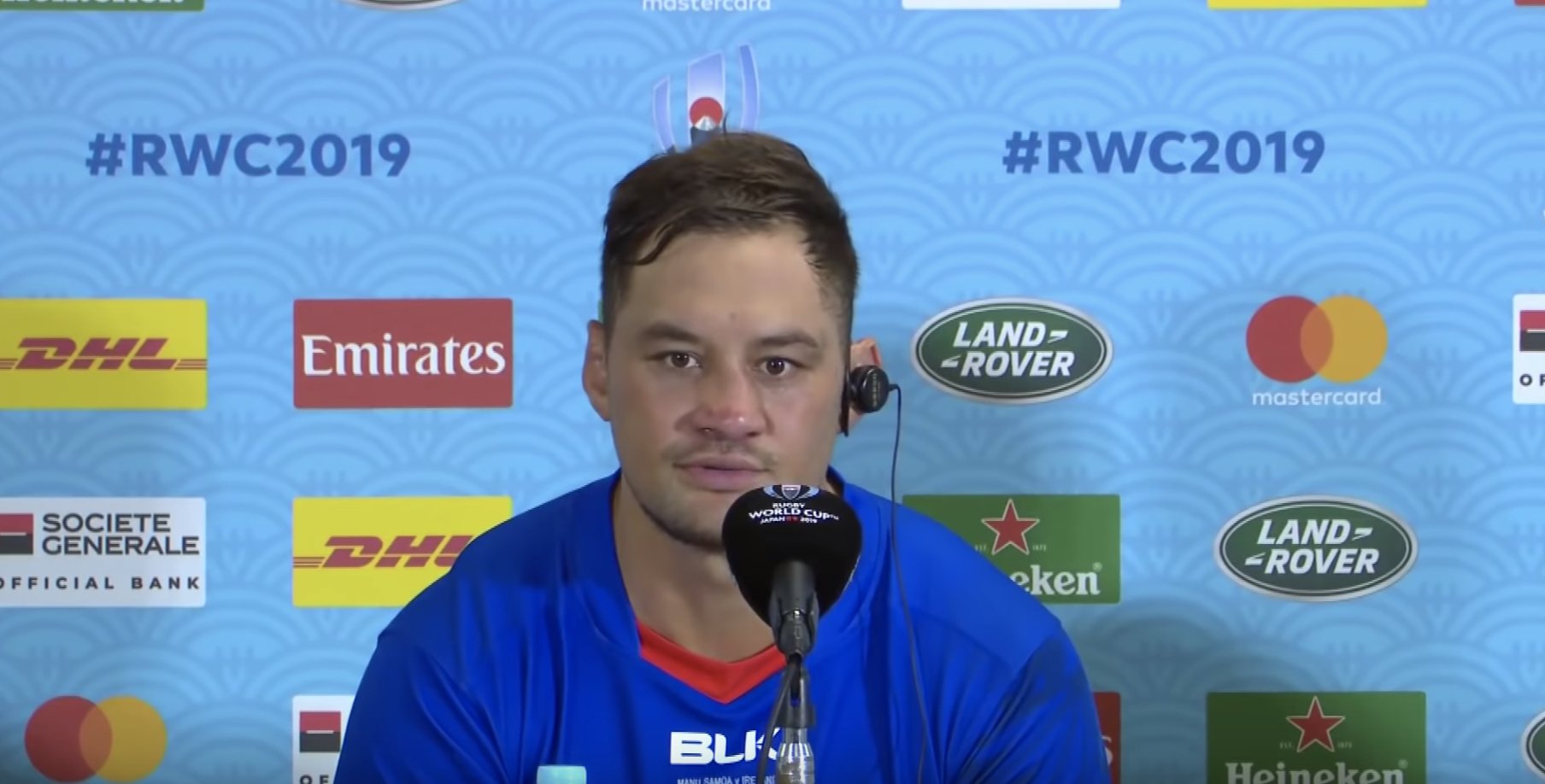 Ireland comfortably beat Samoa this weekend, securing a bonus point which guarantees them a spot in the World Cup quarter finals. However it is the comments that coach Vaeluaga Steve Jackon and Jack Lam made which will be remembered.

Bundee Aki was red carded in the first half after a high tackle .

Here it can be be viewed below…

The hit was certainly a red card, nobody is denying that.

But listen now to the comments that the Samoa coach and captain made straight after the game.

The head coach said this;

There are mitigating factors, the dropping height, all these things come into play, but it’s the toss of a coin at the moment. I’ve known Bundee a long time, he’s a great man, has great character and doesn’t want to do that to anyone.

“Hopefully the powers-that-be see some sense and he gets to carry on in the tournament because he’s a great kid and deserves it. I hope no further sanction comes.

“Was there malice? No, it was just physical in the tackle, and being Samoan he always would be. They are asking players to make a decision in a spilt second about what kind of tackle they have to make, which is very difficult.”

Incredible amount of common sense and honesty from the coach here.

And if that wasn’t enough listen to what they’re captain Jack Lam had to say.

I’ve never seen such sportsmanship in our sport.

When he was asked how he felt about the tackle that Bundee Aki made on him, this is what he had to say…

This is what he said.

“No hard feelings. Hopefully it doesn’t get ruined by missing a couple of games. Hopefully we get to see him in the finals.”

Simply incredible this is what we need to see in our sport.