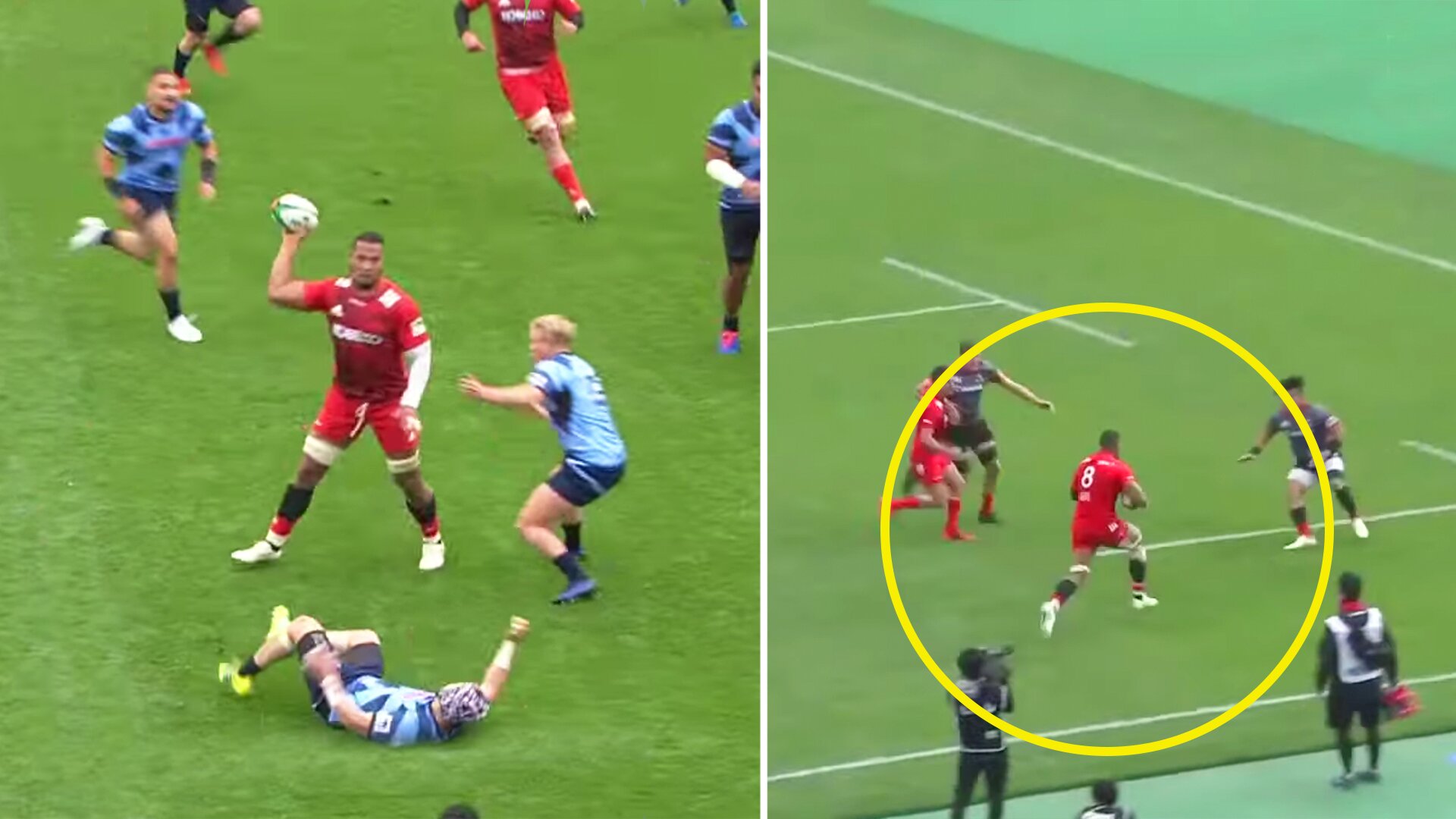 Japan may just have found their new powerhouse number eight after this explosive footage emerged overnight.

Kobe Steelers back-rower, Taumua Naeata, has been quietly dominating the Japanese Top League this season with some devastating performances with ball in hand.

This is a truly outstanding video

The explosive running number eight could be the natural successor to Amanaki Mafi who’s dominated for the Brave Blossoms over the last ten years.

This new footage shows Naeata playing alongside the likes of Brodie Rettalick and Dan Carter for the Steelers in some standout performances for the Top League side.

He not only demonstrates an incredible running game – but also his handling is outstanding.

We see the number eight throwing one-handed passes all over the field as well as drawing in defenders with some deft handling skills.

You’ll want to see how good this guy is!

Standout Blues No. 8 Hoskins Sotutu is reportedly in doubt to play in this week’s Super Rugby Aotearoa clash with the Hurricanes on Saturday.

Newshub reports that the in-form 22-year-old has undergone scans after he was spotted hobbling late in his side’s 26-15 defeat to the Crusaders in Christchurch last Saturday.

The extent of Sotutu’s apparent injury is yet to be revealed, but the report states he is unlikely to square off against the Hurricanes at Sky Stadium in Wellington.

he news will come as a hefty blow to the Blues’ preparations for Saturday’s derby match, as the youngster has enjoyed a breakout year off the back of the scrum for the Auckland franchise.

Sotutu’s sparkling form has led to speculation that he is among the prime contenders to fill the vacant No. 8 role in the All Blacks following Kieran Read’s international retirement.

In his absence, the Blues are likely to call upon Akira Ioane, who has been in similarly good form since coming into the starting side as a blindside flanker.

Ioane had long been used at the Blues’ No. 8 in recent years, but the rise of Sotutu this year has pushed him onto the side of the scrum, where he has blossomed as part of a rejuvenated forward pack.