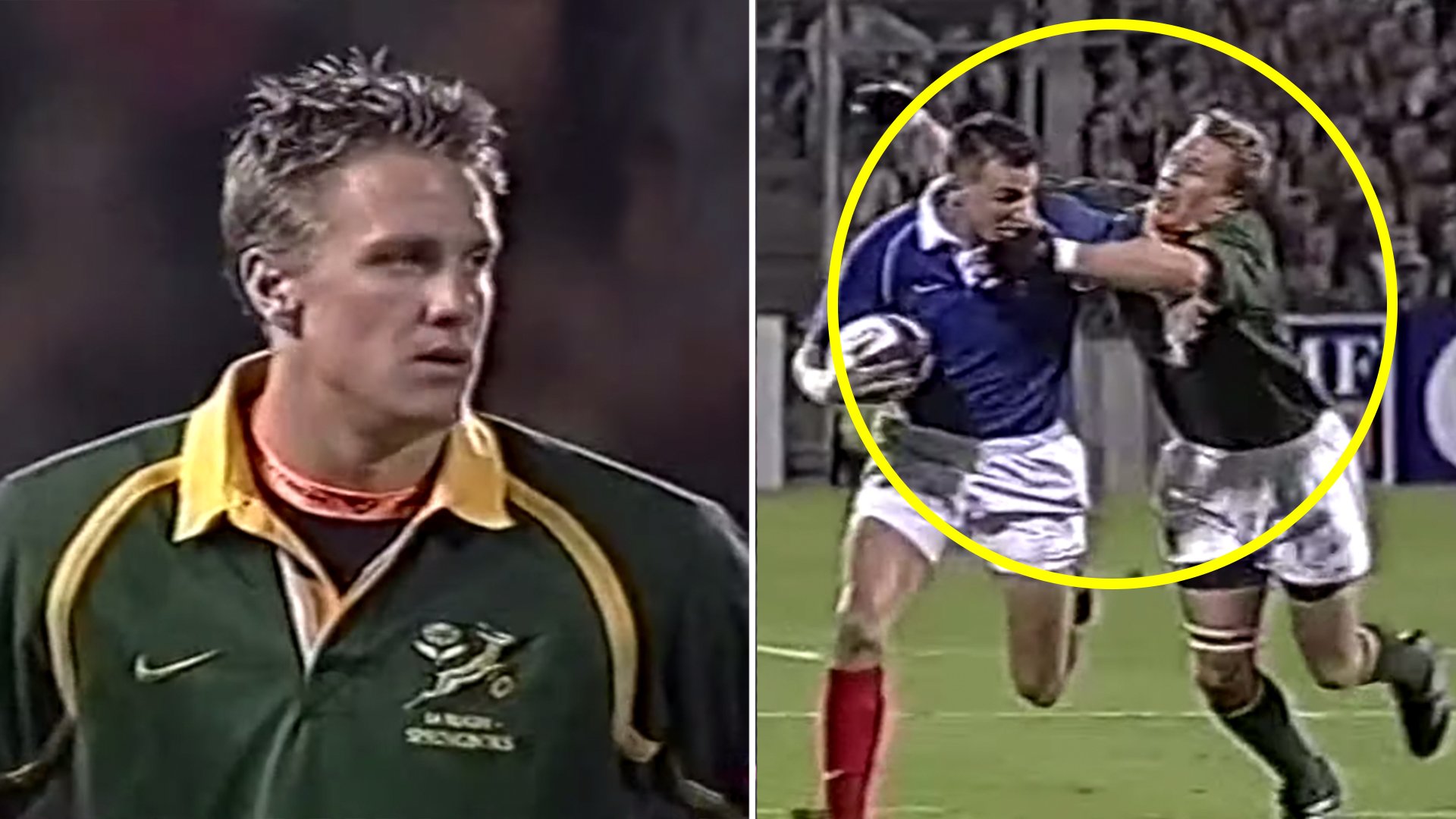 A video has just dropped online of the day South African captain Jean De Villiers made his debut for the Springboks back in 2002.

I think it’s fair to say this wasn’t the fairytale match that he must have envisaged for his first international cap.

We see in the early moments of the game that the 21-year-old centre is raring to get involved as he races across the field to make a covering tackle.

From there on in things go from bad to worse for the South African 13 who will not look back fondly on this nightmare debut.

The Stormers legend went on to have a hugely successful career with club and country and is one of the most respected Springbok captains of all time.

It’s clear to see that De Villiers harnessed the demons of this horror-show debut and through his immense strength of character came back bigger and better.

Bill Beaumont has been re-elected as the chairman of World Rugby after beating back Agustin Pichot in a closely fought race. According to World Rugby, Beaumont won by 28 votes to 23 over the Argentinian darkhorse. The late backing of both Africa and Japan in favour of Beaumont appears to have swung the election in his favour.

Beaumont has called on the game to unite and get working immediately to achieve sustainable growth in the face of the COVID-19 pandemic after being elected for a second term.

Beaumont achieved a first-round majority of 28 votes to 23 in the election which was independently managed by PwC, standing against Pichot, whose maverick candidacy has caused a stir the last month in rugby circles. Pichot had promised a reform of World Rugby in order to better represent Tier 2 nations and to grow the sport beyond its traditional strongholds.