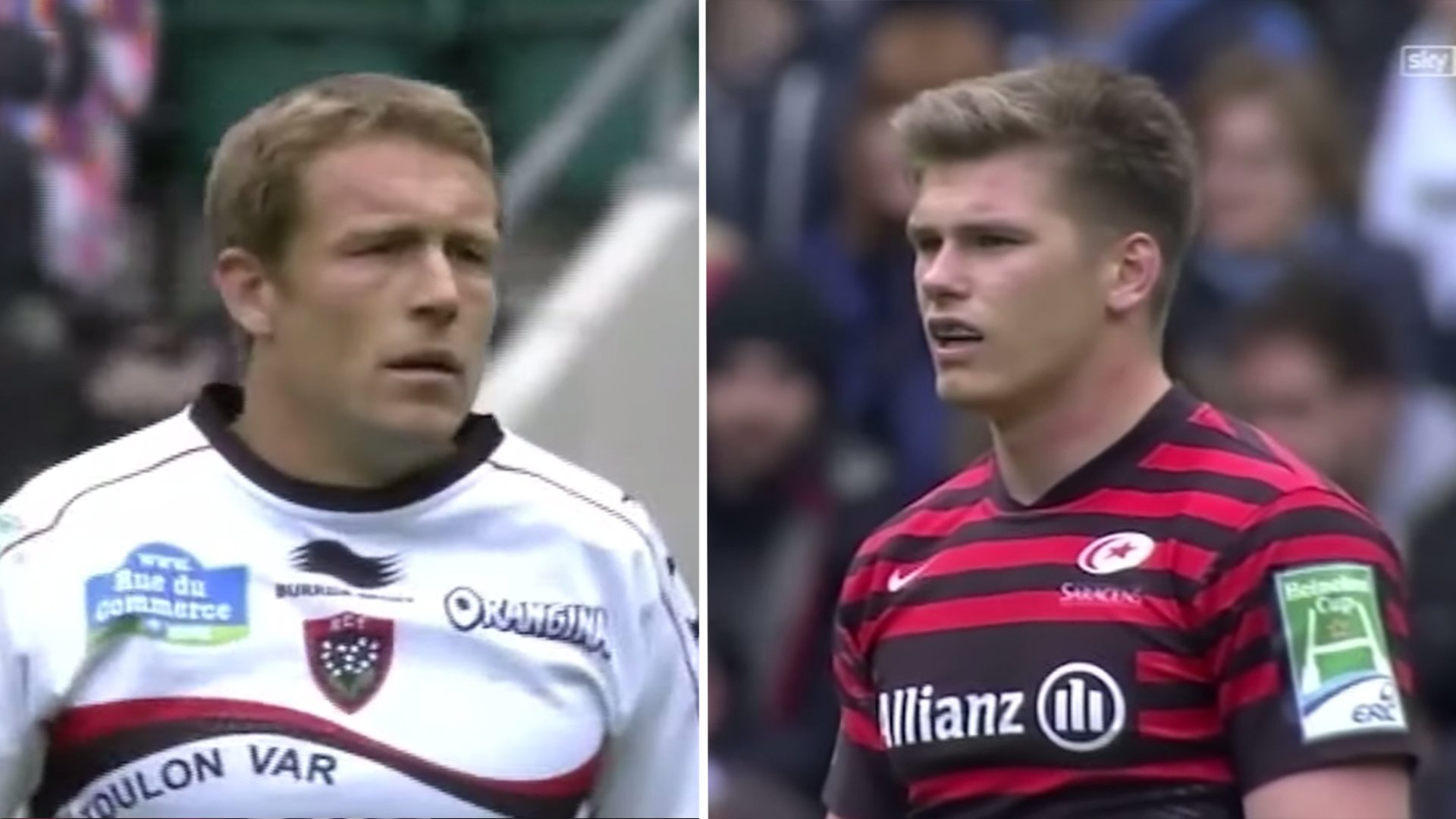 Toulon have just released full footage of their 2013 European Cup semi-final against Saracens. A game made famous for a clash between two English greats – Jonny Wilkinson and Owen Farrell.

If you were ever to dub a game a blockbuster match, then this would be it.

This was Toulon’s ‘Galacticos’, the side that would go on to win three back to back European Cups, against Saracens who were just starting to dominate England domestically before setting their sights on even bigger prizes.

This epic contest featured some of the biggest names in the game. When we look back at just how many stars there were in this Toulon side it really is eye-watering.

Wilkinson and Farrell are now very close, here he can be seen helping Farrell before the 2019 World Cup final…

Bryan Habana, Matt Giteau, Mathieu Bastareud, Jonny Wilkinson, Andrew Sheridan and Bakkies Botha to name a few. This was one of the all-time great European sides.

Wilkinson himself was in the form of his life after crossing the channel to play his rugby in the south of France and this match will go down in history as one of his greatest performances.

This game features a famous moment in the final quarter of the contest that epitomised just how far Farrell still had to go in his development if he was to reach the same level as his opposite man.

In the dying minutes of the match with the game getting away from Saracens, the ball fell to Wilkinson.

The World-Cup winner switched the ball onto his left foot and slotted over the drop-goal under maximum pressure that would take the result out of Saracens reach.

In this moment we can see Farrell desperately attempting to charge down the kick down but failing only managing to clatter into his opposite man before bringing both men to the ground.

We can see clearly in all of it’s HD slow-motion glory the moment that Farrell must concede defeat as he hangs his head in despair only to get a pat on the back from the then superior Jonny Wilkinson. Pure poetry.