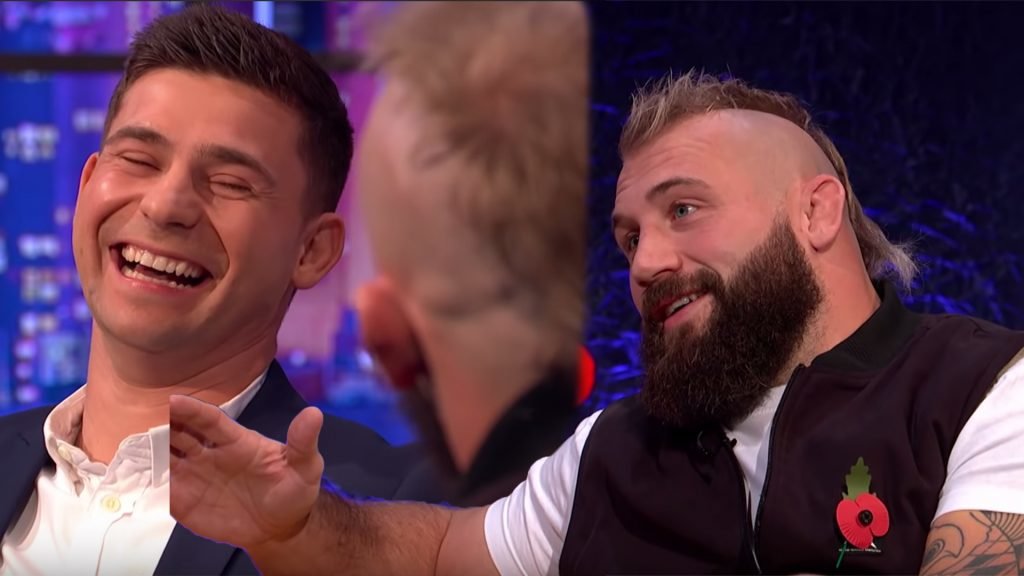 Pure comedy from the England lads on the Jonathan Ross show here as they explain that haka formation, could they get much more likeable at this point? (Apart from Medal Gate).

Four of the England players appeared on the TV show last night in light of England’s positive World Cup campaign in Japan. Joe Marler stole the show on this one with his hilarious explanation for England’s V-Shaped haka reaction against the All Blacks.

Ross asked the team what the reasoning was behind the formation. England scrum-half Ben Youngs put it down to them deciding it the night before the game, whilst Marler put it down to England previously intending to do a semi-circle formation rather than a V-Shaped one!

The issue was like Ben he drew it up the night before, the issue I had was is I look at that board and I go, ‘that’s not to scale’. And I thought we were meant to be closer than what the picture actually said.”

“Yeah, that is something I thought that we were all going to do. Then I looked back and I thought no they’re not going to do it, well I’m committed now!”.

Here is the video of the players and Marler explaining what exactly went down with the Haka formation.