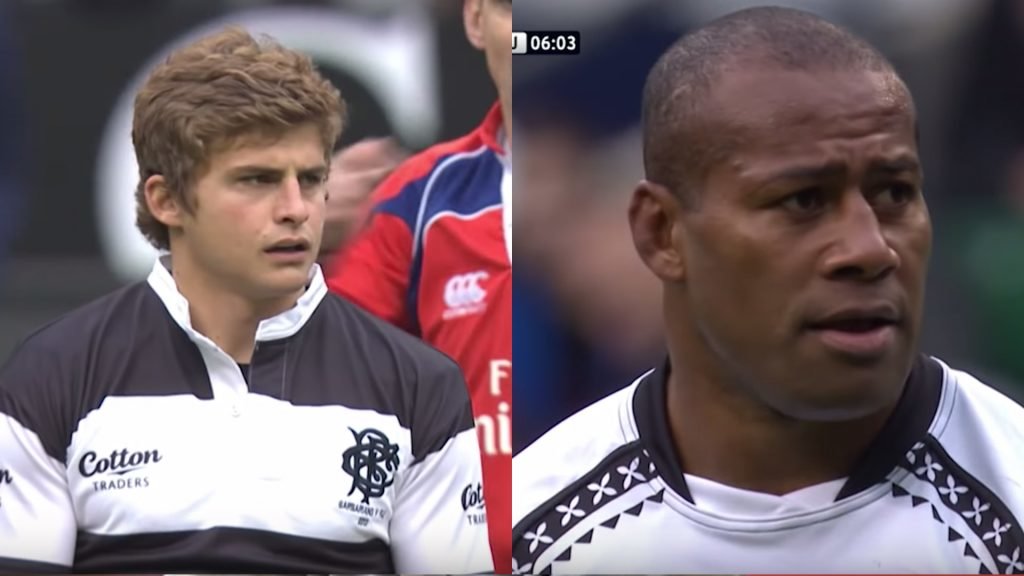 This was a classic encounter. The flair of the Fijians vs the downright crazy rugby that the Barbarians play.

The Barbarians take on Fiji on Saturday 16th November so we thought we would share this video from the last time that the teams took each other on.

The game itself was a fantastic affair with the Barbarians team featuring many of the World Cup-winning South African team. The likes of Vermeulen played alongside the likes of Pat Lambie and Aphiwe Dyantyi.

Look at the speed of the rugby that was taking place here it was fantastic.

Buy tickets for the next game between these two sides on Saturday 16th November 2019! Tickets – http://tiny.cc/6wpvfz

Here are the highlights of the last time that these teams played, it was an incredible spectacle!