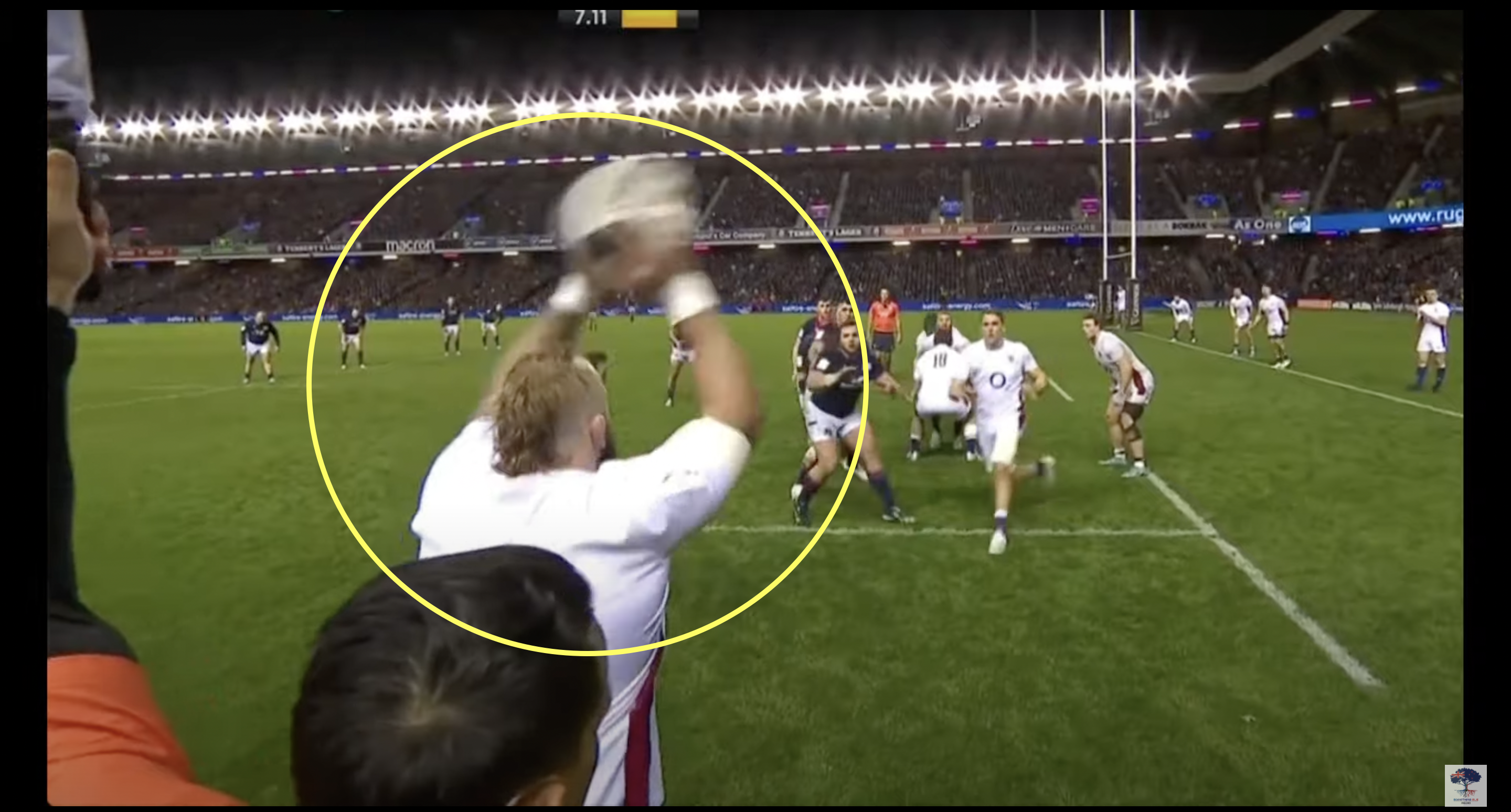 England loosehead Joe Marler has relived his lineout throwing horror show this week, listing the areas in which he went wrong.

The England veteran listed throwing the ball only three and a half metres and throwing it too late as the reasons why his dalliance at hooker failed, but glossed over the fact that the throw was not straight.

Marler’s lineout attempt in the Calcutta Cup is now infamous, as is his message to sin-binned hooker Luke Cowan-Dickie, and he went over it this week, explaining where he could probably improve for next time.

“Probably throw a little bit further than three and a half metres,” the 75-cap prop said.

“Bad. Probably do some throwing work this week, or just get someone else to do it.

“I didn’t throw it at the right time. I should have thrown it earlier at [Alex] Dombrandt, unfortunately I threw it later and he kept running past the five metres with the eyes of ‘mate, why are you not throwing the ball at me?’ and I went ‘I don’t know, I feel like Eminem in 8-Mile when he chokes on stage with his rap.’ That’s how I felt.

“Unfortunately, my international record is now down to 50 percent because it was at 100 percent in my third ever Test in South Africa away in 2012, Dylan Hartley got sin-binned, I threw it to Geoff Parling in the pod, he won the ball, I had a 100 percent throwing record. Unfortunately it’s down to 50 percent and now I can’t be really smug about that with Joe Gray at Harlequins saying that I have the better throwing-in record than him.”

Despite this lineout, Marler has been retained in the England squad to take on Italy this Sunday.