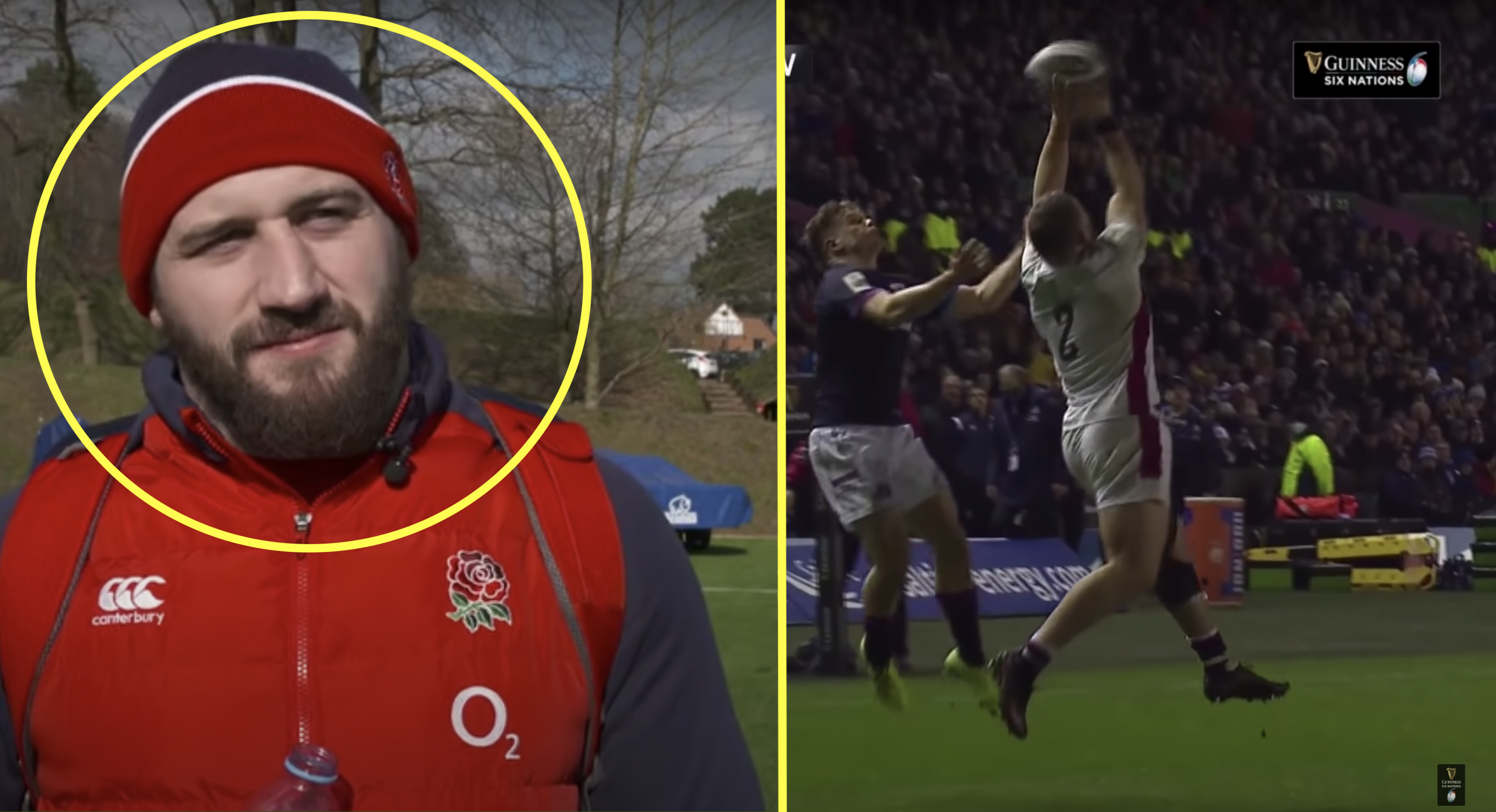 England hooker Luke Cowan-Dickie has received a lot of support following his yellow card for the penalty try he conceded in the final quarter against Scotland in the Six Nations yesterday.

That was the pivotal moment in the match, as England were leading by seven points at that point and looked comfortable. After the Exeter Chiefs man’s now infamous volleyball pat into touch, Scotland notched ten points and Eddie Jones’ men never got a look in.

Cowan-Dickie took to Twitter soon after to apologise for the yellow, writing: “Just want to apologise to all you supporters for today. I let myself and you guys down. Every time I play for my country I want nothing more than to make you guys proud. Thanks for all the support. Looking forward to bouncing back next week!”

Well if there was one thing that was more memorable than Cowan-Dickie’s yellow card, it was Joe Marler’s lineout throw a few minutes later. As it was not a scrum, England could not bring Jamie George on, and a well placed kick into England’s 22 from Finn Russell meant England had a defensive lineout when the scores were level. However, without a hooker on the pitch, the Harlequins loosehead was forced to take the throw.

It is safe to say Marler is not a hooker. In fact, the throw went wrong in almost every possible way. Not only was it not straight, but it did not go five metres anyway. This gave Scotland the ball, and they soon scored the match winning penalty.

While many of Cowan-Dickie’s teammates and compatriots have sent messages of supports and consolation, Marler has certainly been less sympathetic. The 75-cap forward commented on his front row partner’s Tweet, writing: “Helmet – you ruined my 100% throwing in record!!!” in what is undoubtedly the Tweet of the year.