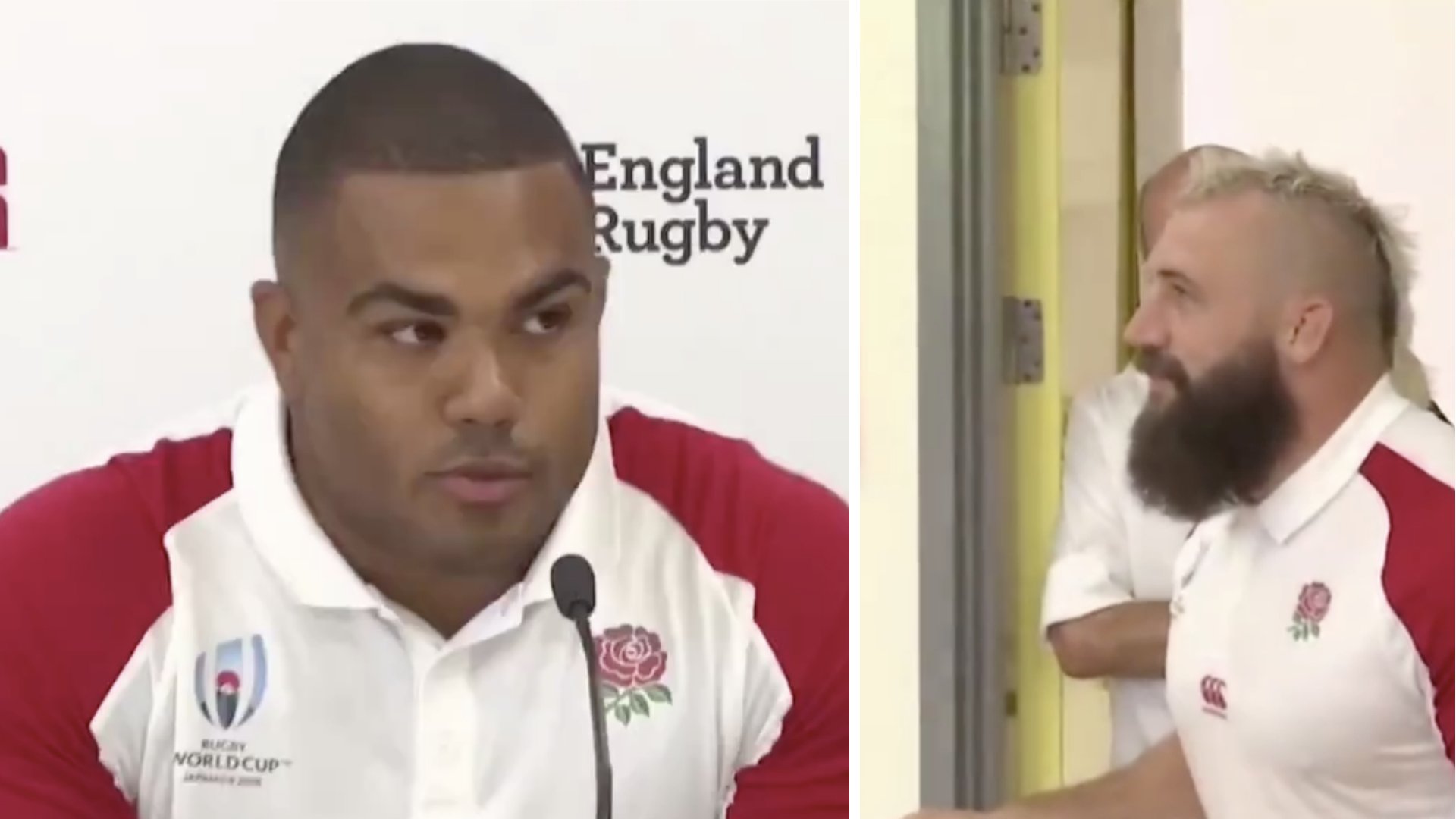 This is simply fantastic, you can just see Sinckler thinking, “oh here we go” as he spots Joe Marler at the back of the room. Marler is the gift that keep on giving and we’re so glad that he has decided to rejoin the England fold for the World Cup.

The press conference itself is almost completely dead here with only a few journalists in attendance. But it’s still absolutely hilarious to see Marler on top form, coffee in hand ready to go.

In other news: Eden Park sold out for Bledisloe double header

The All Blacks Bledisloe Cup decider against Australia in Auckland is officially sold out, New Zealand Rugby announced today.

A capacity crowd of 48,511 will fill Auckland’s Eden Park for Saturday night’s Investec Challenge Test featuring both the All Blacks and Black Ferns in a double-header event against their Australian counterparts.

NZR Chief Executive Steve Tew said the stage was set for an electric evening in Auckland.

“Anytime you have the All Blacks and Black Ferns both playing in front of a capacity home crowd it is a special occasion,” Tew said. “We all saw how exciting and enthralling the rugby rivalry between New Zealand and Australia can be in Perth and I’m sure everyone is looking forward to the return matches at Eden Park.”

The All Blacks are coming off a 47-26 loss to Australia as they look to retain the Bledisloe Cup when the Investec Challenge Test kicks off at 7.35pm, while the Black Ferns will be looking to back up their 47-10 win over Australia at 5pm.

“Both of our teams are excited about playing in front of their home fans and a sold-out Eden Park always creates a terrific atmosphere. There’s plenty on the line and these are the sort of matches we all look forward to,” Tew said.