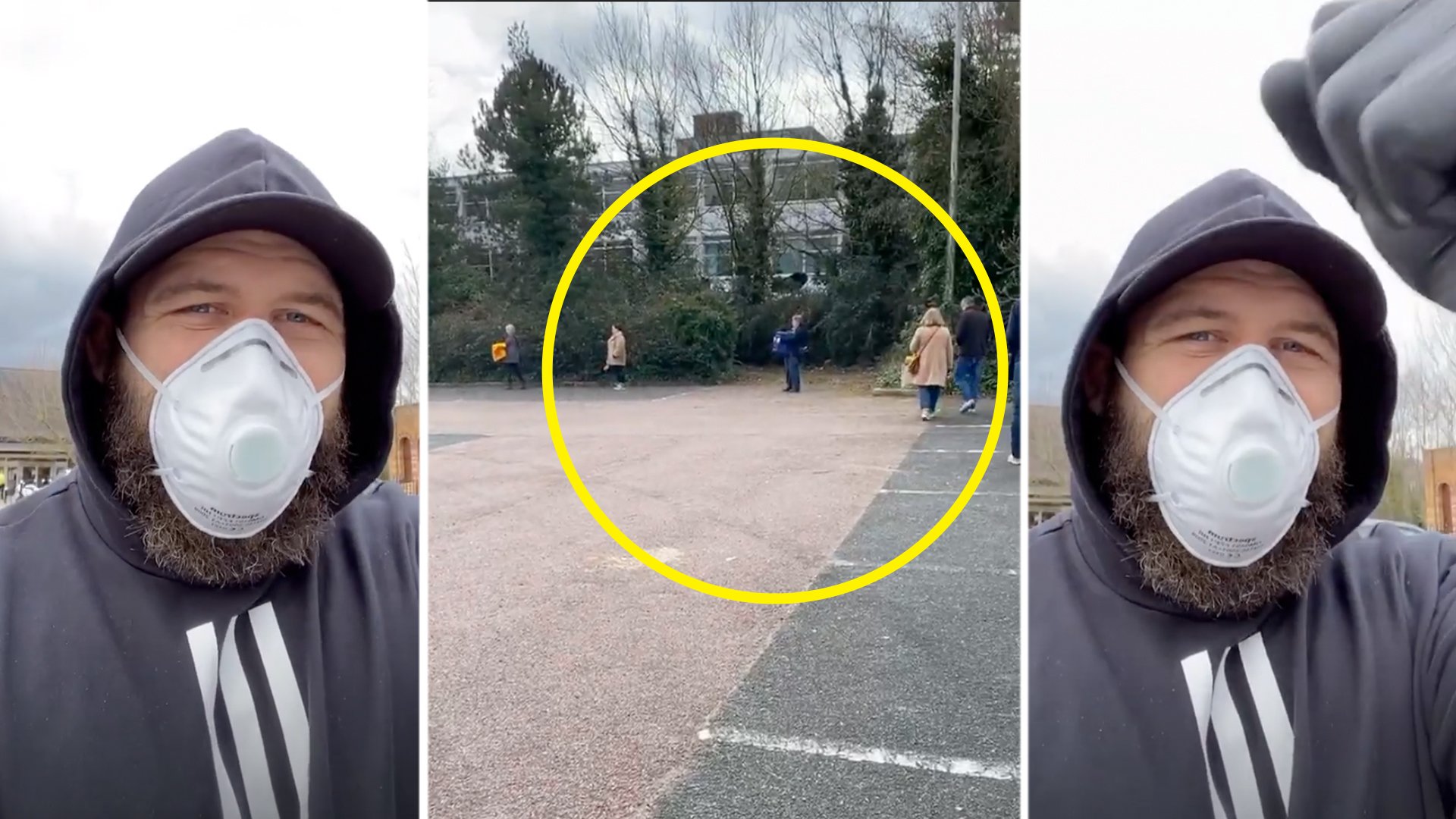 Joe Marler posted a disturbing video highlighting the reality of life in the UK right now for many people living in lockdown right now.

The England and Harlequins prop took to social media this morning showing what it was like on his weekly journey to the shops.

Marler has been in the spotlight a lot recently after his ball grab on Alun Wyn Jones in the Six Nations. It’s kind of crazy how 3 weeks ago that was the big news story in the world of rugby, now it’s about the survival of our sport.

Joe Marler returned to Twitter recently, posting this onto his profile…

It seems that the England star has kept under the radar recently as much as he can after the scandal which went South for him pretty fast.

This morning he posted a video on him queuing to go to the supermarket. He was wearing a face mask and black gloves, clearly taking every precaution that he can to not catch anything.

In the video, you could see a long line of people waiting to enter the Supermarket in a long line.

The UK is currently gripped in lockdown, it has been in force for almost two weeks now with shops only allowing a limited amount of people to buy food at a certain time.

Here is the Joe Marler video showing him queuing for the supermarket. It is quite a disturbing video when you see the reality of the World that we are living in today.

Both Marler and his family had been subject to a torrent of abuse online following his now infamous Alun Wyn Jones’ incident in the Six Nations.

While publicly, the majority took the incident relatively lightly, a vocal minority took the Harlequin to task for the grab, with some evenly claiming it was a sexual assault. The only public response from Marler to the debacle was on Twitter, where he posted on March 8th: ‘B******. Absolute b*******’.