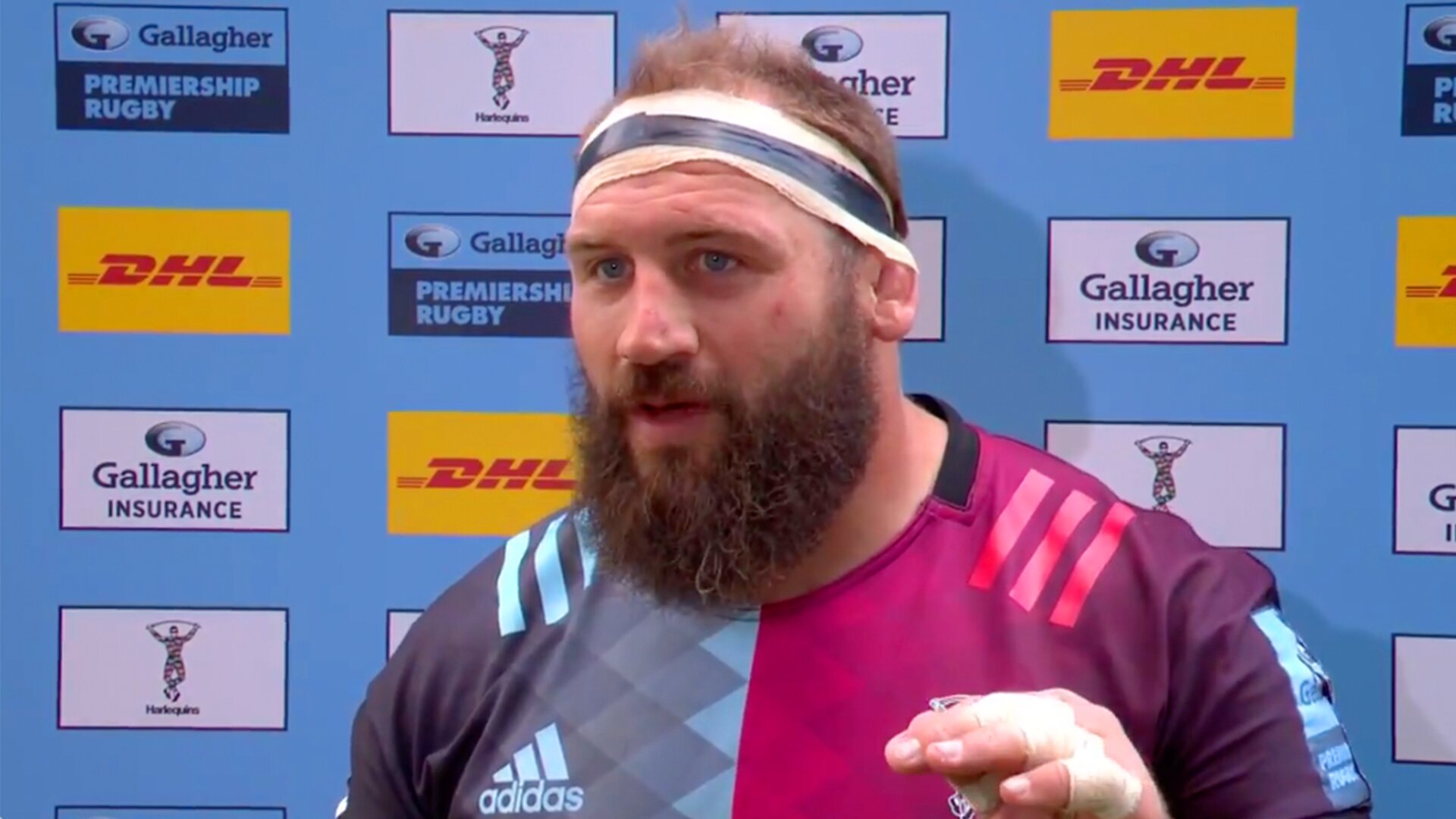 England loosehead Joe Marler has made it quite clear what his views are on promotion and relegation in the Gallagher Premiership.

Maybe this is a topic that the Harlequins star feels passionately about, maybe he just wanted to start a Twitter war for the sake of it, but he used the cancellation of Gloucester’s fixture with Worcester Warriors last night to share his views.

A Worcester statement said yesterday: “COVID-19 cases, illness and injuries mean that, despite every attempt to fulfil the fixture, we are unable to name a team with sufficient front row forwards to comply with the competition regulations.

“We currently have 36 players unavailable due to injury, illness or COVID-19, leaving us with only 18 fully fit players, of whom just three are prop forwards.

“When the side to face Gloucester was announced on Thursday we named the only four fit props in the club at that stage. The availability of Murray McCallum, who was named as replacement tighthead, was subject to him passing a fitness test on Friday morning. Unfortunately, Murray failed that fitness test.”

In response, Marler Tweeted this on Saturday morning: “Another reason why Prem Rugby should have relegation…” The England prop obviously feels that without the threat of relegation, clubs are more comfortable cancelling games, particularly those near the foot of the table like Worcester.

This has caused quite a storm on Twitter, with many people saying that these are exceptional circumstances. These are some of the responses:

“Why because relegation avoids people getting Covid?”

“Joe, you make it sound like Worcester wanted to cancel; must have been the furtherest from their minds. Fact is Premiership rules mandate teams must have 4 front row forwards in the squad. Would you have had Worcester fake their Covid tests just to fulfil the fixture?”

“Poor take here Marler mate. Don’t know how you can blame a COVID cancellation on the team that’s affected by it. COVID is very much still a thing.”

But there are certainly some that understand where Marler is coming from.

“Whilst it isn’t our fault, I understand the point. This game would 100% get rescheduled with relegation. Ringfencing has definitely made it easier to cancel and just sweep it under the carpet, and that isn’t good.
The Top 14 (with relegation) re-schedules cancelled covid games.”

Another reason why Prem Rugby should have relegation……. https://t.co/DfdlqFhR5G