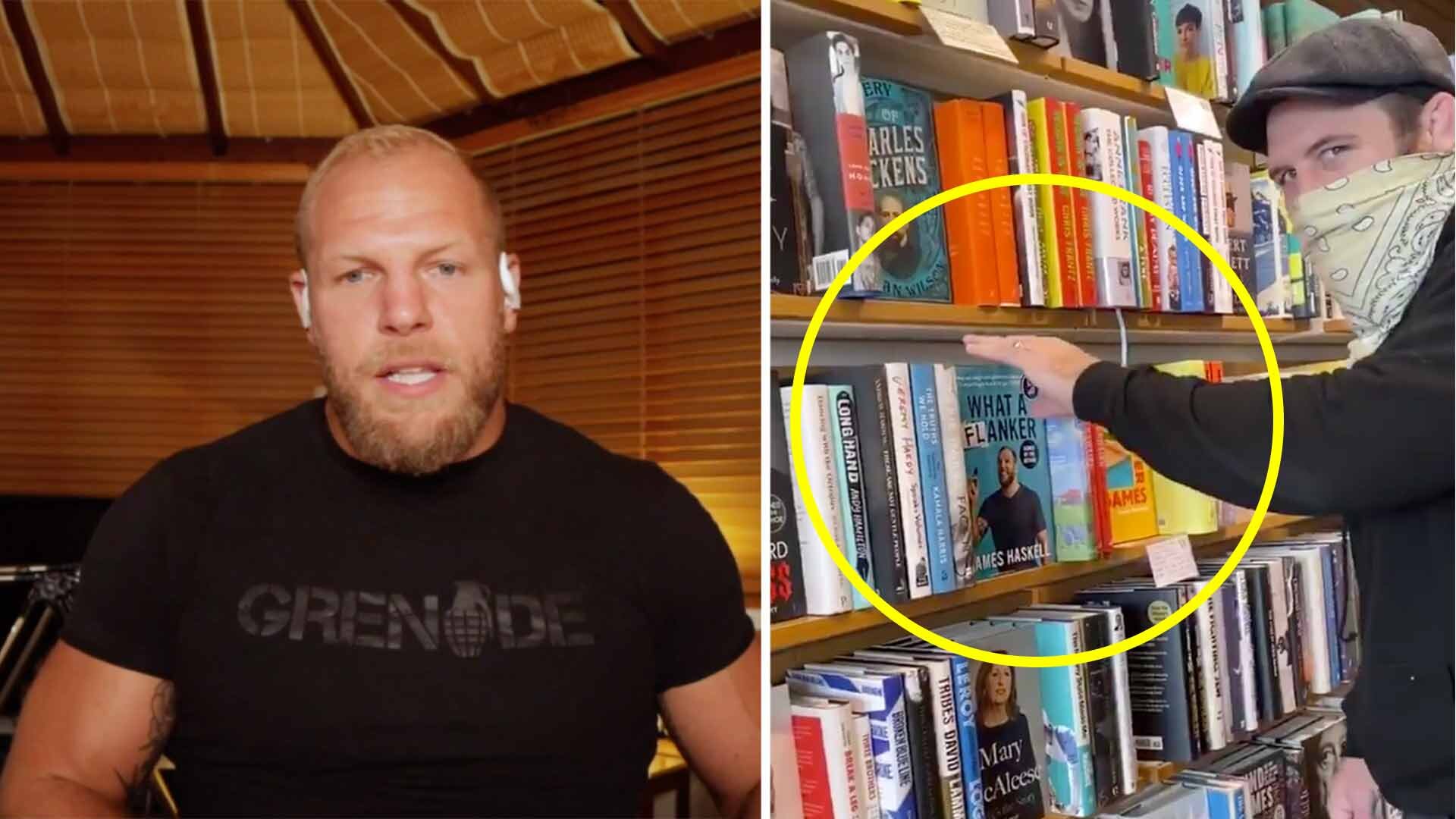 Both the rugby players have recently released autobiographies and both of the books are competing to be the Number 1 Sports Biography in the Amazon Bestsellers list.

The prop today decided to use a clever way of getting more attention to his book, which has opened up on the Harlequins front rower’s interesting life on and off the rugby field.

Marler went into a book shop and decided to, rearrange the books in the store to give his book a better chance and going up in the book ratings.

It’s all in good fun and the video has already amassed 200,000 views on social media. Joe Marler’s book focused on his recent mental health issues whilst Haskell’s looked heavily back on his early playing days and the wild stories from the Lions Tour matches and things like that. Both of the books have brilliant pulls which should certainly be watched if you get a chance.

Both the rugby stars will be hard-pressed to overtake Arsene Wenger who sits comfortably at the top of the Amazon best sellers for Sports Autobiographies.

The best way to take down the king of social media…… cheat! @jameshaskell pic.twitter.com/4YE66tU0qx

But the likes of England head coach Eddie Jones have embraced Marler’s character. Despite a short-lived retirement from international rugby in 2018, he has thrived under the Australian, touring with the British and Irish Lions in 2017 and playing in the RWC final last year.

The book will be one of quite a few autobiographies released this year from some of England rugby’s most intriguing characters.