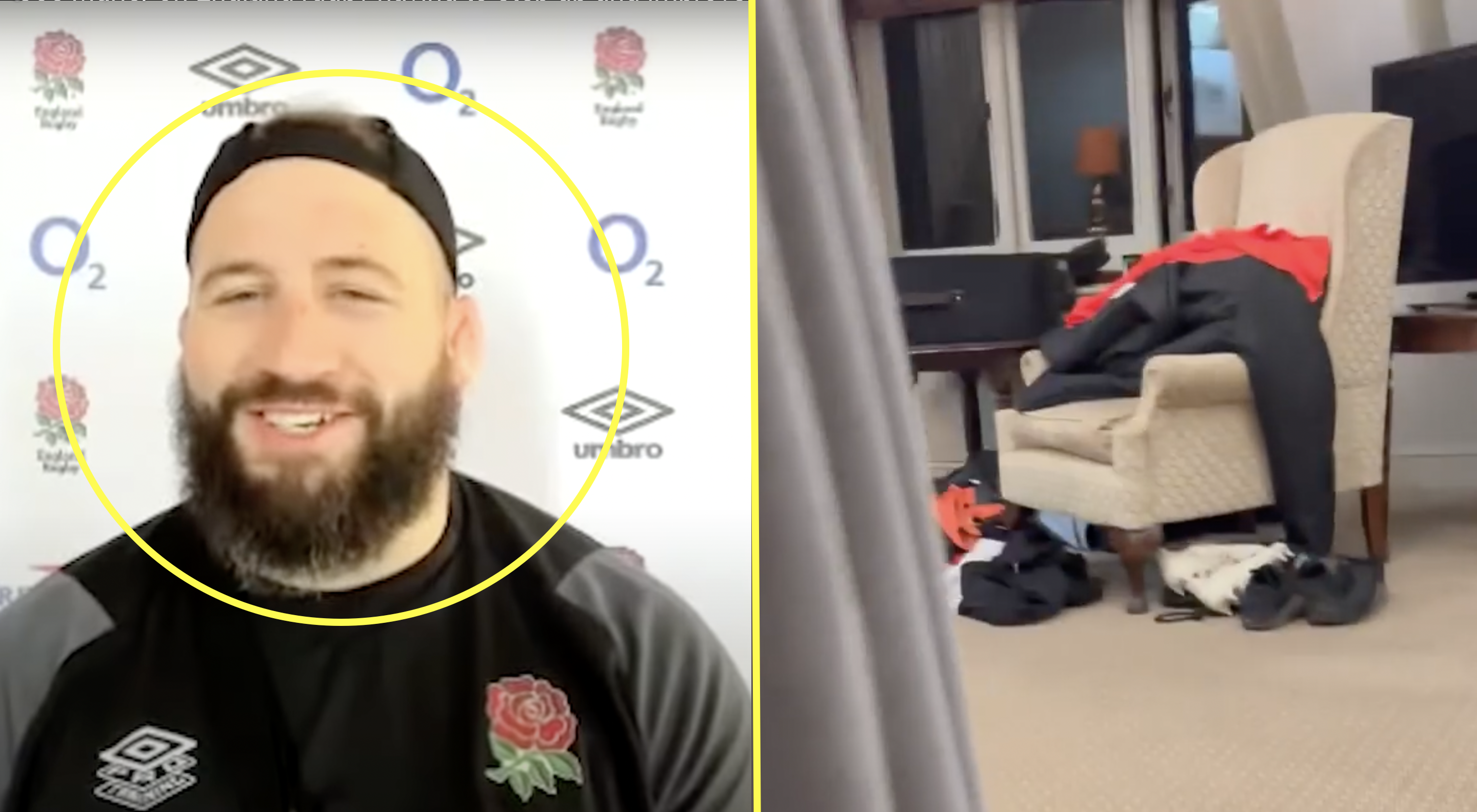 While almost all of the rugby world are disappointed that the Six Nations is slowly coming to an end, one person that might secretly be relieved is England’s Jamie George as he will no longer have to share a room with Joe Marler.

The front row duo have obviously been rooming with each other this week, and the Harlequin took the opportunity to record George while he was in the shower singing Adele’s ‘Easy on Me’, before jumping around the corner and giving the hooker the fright of his life.

Both players have been included in Eddie Jones’ 28-man squad that will prepare for France this Saturday in the Six Nations finale. Though England’s hopes of the title ended at Twickenham last Saturday against Ireland, they still have a chance of scuppering France’s Grand Slam party.

George himself was monumental in England’s loss to Ireland, putting in a heroic performance in an England pack that were a man down for almost the entirety of the match after lock Charlie Ewels was red carded after 82 seconds.

George said after the match: “In 18 months’ time when we prepare for a World Cup we’ll look back and say that was our statement game we can hold ourselves to.

“That game is the benchmark for what we want to try to be at. Give us an extra player and we might have pushed it a little bit closer.

“Sometimes a performance like that can make you realise what you’re actually capable of. That’s why it’s odd.

“We have to win against France on Saturday, I really do think that. I’m desperate to win. Not for any reason other than we deserve to off the back of the performance we put in here.

“Maybe ‘need’ to win is the wrong word but we owe it to ourselves and go to Paris and put in a performance which really ruffles some feathers. Hopefully we will then get a win off the back of that.”

Perhaps Marler has been preparing George for the terrifying prospect of facing France in Paris all week: