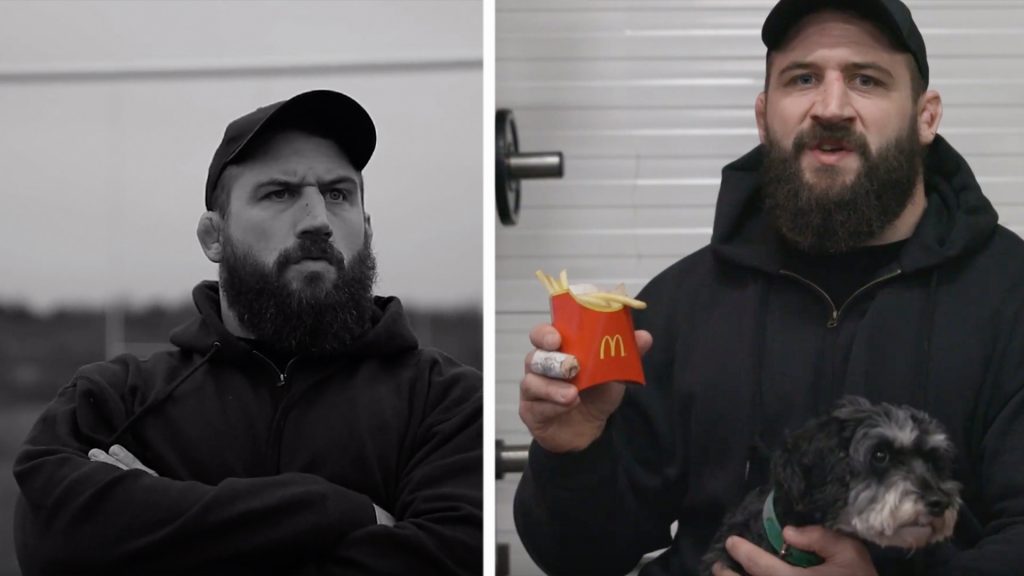 Joe Marler is seen by many rugby fans as one of the most interesting men in rugby. The fact that he is now on a McDonalds advert is testament to that.

The England prop released this video on his social media today promoting an advert for McDonalds new fries this weekend.

The video is incredibly cleverly made and it really does show how Marler really is a smart entertainer.

The video went live and people online are loving it, others aren’t too sure whether McDonalds is a proper brand for rugby players to promote…

Joe Marler is making serious moves int he Rugby World and he can probably be considered to be one of the most recognisable faces in the sport in England now.

The charismatic prop was part of Harlequins’ Amlin Challenge Cup and Aviva Premiership winning campaigns, scoring a pivotal try in the 2012 Premiership semi-final against Northampton Saints.

In 2016, he was part of England’s Grand Slam-winning campaign and played a significant role in securing back to back Six Nations titles in the 2017 tournament.

Marler was named in the 2017 British and Irish Lions squad to tour New Zealand. Making his debut against the Provincial Barbarians, he represented the prestigious side on five occasions during the midweek matches.

In 2017 Joe Marler extended his deal by a further three years, keeping him with Harlequins, his only club, until at least 2021.

Here is the video that he released for McDonald’s doing their promotion.

This is brilliant in terms of clever adverting and it really is ingenious.

What do you think of this?